Getting to 100% clean, renewable energy:
A roadmap to transition homes, cities, countries, and the world 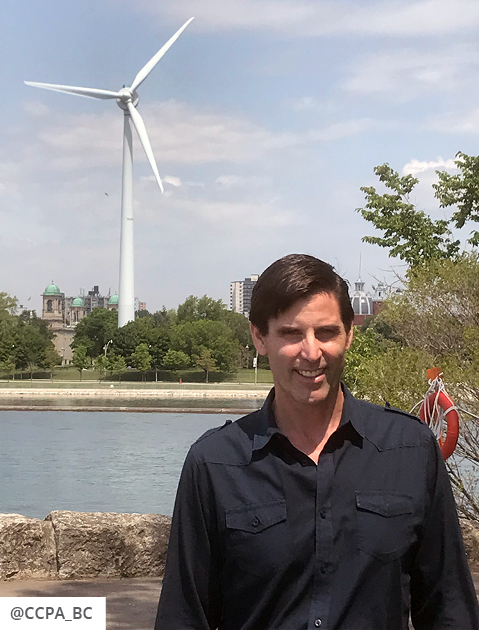 Global warming, air pollution, and energy insecurity are three of the most significant problems facing the world today. This talk discusses the development of technical and economic roadmaps to convert the energy infrastructures of homes, cities, countries, and the world to those powered by 100% wind, water, and sunlight. In addition to mitigating global warming, these roadmaps have potential to eliminate millions of air pollution deaths annually, stabilize energy prices, lower catastrophic risk, and reduce international conflict over energy.

Mark Z. Jacobson is Director of the Atmosphere/Energy Program and Professor of Civil and Environmental Engineering at Stanford University. He is also a Senior Fellow of the Woods Institute for the Environment and of the Precourt Institute for Energy. He received a B.S. in Civil Engineering, an A.B. in Economics, and an M.S. in Environmental Engineering from Stanford in 1988. He received an M.S. and PhD in Atmospheric Sciences in 1991 and 1994, respectively, from UCLA and joined the faculty at Stanford in 1994. He has published two textbooks of two editions each and over 155 peer-reviewed journal articles. He received the 2005 AMS Henry G. Houghton Award and the 2013 AGU Ascent Award for his work on black carbon climate impacts and the 2013 Global Green Policy Design Award for developing state and country energy plans. In 2015, he received a Cozzarelli Prize from the Proceedings of the National Academy of Sciences for his work on the grid integration of 100% wind, water and solar energy systems. He has served on an advisory committee to the U.S. Secretary of Energy, appeared in a TED talk, appeared on the David Letterman Show to discuss converting the world to clean energy, and cofounded The Solutions Project.

About Gideon Rosenbluth: Gideon Rosenbluth was a long-time research associate with the Canadian Centre for Policy Alternatives and a highly respected member of the UBC economics department, and the economics community in Canada and around the world. His rigorous approach to scholarship and community involvement was guided by his commitment to social justice. Among his many roles, he was president of the Canadian Association of University Teachers and president of the Canadian Economics Association. In honour of Gideon, CCPA and the Vancouver School of Economics are pleased to host the annual Gideon Rosenbluth Memorial Lecture.

This event is sponsored by the Canadian Centre for Policy Alternatives and UBC's Vancouver School of Economics.