As was expected, the provincial budget released by Nova Scotia's ruling New Democratic Party is characterized by a fixation on getting “back to balance”.  With a debt to-GDP ratio of 35%, there is no need to prioritize fiscal balance to the exclusion of other important needs. What is being further unbalanced in the government’s rush “back to balance”? Our rural communities are struggling against a tide of out-migration, and many people among us are struggling to make ends meet.

Persistent inequalities and inequities across our province require our government to lead the way by reframing this debate so that it is about our collective future.

For a budget that would move the province Forward to Fairness through targeted investments in Nova Scotia's future, funded by fiscally responsible progressive taxation, see our Nova Scotia Alternative Budget, which can be downloaded here. 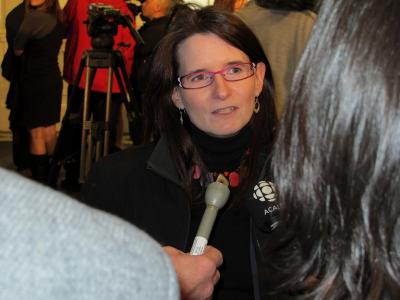 Click the image above to see footage of CCPA-NS Executive Director, Christine Saulnier, reacting to the budget.

The Chronicle Herald covered reactions to the budget, here.