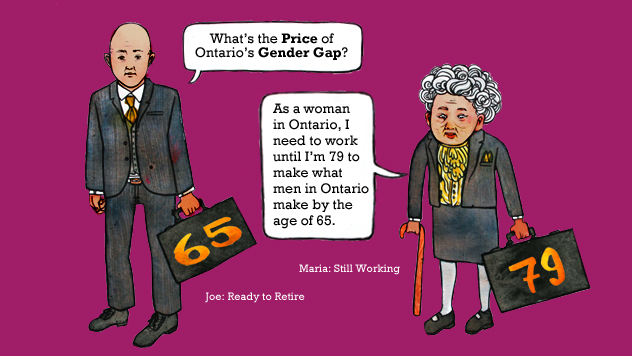 It falls on this day because a woman, on average, would have to work all last year, plus all working days up until April 16 of the current year just to make the average male income. It's a week later than last year, which means the gap between women's and men's average earnings is getting bigger, not smaller.

See our full report for the details.

Put another way, a woman would have to work till age 79 to make what a man makes by retirement age.

Here are some fast facts, in the form of a special edition of Hennessy's Index.