Home › CCPA Offices › BC Office › About Us › Staff 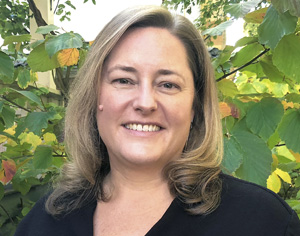 Shannon has worked with the CCPA-BC since its early days, helping to grow the organization from a scrappy DIY outfit to a widely recognized source of progressive research and policy ideas.

Shannon's work mixes her expertise in both research and communication. Her research interests include social movements, framing, environmental communication, and democratic capacity. She co-directs the Corporate Mapping Project with Bill Carroll at the University of Victoria. The project is investigating the power and influence of the fossil fuel industry in Canada, and is jointly led by UVic, the CCPA's BC and Saskatchewan offices, and the Alberta-based Parkland Institute.

Outside her day-to-day work life at CCPA, Shannon has taught in the School of Communication and Culture at Royal Roads University and volunteered on the boards of organizations like the Wilderness Committee, CCEC Credit Union and the Vancouver Public Library. Follow Shannon on Twitter 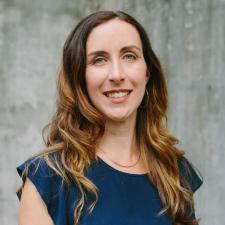 Emira is an accomplished communications professional, digital strategist and entrepreneur. As Associate Director, Emira oversees the BC Office's communications team, and is a member of the management team. Through her former company Raised Eyebrow, she has had the opportunity to work with many organizations in the progressive sector, including non-profits, unions and public institutions. She has also played a lead role in producing and facilitating the Social Venture Institute with Hollyhock, and is a published author and advocate for women in leadership. 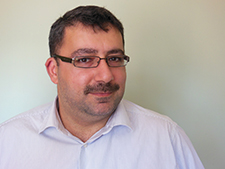 Mariwan manages the day-to-day operations of the CCPA-BC and shares responsibility for the financial and administrative oversight of major projects. He holds a degree in civil engineering and most recently managed operations for a 50+ employee, multimillion-dollar retail enterprise. Mariwan has been active in the struggle for democracy, human rights and freedom for as long as he can remember, for himself and for others. He is happy to be part of an organization that not only believes another world is possible, but shares in the practical work of building it. When not working, Mariwan can be found in the kitchen cooking with his kids, or on the soccer pitch coaching them.  He is also a Canucks fan, and asks that you don't hold it against him.

Steph is responsible for administrating and coordinating various financial, operational, and development functions at the CCPA-BC office. She comes from a long line of work in social justice activism, having been involved with unions and organizations that focus on climate justice, sustainability, student activism, and support for women. Steph holds an MA in Humanities, where she specialized in social theory and continental philosophy. Her formal education, along with her lived experience as a Filipina-Canadian has strengthened her critical thinking skills, which informs the way that she lives and works. Steph currently sits on the Board of Room Magazine, Canada’s oldest feminist literary journal. When she’s not working, Steph spends her time volunteering in the community, creating art, discovering new music, immersed in a new book, or taking long walks in the park with her pup. 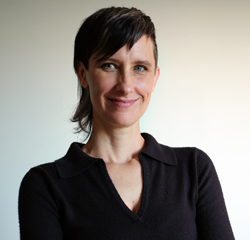 Terra coordinates publication of the CCPA-BC's research and works with authors, partners and media producers to develop engaging multimedia to activate our ideas and inspire dialogue. As the in-house designer she produces a range of accessible materials including infographics, videos and slideshows. Terra has a BFA in Photography and Art+Text from Emily Carr University and is the editor and co-author of Non-Regular, a book about precarious academic labour. As an artist and long-time activist on anti-poverty and prisoner justice issues, Terra brings her passion for social change to all of her creative work at the CCPA. Proud mom of two grown kids, she lives in East Vancouver. 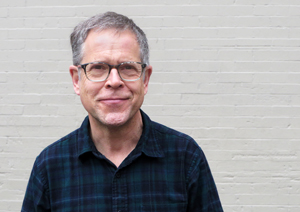 Ben joined the staff team in 2005 after years working as an investigative journalist with numerous magazines, and previous to that as a reporter with The Vancouver Sun. He is author and co-author of two books on forestry issues and currently devotes much of his policy research to natural resources, with special attention paid to energy, water, and forest resources and climate change. He values being part of a great team at the CCPA as well as the opportunities provided to meet regularly with First Nations, community leaders, environmental advocates and the many people who work in the province’s resource industries and who are committed to progressive change.

Ben is an avid cyclist and budding day hiker who likes to take advantage of the  many outdoor recreation options open to him and others living in Victoria and south Vancouver Island. He is the proud father of a super-talented daughter, Charlotte Priest, who is wise beyond her years and has taught him much. He also loves to listen to music—the good old fashion way—on vinyl. Follow Ben on Twitter 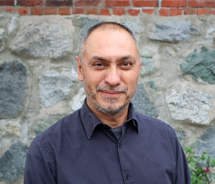 Marc researches and writes on a variety of economic and social policy issues for the CCPA’s BC and National Offices. In addition to tracking federal and provincial budgets and economic trends, Marc has published on a wide range of topics from poverty and inequality to globalization and international trade to public services and regulation. He is the Director of the Climate Justice Project, which looks at climate change and energy policies in BC and nationally, integrated with social justice. Marc was "classically trained," with an MA in Economics from Simon Fraser University and a BA in Economics from the University of Western Ontario. But most of the time he argues against the conventional wisdom in economics and policy debates. He is a past Vice Chair of the Vancouver City Planning Commission. Prior to joining the CCPA, Marc was engaged in popular economics education through RAIN, a partnership with his spouse. Marc also worked for the federal government in the mid-1990s as an economist in the Information and Communications Technology branch of Industry Canada. Follow Marc on Twitter 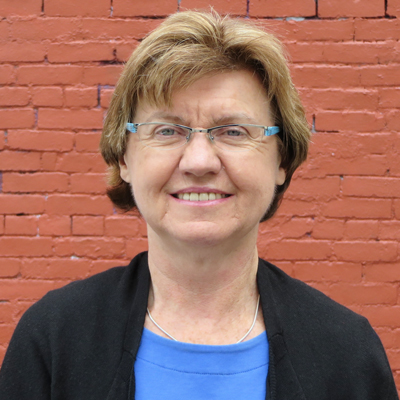 Jean manages the CCPA-BC’s media outreach and publication production. She has extensive communications experience in the non-profit and government sectors including at the David Suzuki Foundation and Vancouver Public Library.

Jean came to communications work from a career in journalism locally, nationally and internationally, including covering civil wars in El Salvador and Guatemala. She has won journalism and communications awards, and is passionate about telling stories that need to be heard. 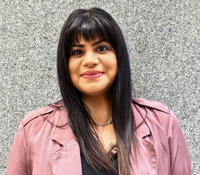 Rav is responsible for developing creative fundraising programs and planning engaging events for CCPA-BC supporters. The seven years she spent working in youth addictions and mental health and two years with seniors helped cultivate her passion for social and economic justice. She loves learning new things and discussing issues that impact British Columbians. 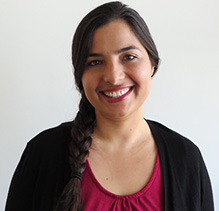 Iglika is a feminist economist who researches and writes on key social and economic challenges facing BC and Canada, including poverty, economic insecurity and labour market shifts toward more precarious work. Iglika also investigates issues of government finance, tax policy and privatization and how they relate to the accessibility and quality of public services. She is particularly interested in the potential for public policy to build a more just, inclusive and sustainable economy.

Iglika actively seeks opportunities to share her expertise more broadly. Much of her community involvement outside of CCPA—on boards, in coalitions and in other advisory roles—is in service of promoting equity and empowering women and other marginalized people. 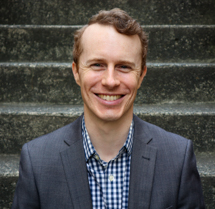 Alex Hemingway is a Senior Economist and Public Finance Policy Analyst at the CCPA’s BC Office. His research focuses on tax fairness, public finances, public services, and economic inequality in BC and Canada.

Alex holds a PhD in political science from the University of British Columbia, where his research examined the relationship between economic class and political inequality in the advanced industrialized world. He holds two master’s degrees from the London School of Economics (MSc Social Policy and Planning; MSc Global Politics), as well as a BA in psychology from Simon Fraser University. Follow Alex on Twitter 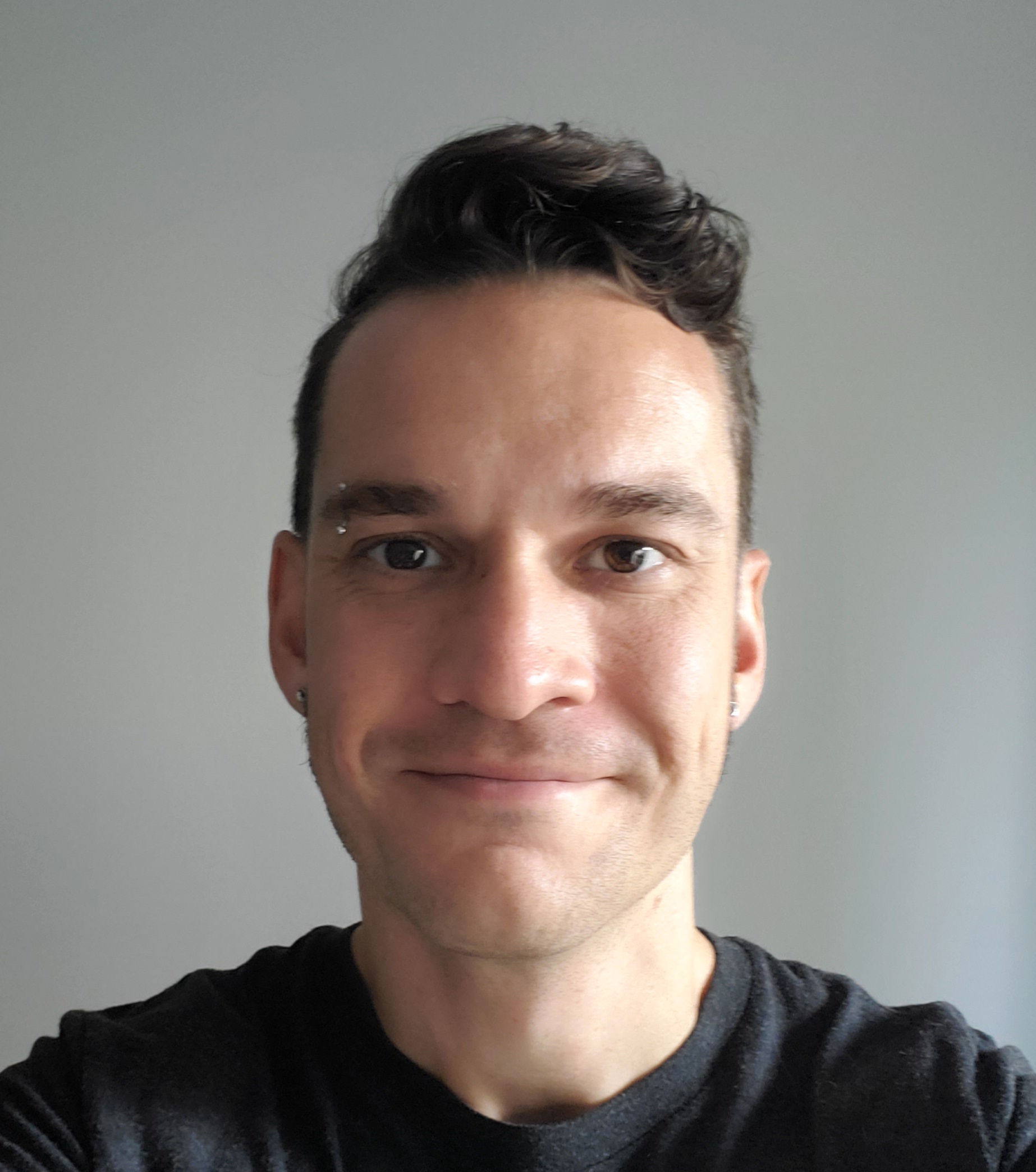 Joel manages digital communications for CCPA-BC, including social media, e-mail communications, and websites. He previously worked 11 years in Alberta politics for Public Interest Alberta, Friends of Medicare, and for Alberta NDP Leader Brian Mason. He has a degree in Middle Eastern and African Studies and Religious Studies from the University of Alberta and a diploma in Computer Systems Technology from Lakeland College.

In his personal time, Joel likes to stay active, play music, and mix cocktails. He cheers for the Oilers, much to the chagrin of some of his coworkers. 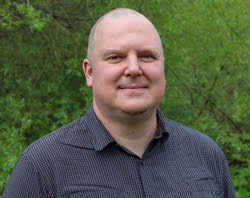 Bojan (pronounced Boyan) joined the CCPA–BC Office in January 2020. He manages two Partnership Grants funded by the Social Sciences and Humanities Research Council (SSHRC): the Corporate Mapping Project and Understanding Precarity in BC (UP-BC). He has a degree in environmental studies (environmental protection analyst) and over 20 years of experience in grant facilitation, program and project management, national and regional network coordination and non-formal education and training delivery. He is a passionate advocate of inclusive education and social inclusion. His previous work included research and development of education, youth and disability policies in Southeast Europe.

Bojan is passionate about the environment, nature and animals and is always looking for exciting off-leash trails to conquer with his dog and family. He enjoys music, especially on vinyl, and spends his free time with books, comics and graphic novels, playing collaborative board games and trying new plant-based recipes.