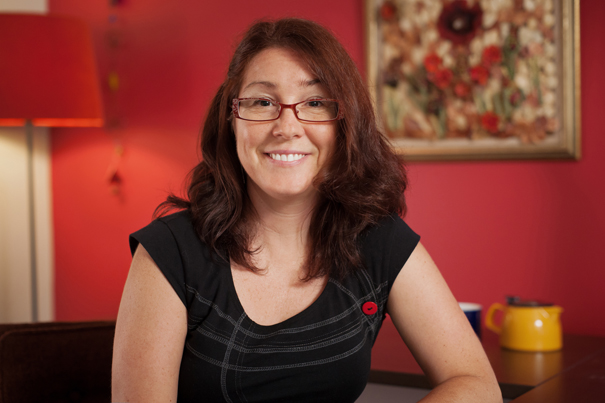 Melanie has been with the CCPA National Office since 2002 after having worked for 12 years as a front line caregiver with the Children’s Aid Society and lifeskills coach with adults dealing with mental health issues. It’s with great pleasure that she now uses her skills in accounting at the CCPA. Being part of an organization that works to strengthen the social net of Canadians keeps her connected to the values and goals perpetuated through her years of work within the social services.

Outside of the office she can often be found on a tennis court or in a yoga studio. 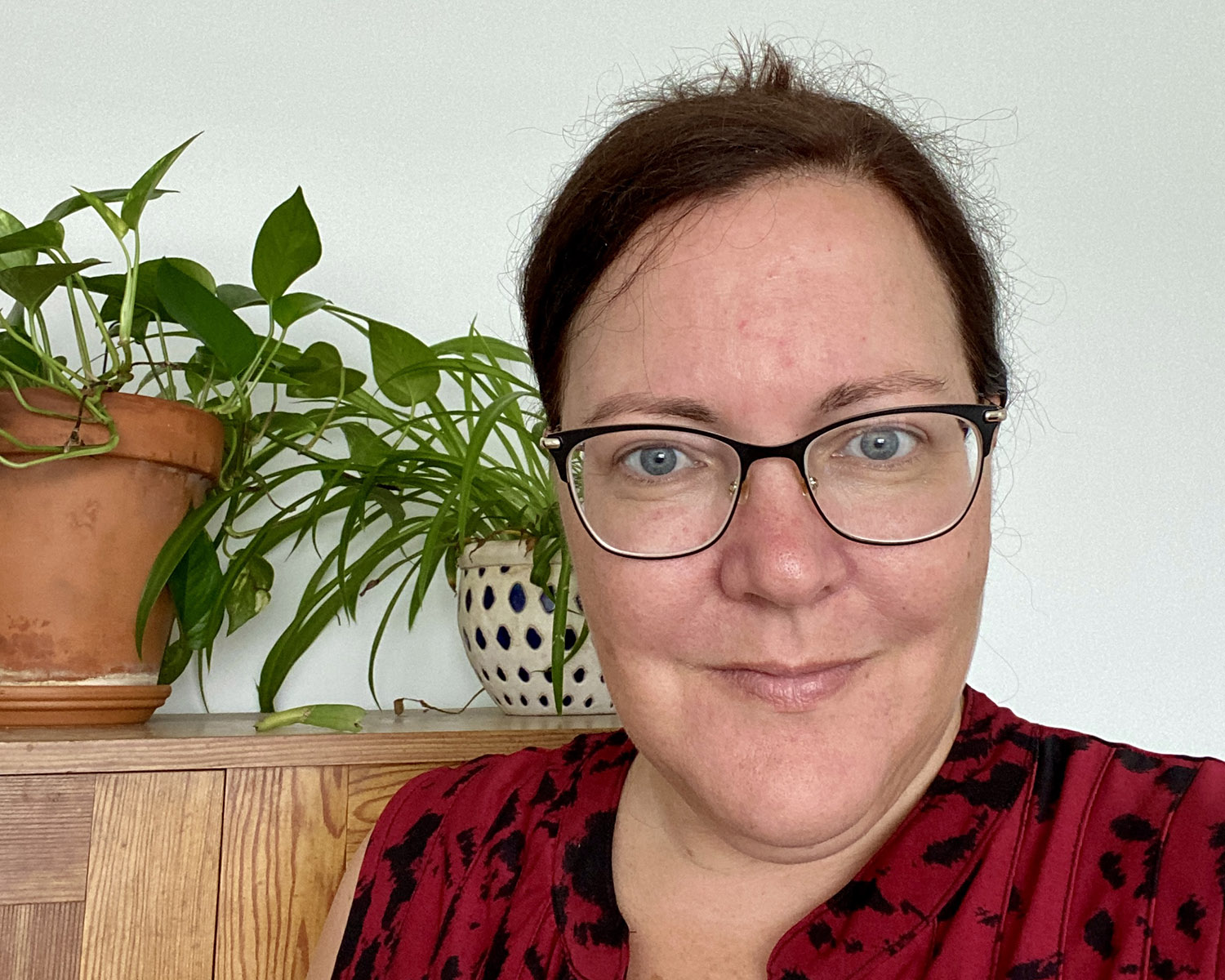 Anskia started at the CCPA when fax machines were still a popular way to communicate. Having watched both CCPA and our ways of communication grow and change, Anskia is proud to belong to an organization that reflects her personal values of social justice, fairness and equality.

She enjoys working with the development team as senior database administrator. When she’s not solving data puzzles, you can find Anskia in her natural habitat—rural eastern Ontario, raising her daughter and spending time taking nature photos, exploring local trails and beaches or papercrafting. 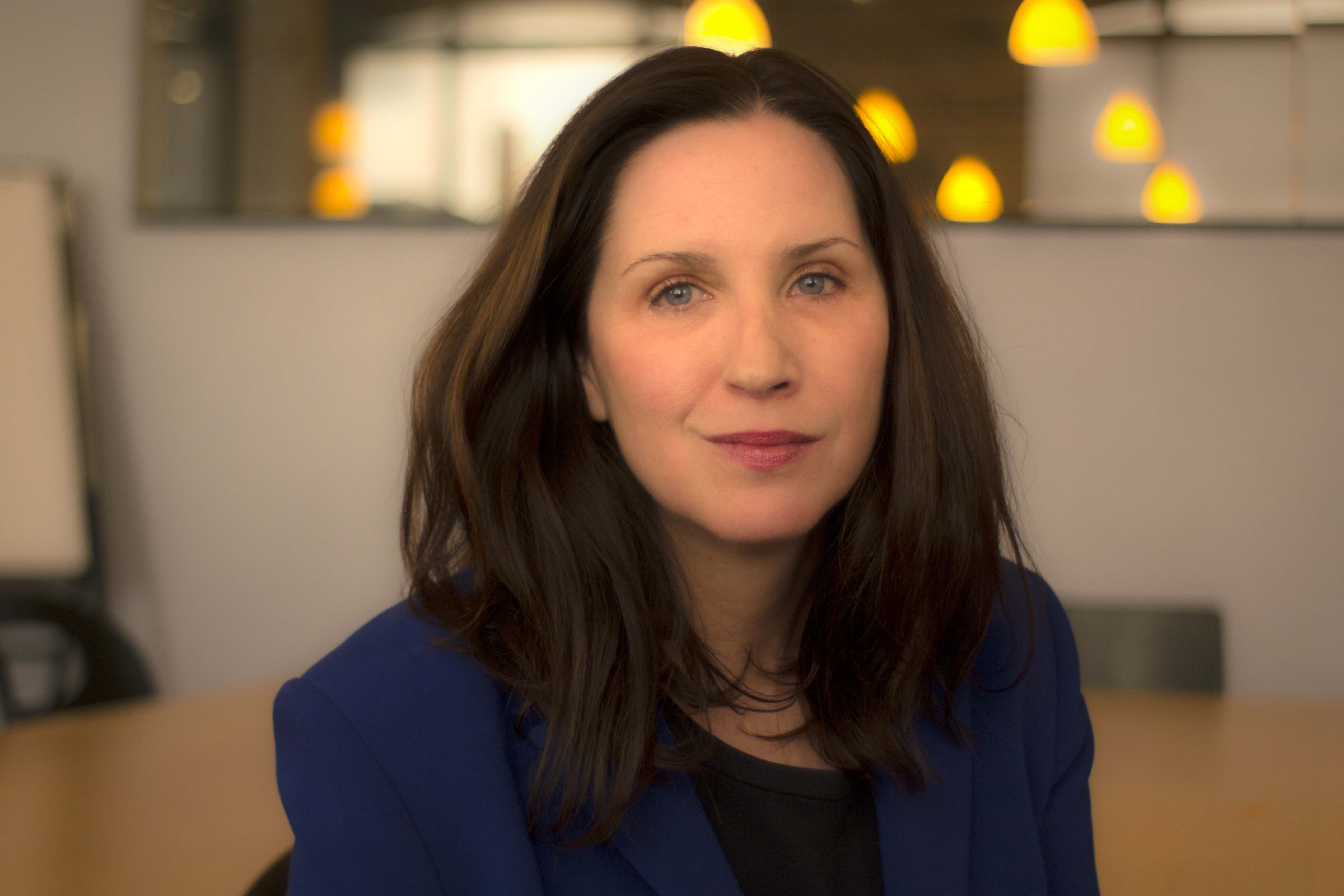 Trish is the Director of the Think Upstream project and a senior communications strategist with the CCPA National Office.

Trish was the founding director of the CCPA Ontario and co-founded the Ontario Living Wage Network. She was the founding director of the CCPA National Office's growing gap project, which began in 2006. Trish was a former newspaper journalist, originally from Saskatchewan but she now lives in Toronto. She has a B.A. Sociology from Queen's University, a B.S.W. from Carleton University, and an M.A. in Sociology from OISE/University of Toronto 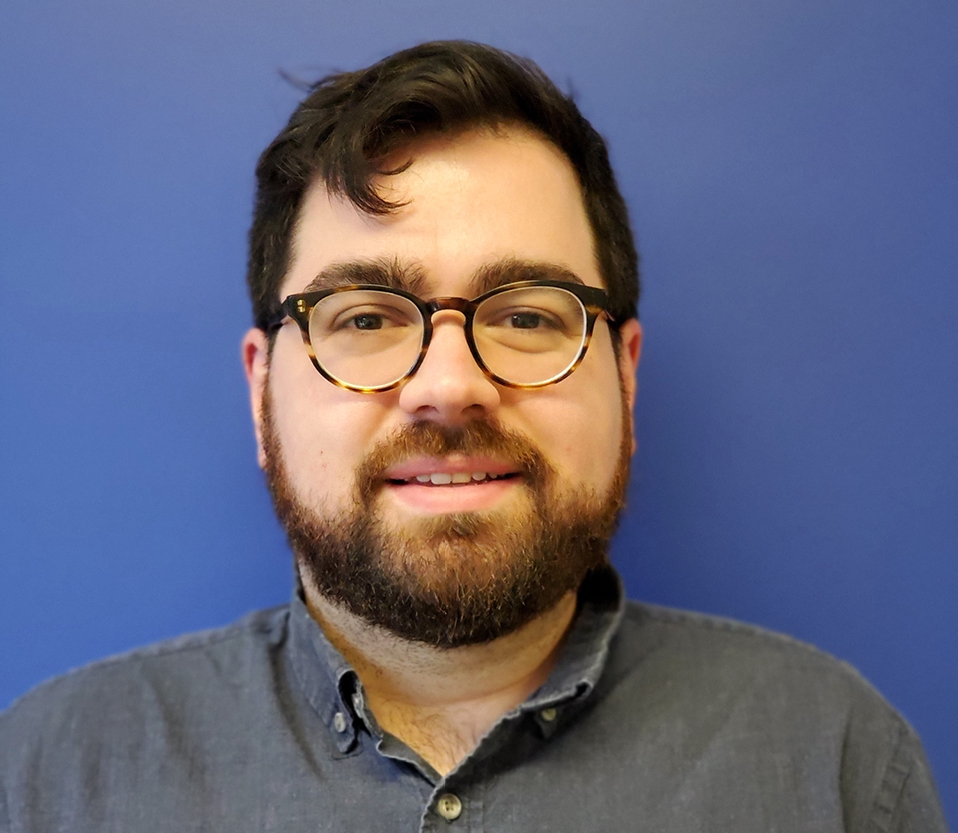 Patrick joined the CCPA's development department in 2019, working on gift processing and database support. He graduated from the University of Ottawa in 2010 with an Honours Bachelor of Social Sciences in International Studies and Modern Languages, working in development, membership, and administration at Canada's NDP prior to joining the CCPA.

Jolson (he/him) joined the CCPA in 2021 as a communications specialist, working for the National Office and writing for Think Upstream. Previously, he was a journalist on Parliament Hill with iPolitics and The Hill Times, where he reported on federal policy and politics. His work has also appeared in the Toronto Star and Ottawa Citizen. As a journalist, he wrote frequently about the economy, climate change and COVID-19.

Jolson lives in Toronto, his hometown. He has a Bachelor of Journalism from Carleton University, where he graduated in 2017. 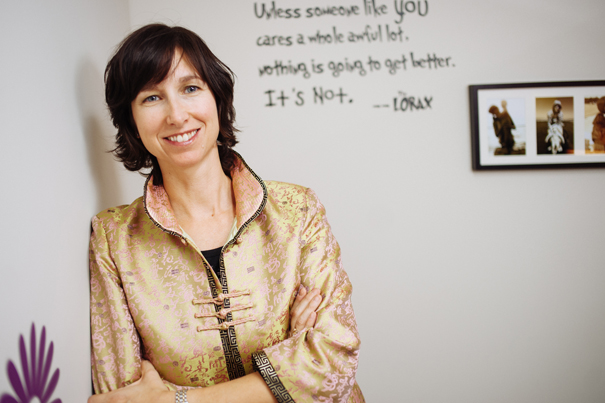 Katie came to the CCPA in 2013 with the mandate to establish a national legacy giving program and establish closer relationships with our most valued donors, including our incredible community of monthly donors. CCPA's national legacy giving program is now thriving and Katie loves working with donors who are keen to help ensure that the CCPA remains one of Canada’s leading progressive voices in public policy debates for generations to come.

Prior to joining the CCPA team, Katie established legacy giving programs for several not-for-profit organizations, including the David Suzuki Foundation, Evergreen and the Toronto Humane Society and worked closely with their most valued supporters.

Katie is inspired by nature and can be found outside as much as possible. She is kept young at heart by her two daughters and family adventures big and small. Katie is a bit of a gypsy at heart and loves spontaneous encounters with new people, places and food. 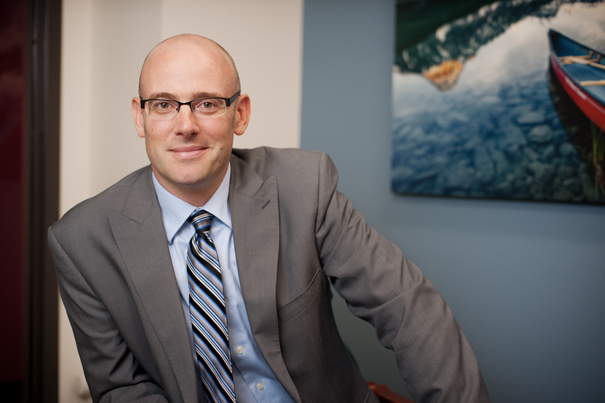 David joined the CCPA as its Senior Ottawa Economist in 2011, although he has been a long time contributor as a research associate. Since 2008, he has coordinated the Alternative Federal Budget, which takes a fresh look at the federal budget from a progressive perspective. David has also written on a variety of topics, from child care to income inequality to federal fiscal policy. He is a regular media commentator on national policy issues, often speaking to the CBC, Globe and Mail, Toronto Star and Canadian Press. 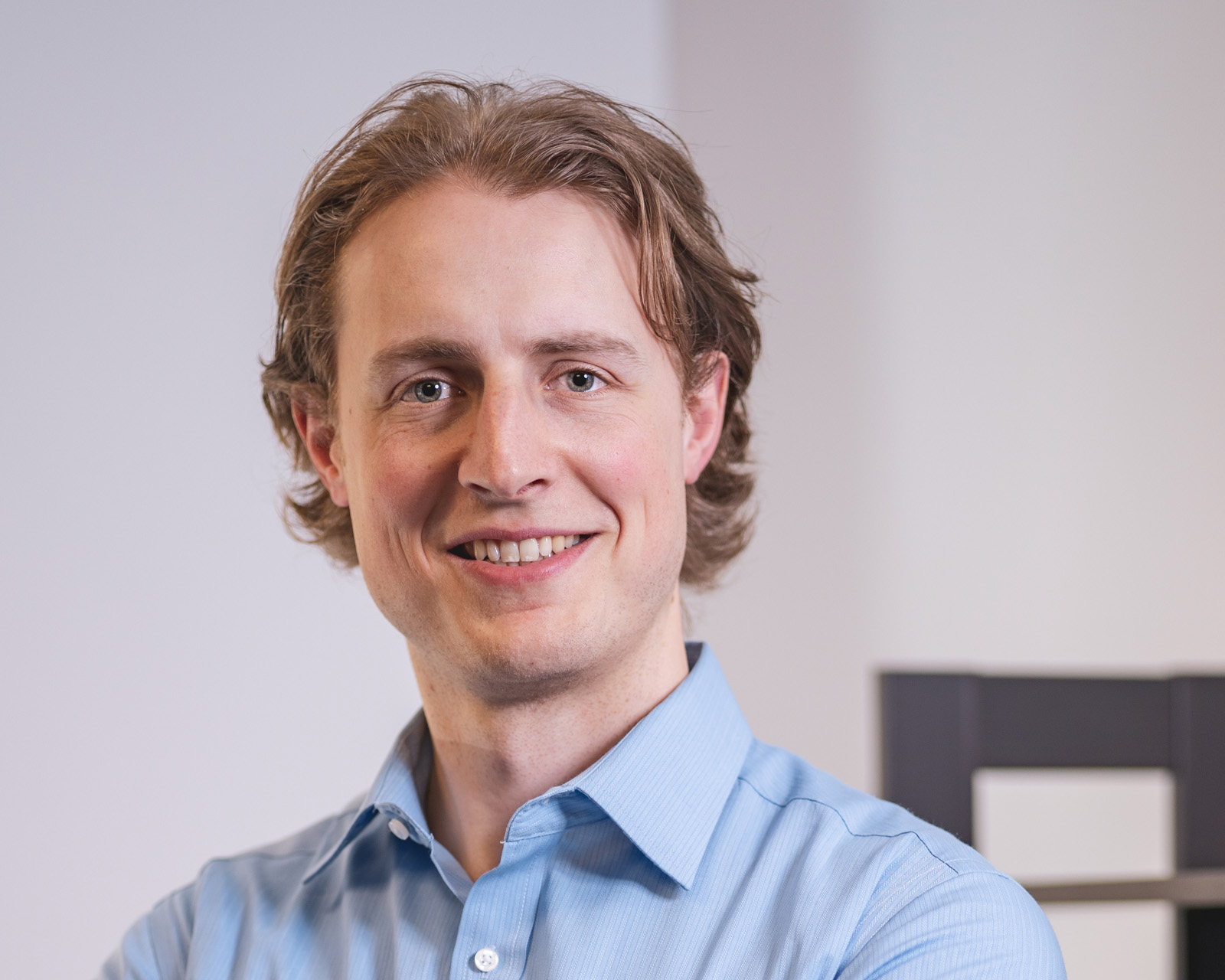 Hadrian (he/him) is a senior researcher at the Canadian Centre for Policy Alternatives. His work focuses on the social and economic dimensions of Canada's shift toward a zero-carbon economy, including the necessity of a just transition for vulnerable workers and communities across the country. He is a contributor to the CCPA's Trade and Investment Research Project and Alternative Federal Budget.

Hadrian holds a MA in Political Economy from Carleton University and a BA in Communications from Western University. He lives and works in Ottawa. 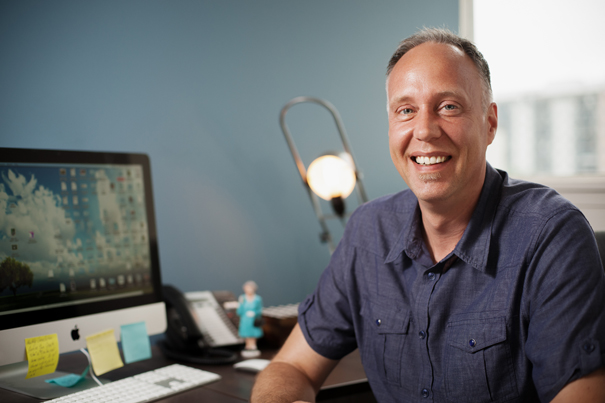 Jason is often the first voice or line of communication for the National Office—manning the reception line and general email box. He also works closely with the development department, and provides assistance to staff and CCPA supporters.

Jason aims to keep fit walking his tireless Standard Schnauzer or playing tennis on one of the courts around the city.

Alyssa joined the CCPA in 2017 as media and public relations officer. Previously, she worked as a journalist and Press Gallery member on Parliament Hill, where she gained deep insight into public policy development and advocacy as editor of Canada’s only news service focused exclusively on federal lobbying. Originally from British Columbia’s Okanagan region and always a West Coaster at heart, Alyssa’s obsession for finding innovative ways to relay complex information has also been fed by a background in academic communications. She holds a Bachelor’s of Journalism from Carleton University.

In her spare time, Alyssa can be found hiking and biking through the Ottawa Valley, debating advances in theoretical physics with friends and trying valiantly to keep her urban garden alive. 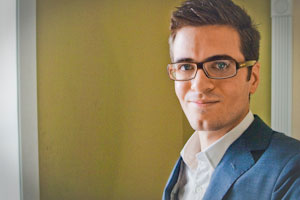 Tim Scarth is the CCPA's Senior Graphic Designer and is responsible for the design and layout of the the CCPA's national magazine, the Monitor, as well as the printed materials produced by the National, Nova Scotia and Ontario offices.

Tim has a degree in English and a diploma in Art History. Outside of work he enjoys reading, photography, and dogs.

Katherine serves as the director for the CCPA's gender equality and public policy work. She has worked in the community sector as a researcher, writer and advocate over the past 20 years, writing on a range of issues from social policy to inequality to funding for nonprofits. She is passionate about research that speaks to the aspirations of communities and supports collective action for change.

She has served as Vice President of Research at the Canadian Council on Social Development (CCSD) for several years and, more recently, produced research and analysis for organizations such as Prosper Canada, Volunteer Canada, Capacity Canada, Pathways to Education Canada, and the Federation of Canadian Municipalities.

Katherine lives in Ottawa with her family. She holds degrees in political science from Queen’s University and York University. 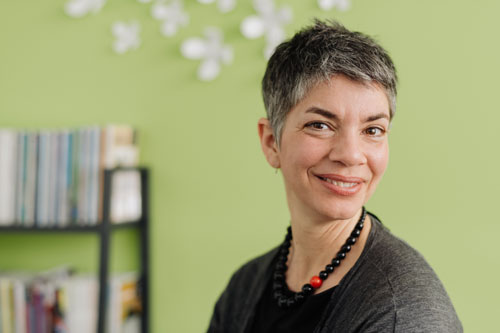 Erika (she/her) became Director of the National Office in 2020, but began her career at the CCPA in 1997 as director of the Education Project. Originally established to monitor corporate intrusion in public education, the project broadened its focus to include standardized testing, social justice and anti-racism education in schools, educational equity, school finance, child care and early childhood education, tuition and user fees, technology, surveillance and privacy, the arts, and community-based education. In 2000 she also became editor of Our Schools/ Our Selves, the popular education journal founded in 1988. It is included biannually in the CCPA Monitor Magazine, and provides commentary and analysis on a wide variety of education-related topics.

Erika has a BA in History from McGill University and an MA in English (critical literary analysis) from the University of Guelph. Prior to coming to the CCPA, she worked in Washington DC researching the corporatization of childhood, and was one of the founders of UNPLUG (which became the now-defunct Center for Commercial-Free Public Education). She spends far too much time on social media. 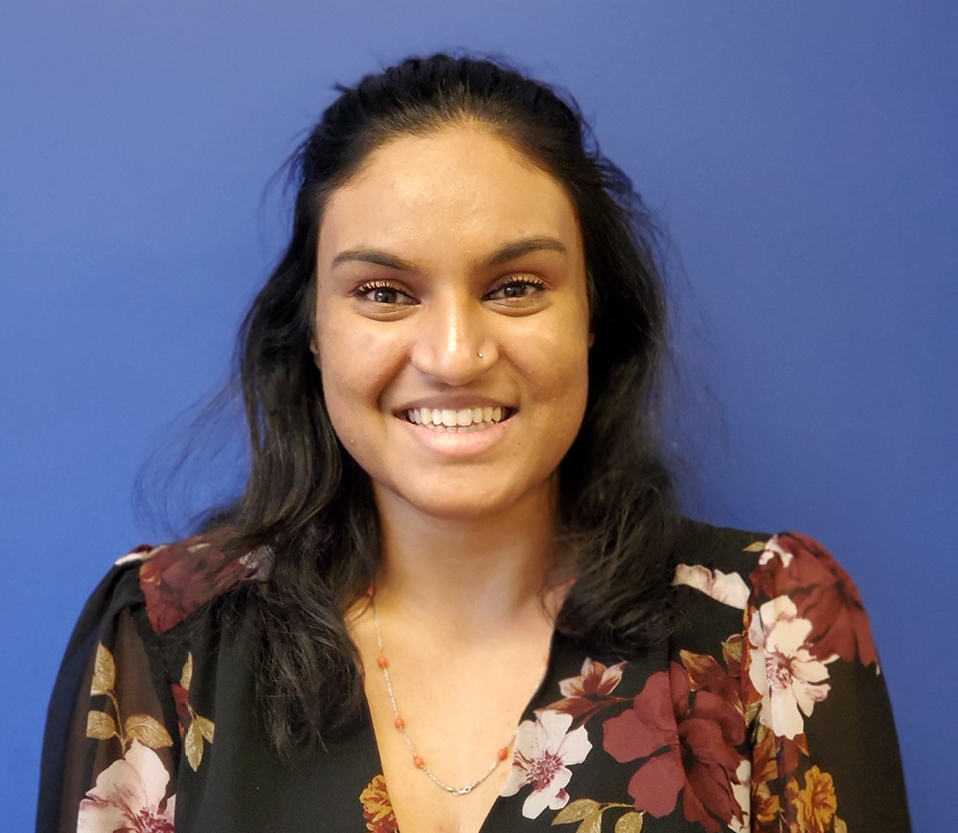 Arushana (she/her) joined the CCPA National team in 2019 and is responsible for supporting the Development department in various capacities including processing donations. Prior to joining the CCPA, she worked in political offices and the non-profit sector for over five years.

She has experience in fund development, event management, communication, policy and public affairs. She has volunteered with various organizations including YWCA Canada, North York Women’s Shelter and Social Planning Toronto. She is currently a committee board member with Cornerstone Housing for Women in Ottawa. She is proud to call herself a feminist and is passionate about helping others. In her free time, she loves volunteering at local women’s shelters, kickboxing and yoga, hanging out with family and friends, and patiently waiting for her favourite hometown hockey team Toronto Maple Leafs to win a cup. Go Leafs Go!! 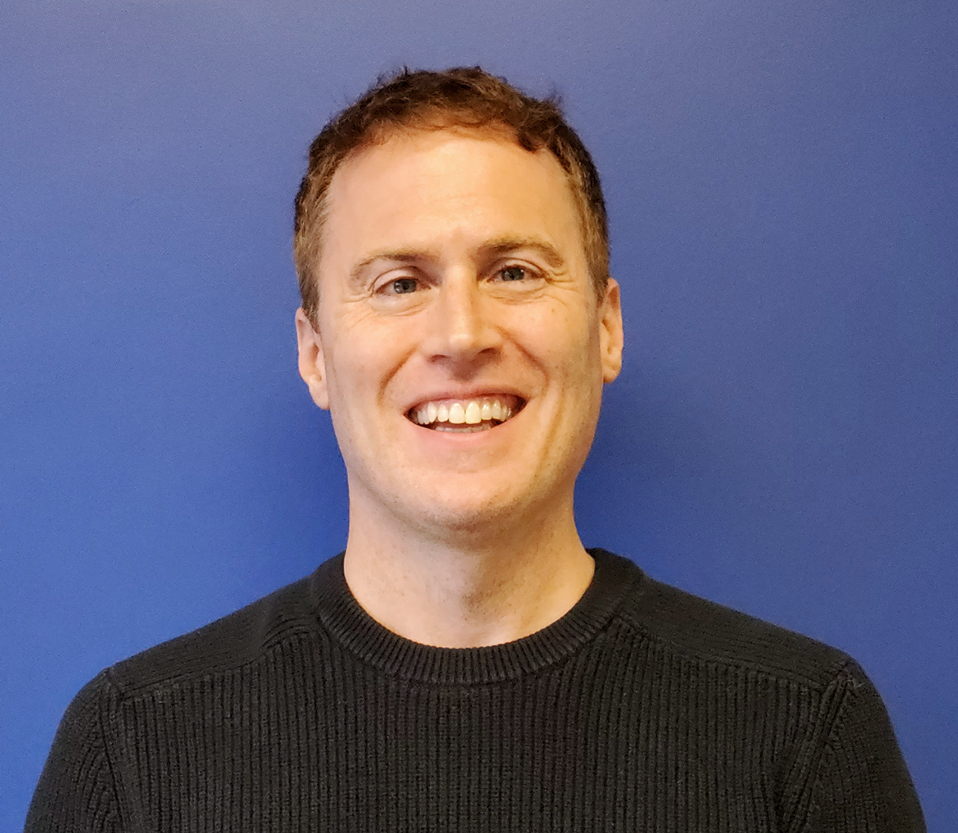 Rick joined the National Office of CCPA in 2018 and is responsible primarily for the development and implementation of administrative systems relating to finances and human resources. He also oversees the day-to-day activities of the fundraising department.

Prior to joining CCPA, Rick was deeply involved in the student and labour movements for two decades, including as Ontario National Executive Representative of the Canadian Federation of Students, Executive Director of the University of Toronto Students’ Union, and a vice-president of his former Public Service Alliance of Canada local union, among other roles. Rick has also held public office as a trustee of the Toronto District School Board.

Rick completed his BA and MA degrees, in sociology, at the University of Western Ontario where he also worked as a sessional instructor teaching research methodology to senior undergraduate students while pursuing PhD studies. As an adjunct professor at Fanshawe College, Rick also taught introductory sociology, gender and sexuality, and globalization. 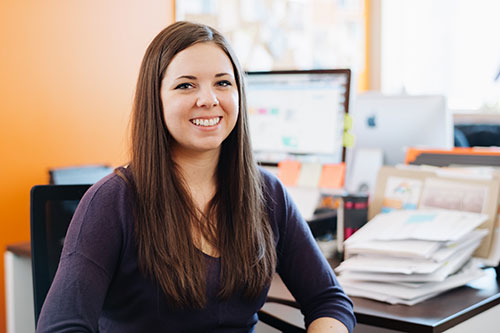 Letisha joined the CCPA in 2014 to work in the development department providing administrative support and processing annual donations. Prior to joining the CCPA, she worked as the communications and policy assistant at 25One Community. She graduated from Carleton University in 2013 with a BA Honours in Human Rights. Letisha currently sits on the board of the Young Non Profit Professionals Network of Ottawa, an organization dedicated to engaging and supporting young workers in the local non profit sector. In her free time, she loves to cook and enjoys running and exploring Ottawa. 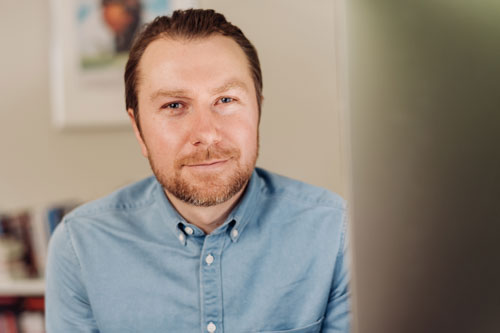 Stuart joined the CCPA in 2014 as Editor of the Monitor magazine and has produced number of CCPA publications including The Harper Record: 2009-2015 (with Teresa Healy), Making Sense of the CETA (with Scott Sinclair and Hadrian Mertins-Kirkwood), and the 2016 Lorimer anthology, The TPP and Canada: A Citizen's Guide (with Scott Sinclair). He took on the role of Director of the CCPA's Trade and Investment Research Project in February 2021.

Stuart has a BA in journalism and political science and a MA in political economy from Carleton University. Between 2006 and 2014, he was a trade researcher and campaigner with the Council of Canadians. In 2009, he co-founded the Trade Justice Network, which continues to bring together labour, environmental, student, human rights and other social justice groups to contest neoliberal trade rules and propose progressive alternatives.

Róisín (she/they) is the Senior Editor of the Monitor. Prior to joining the CCPA team, she worked with a variety of organizations including Canadian Doctors for Medicare in Toronto and Media Democracy Days in Vancouver.

Ro holds a BA Honours in Communication and Dialogue and a MA in Communication with a focus on political economy, both from Simon Fraser University. She has published research on a variety of topics including representations of protest movements in mainstream media and disability rights in the age of precarious employment.

When they're not replacing hyphens with em dashes, Ro keeps busy volunteering as a communications advisor and board member for several progressive organizations in Ontario, playing roller derby, and turning their kittens into internet celebrities.