Home › Publications › Commentary › If We Want to Clean Up the Oceans, We Have to Confront the Fossil Fuel Giants

If We Want to Clean Up the Oceans, We Have to Confront the Fossil Fuel Giants 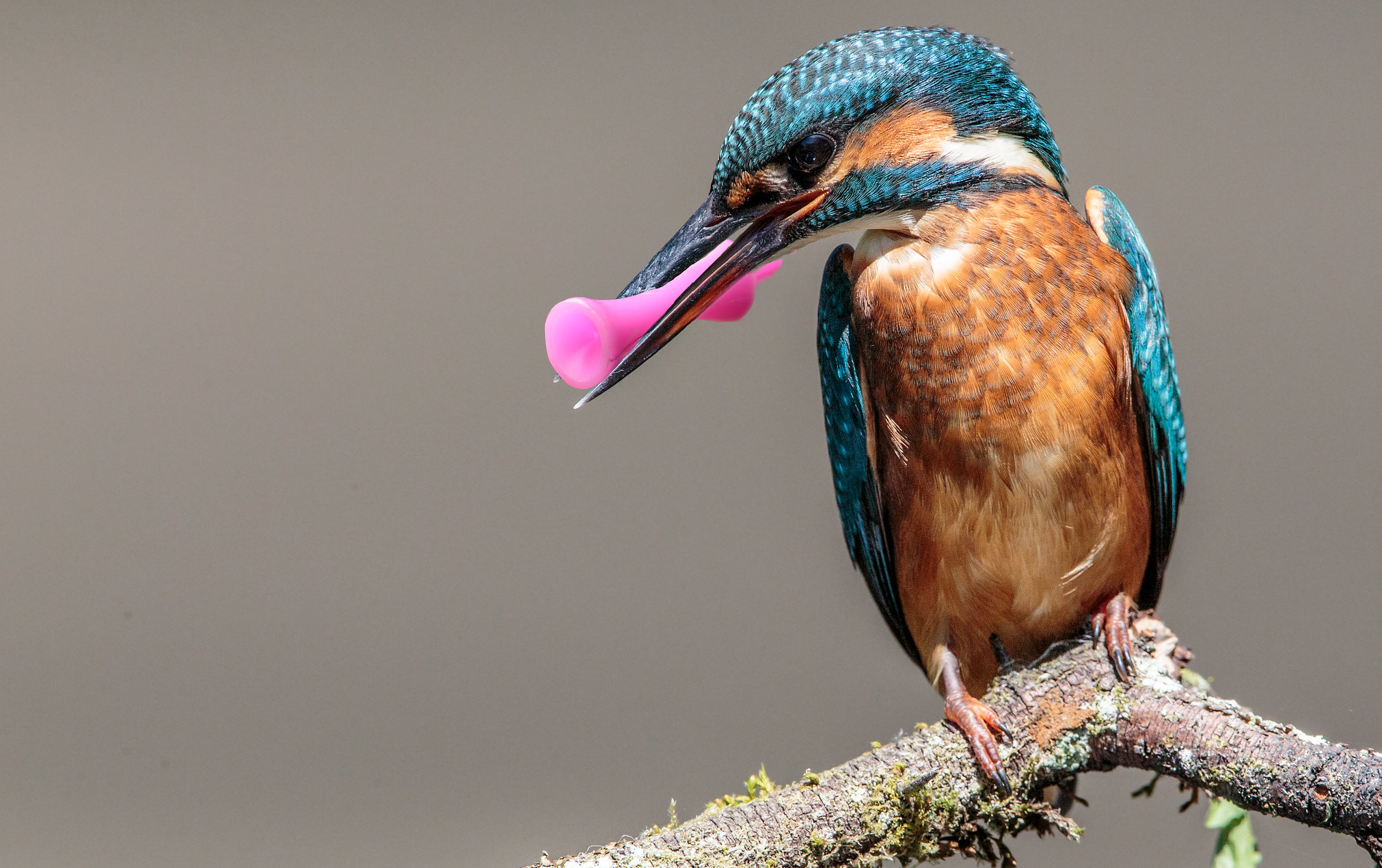 Every time, it served as a reminder of our government’s failure to do anything about disastrous levels of plastic pollution. Plastic bags, cups, straws, food containers, and consumer packages are choking up the world’s oceans and waterways.

Virtually all seabirds consume degraded microplastic, while discarded plastic goods relentlessly build up on our shores and in our landfills. In Canada, only 9 percent of plastic waste is recycled. What doesn’t get thrown out or end up as litter is exported in vast quantities to Asia, where it is often dumped or burned instead of recycled.

We need bold collective action to address this burgeoning environmental crisis. But that will mean breaking the cozy relationship between government regulators and big business so we can rein in the fossil fuel giants who are responsible for the growth of plastics.

Reusable Straws Are Not the Answer

Amajority of Canadians recognize the plastic pollution crisis for what it is: a massive economic failure. It’s obvious that many of the products currently made out of plastic don’t have to be. Yet the stuff is unavoidable, even for the most informed and self-actualized consumer — the bedrock of the self-regulating global market.

In the case of plastic, this was a carefully planned outcome. The reusable-bag-toting locavores at your favorite farmer’s market are not actually making a dent in plastic consumption. In fact, they may even be making things worse. Plastic use is not going to decrease in a meaningful way if it is left up to individual consumer choice.

According to the Center for International Environmental Law, the plastics boom is a classic case of supply driving demand, not the other way around. Almost all plastic derives from fossil fuels. In the United States, the shale oil boom has fed into a plastics bonanza that oil and gas companies desperately want to draw out.

As countries finally attempt to decarbonize energy production and transportation systems, Big Oil companies such as Shell and ExxonMobil are doubling down on the production of plastics. If we want to solve this problem, we will have to stanch the flow of supply by banning the production, importation, and sale of unnecessary plastics.

The War on Red Tape (and the Planet)

Unfortunately, any attempt to ban production will run afoul of the regulatory regime that oversees international trade. Canada and the United States both crafted their strongest environmental protection legislation in the 1970s and ’80s, just before the neoliberal era got started.

In fact, this governmental activism played a significant part in motivating Reaganite transformations of the state. A whole science of “good regulatory practice” has grown up since then, founded on a paranoid fear that all forms of government action, no matter how well-intentioned, will either fail or end up leading society on a one-way path to Stalinism.

To this way of thinking, “good” regulation facilitates trade, growth, and business profits, while meeting limited and measurable environmental or public health objectives. In essence, regulation should only be put in place to meet changing market demands and drive innovation. “Good” regulation makes the global economy run more efficiently.

The Canadian proposal for managing plastic waste is a case in point. The Justin Trudeau government could have passed circular economy legislation that would include a rapid phaseout of unnecessary and harmful plastic goods and packaging, combined with strict enforcement to make sure companies aren’t skirting the rules.

Instead, it is merely proposing to add certain single-use plastics to a list of controlled toxic substances under the existing Canadian Environmental Protection Act, claiming that this designation will enable the government to act more quickly than a long legislative process would allow.

But as environmentalists have pointed out, this regulatory process still takes a long time, and the proposed plastics strategy will only affect a very limited number of products. The government chose this route in defiance of its own scientific assessment that found precautionary emergency measures to be justified.

A discussion paper outlining Canada’s “integrated management approach to plastic products” highlights the “important part” that plastics play in our lives. The paper notes that the non-recycling of plastic waste “burdens our economy,” but it is quick to point out that this waste represents “a $7.8 billion lost opportunity.” The goal is to achieve zero plastic waste — not by reducing plastic production, but by recapturing this lost value.

Rulemaking in Canada’s federal power structure can be complicated. The provinces are responsible for recycling programs and don’t like the federal government edging in on their jurisdictional turf.

However, this does not explain the market-oriented approach of Canada’s plastics management strategy. In fact, the federal strategy appears to complement oil-friendly Alberta’s plan to “lock in” its petro-industries by becoming a key North American plastics recycling hub.

Canada’s plan to address the plastic pollution crisis while wearing kid gloves and clasping the hand of the fossil fuel industry is still too bold for some industry players. The Chemistry Industry Association of Canada says it understands that the toxics label is “just a designation for rulemaking, but it will be used as a reason by some campaigners to encourage people to stop using plastics.” Heaven forbid!

A week before Canada published its integrated management plan, a large group of mostly American oil, gas, and chemicals makers sent a letter to Mary Ng, minister of international trade, threatening a trade challenge under the recently minted North American Free Trade Agreement (NAFTA) replacement deal, the United States–Mexico–Canada Agreement (USMCA, or CUSMA in Canada). They claimed that Canada’s plastics plan violates a USMCA chemicals annex tacked onto the chapter on technical barriers to trade. They requested the Canadian government not to release the discussion paper until further consultations with business had taken place.

In the chemicals annex, Canada, the United States, and Mexico agree that “the principal objective of regulating chemical substances and chemical mixtures is the protection of human health and the environment.” So far, so good. But the agreement qualifies that statement by adding that protective measures should not create “unnecessary economic barriers or impediments to technological innovation.”

However, Canada’s plastics plan aims to create new private-sector opportunities and encourage innovation in plastic products. While industry has no firm legal case under the USMCA, they can find added leverage in the agreement’s “good regulatory practices” chapter. All three countries are committed to removing “burdensome” rules as a precursor “to effective regulatory cooperation.”

In December, another chemicals industry letter to Canadian, Mexican, and US trade officials requested the development of a continental approach to chemicals management. The letter argues that while the USMCA environment chapter does call on each party to “take measures to prevent and reduce marine litter” (Article 24.12.2), it does not condone unilateral actions inconsistent with other parts of the agreement. It states further that

Regulatory approaches taken by one party — without consultation with the other Parties — can directly threaten valuable materials, material inputs, and products traded every day in North America, causing unintended consequences and commercial impacts across virtually every value chain.

These letters reveal what industry has in mind as the optimum harmonized regulatory space for chemicals and chemical products such as plastics — a set of rules that expands profit-making opportunities for the private sector. But these rules would most likely kill off regulatory leadership on plastic pollution from progressive federal or local governments.

To put it another way, this continental regulatory space would indeed be regulated, but that regulation would prove to be a dead letter when it comes to environmental hazards. When industry stands to benefit, on the other hand, it will be forceful and effective.

It will be important to see how both the Joe Biden administration and Trudeau’s government respond to this lobbying for standardized regulation of chemicals and plastic management across North America. However, even without that kind of international coordination, the current regulatory outlook in both countries is a serious problem.

Canada is currently drafting legislation that could integrate “regulatory efficiency and economic growth” into departmental and agency mandates. At a summit in Washington in 2018, Scott Brison, Canada’s then top regulatory official, explained that the goal of such legislation would be to “change the DNA” of government officials.

There are some areas, of course, where there is broad political agreement on the benefits of government action to foster efficient, fair markets in some products and services. But when it comes to the plastics industry, the government should be in the business of destroying markets instead.

In December, a prominent group of Senate Democrats sent a letter to then US trade representative, Robert Lighthizer, defending Canada’s right to reduce plastic waste. With the right pressure, and with a little bilateral goodwill, we can hope for the Biden administration to make some headway in rolling back regulatory capture.

By pooling their strength, Canadian and US environmental scientists, municipal and state-level governments, and other advocates of environmental protection could help produce a well-crafted, precautionary US-Canadian plan. As it happens, such a plan would also lower trade costs — albeit not in the way industry groups would like to see.

In both countries, domestic and bilateral approaches to regulation currently put business in the driver’s seat. One of Biden’s first executive orders seems like it might be a step in the right direction, but it is too early (and too vague) to tell. The Obama administration in which the new president served was deeply committed to regulatory “efficiency” and the international spread of OECD-backed “good regulatory practices.”

After decades in which big business and its political functionaries have equated all government regulation with “red tape,” it’s hard work making the case for these kinds of reforms. This field is also something of a blind spot for much of the Left. Even a modest step toward stronger environmental protections on plastics could set a strong positive example on both sides of the border.

Stuart Trew is a senior researcher with the Canadian Centre for Policy Alternatives and the director of the Trade and Investment Research Project. This article originally appeared in Jacobin on February 10.