A look at Canada’s housing market

Who might be in trouble and what can be done?
Author(s):
David Macdonald
Trish Hennessy
August 31, 2010 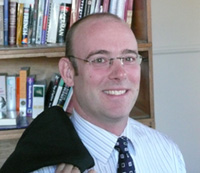 The Canadian Centre for Policy Alternatives released a study showing that, for the first time in 30 years, six red-hot real estate markets are in a synchronized housing bubble. The Centre’s Trish Hennessy interviewed the study’s author, CCPA Research Associate David Macdonald, to learn more about the problem.

Trish Hennessy (TH): We know the American housing market collapsed in the wake of the subprime mortgage crisis a few years ago but Canada's housing market has been viewed as relatively healthy. Your study on Canada's six hottest real estate markets indicates our housing market might not be as rosy as we think. What's your diagnosis?

David Macdonald (DM): I think Canadians have come to expect that their houses will increase in value by 5% to 10% a year and the truth is, like the U.S., that kind of return on investment simply can't continue indefinitely. Record-low mortgage rates and deregulation of the Canadian housing market means that housing prices are getting far outside of their historical "comfort zone." My concern is that when we get outside of that zone, housing prices become much more volatile and can be affected quite dramatically by changes in mortgage rates.

TH: Canadian housing prices may be out of their comfort zone, but is the problem worse in some cities than others?

DM: Definitely. Edmonton, Montreal and Vancouver are particularly at risk. Sleepy housing markets like Edmonton and Montreal exploded around 2002, with prices rising from about 3 times the provincial median income to 4.5 times in less than a decade. The third threat — Vancouver — did not experience as big a percentage increase (housing prices there were sky high to begin with), but homeowners in that city may be poised to experience a much larger dollar loss if mortgage rates increase.

TH: So, if I own a home in Edmonton, Montreal, or Vancouver how worried should I be?

DM: I'd be pretty worried. The historical perspective suggests housing markets that went up the most have the most to lose. It is really mortgage rates that will define when housing prices start to fall and how quickly. Every housing bubble in Canada since 1980 has been burst when mortgage rates when up by more than 1% above their two-year average. We aren't close to that tipping point right now and we may stay safely below it in the short term — say the next 6 months to a year — but that doesn't mean that the situation is stable in the long run. On the bright side, those who owned a home before 2002-03 will still see a modest appreciation in the value of their home, even following a crash under the worst-case scenario. (Worst-case scenario being a widespread housing market collapse like what happened in the United States post-subprime mortgage fiasco). On the down side, homeowners who bought their house after 2002-03 are more at risk.

TH: Many Canadians have bought a home -- and assumed hefty household debt -- with the notion that home ownership is a form of financial security; that if things go badly in the labour market or whatever, at least you have a house to sell as financial insurance. In fact, a lot of Canadians count on selling their home to ensure a good retirement. Are we right to think this way or is this a potentially dangerous game?

DM: Owning a home certainly can be a useful means of forcing one to save and accumulate for retirement. What is shocking is how quickly Canadians assumed that housing prices would continue to increase at 5% or more a year. Instead of a place to live and raise a family, a house has become the latest investment craze. Just as Nortel was once seen as a sure winner that couldn't fail (and many an investor got a great shock there), the housing market craze is equally vulnerable to downturn. Unfortunately, Canadians are taking on far too much debt to get into the housing market now. I can only hope that smart policies are put in place quickly to let air out of housing bubble slowly -- otherwise, a lot of Canadians could get burned.

TH: What can we do to stave off a major housing bubble burst?

DM: First of all, the government, through CMHC, can slowly curtail the 35-year mortgages that it insures. Prior to 2006, the maximum amortization period was only 25 years and we should return to that level. Second, the banks have a big role to play. When — and if — the Bank of Canada starts to raise interest rates, the big banks need to maintain a slow and measured increase in their mortgage rates, even if it means a hit to their billion dollar profits. If the banks shock a precarious housing market with a large mortgage rate increase, Canadian homeowners will almost certainly shoulder a dramatic drop in average house prices. The pressing need for these changes to Canada’s housing policy should help to drive home the message that a house is where we live — it shouldn't be speculative investment.