Historically, there has been a frustrating lack of data when it comes to Indigenous poverty in Canada. Our study, Shameful Neglect: Indigenous Child Poverty in Canada, aims to bring this and other important facts to light. It's our hope that measuring and reporting on these shameful levels of child poverty can help bring an end to policymaking in a void of information.

It is critical that we come to terms with the ongoing crisis affecting Indigenous people and act immediately to help resolve it. Check out the infographics below for the stats you need to know and 4 key policy solutions that would help. 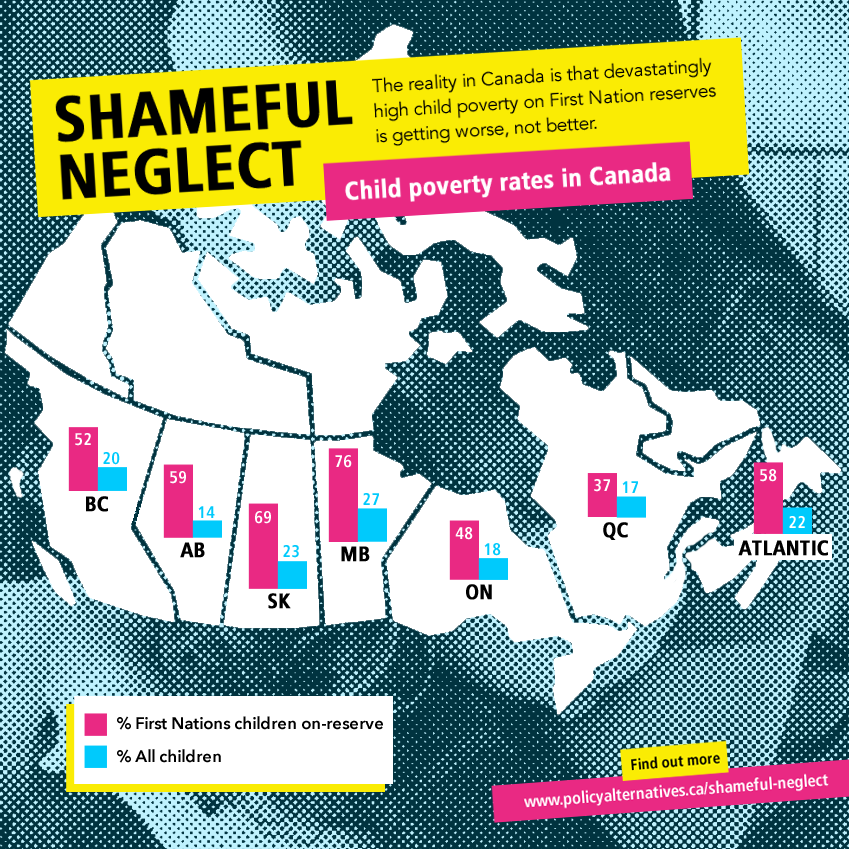 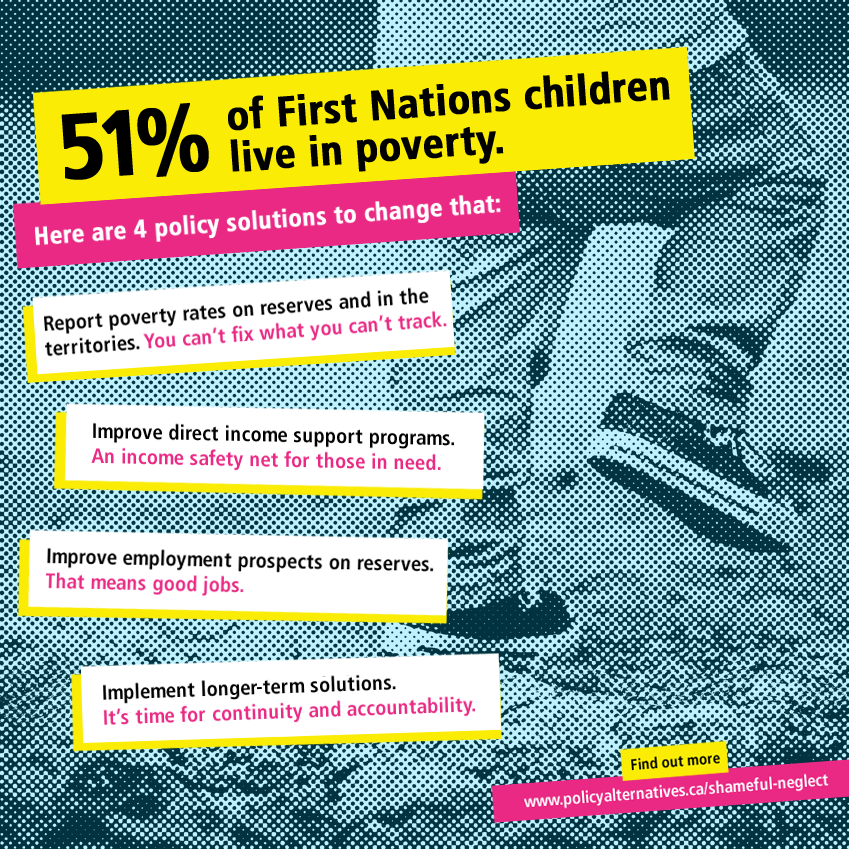 Note: Statistics Canada reports on poverty rates do not include people who live on a reserve or people living in the territories (where roughly half of all Inuit people are located). Because this data is excluded, official poverty rates in Canada are lower than they would be if these populations were counted. Poverty rates for Indigenous people, es-pecially status First Nations and Inuit, are reported to be much lower than a full count would indicate is truly the case.