The Road to Better Public Services

It seems like every newly elected Premier in Ontario who wins on even a slightly progressive platform feels like the first step in office is to help the boys on Bay Street relax.

And so it is, perhaps, that Premier-elect Kathleen Wynne came out of the gates post-election with two primary (albeit mixed) messages: she’ll promote an activist government but “there’s no new money” for even modest raises in the public sector.

Here’s the thing: a broad swath of commentators agree Wynne managed to do the unexpected by securing a majority government.

They agree there is no appetite for ongoing austerity in Ontario.

Ontario needs to recover its depleted revenue streams. Here's our answer to the statement "there's no new money." 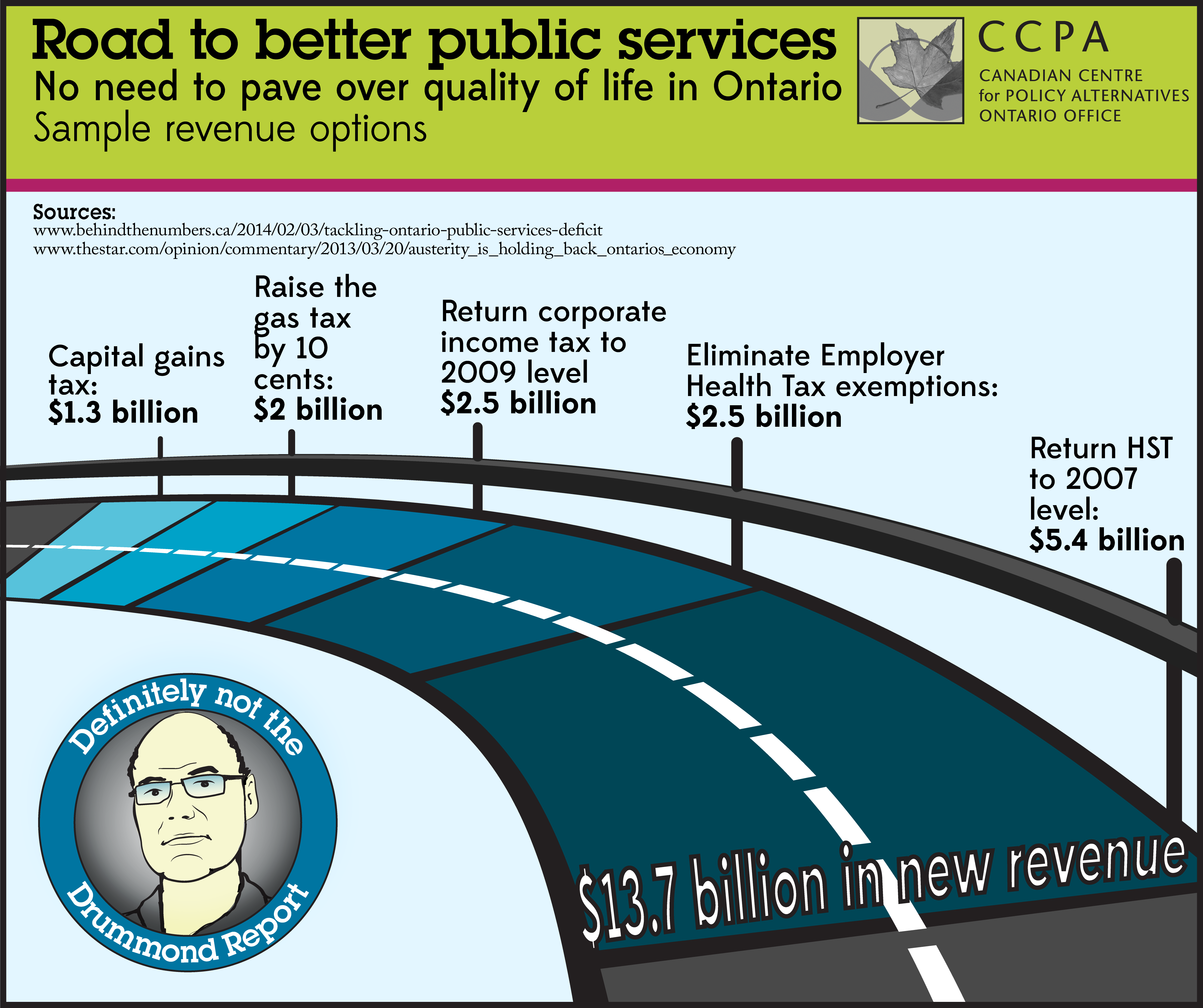