Home › Publications › Fact Sheets & Infographics › They're Richer Than You Think

They're Richer Than You Think

Income inequality in Canada is on the rise

Income inequality in Canada is on the rise—especially in the country's largest cities. CCPA analysis of new data finds the richest 1% of Canadians make almost $180,000 more today than they did in 1982 (adjusted for inflation), while the bottom 90% of Canadians saw income gains of only $1,700.

No province has managed to become more equal since 1980. Instead, all provinces have become more unequal, although to varying degrees.

Click here for more analysis, and check out our infographics below. 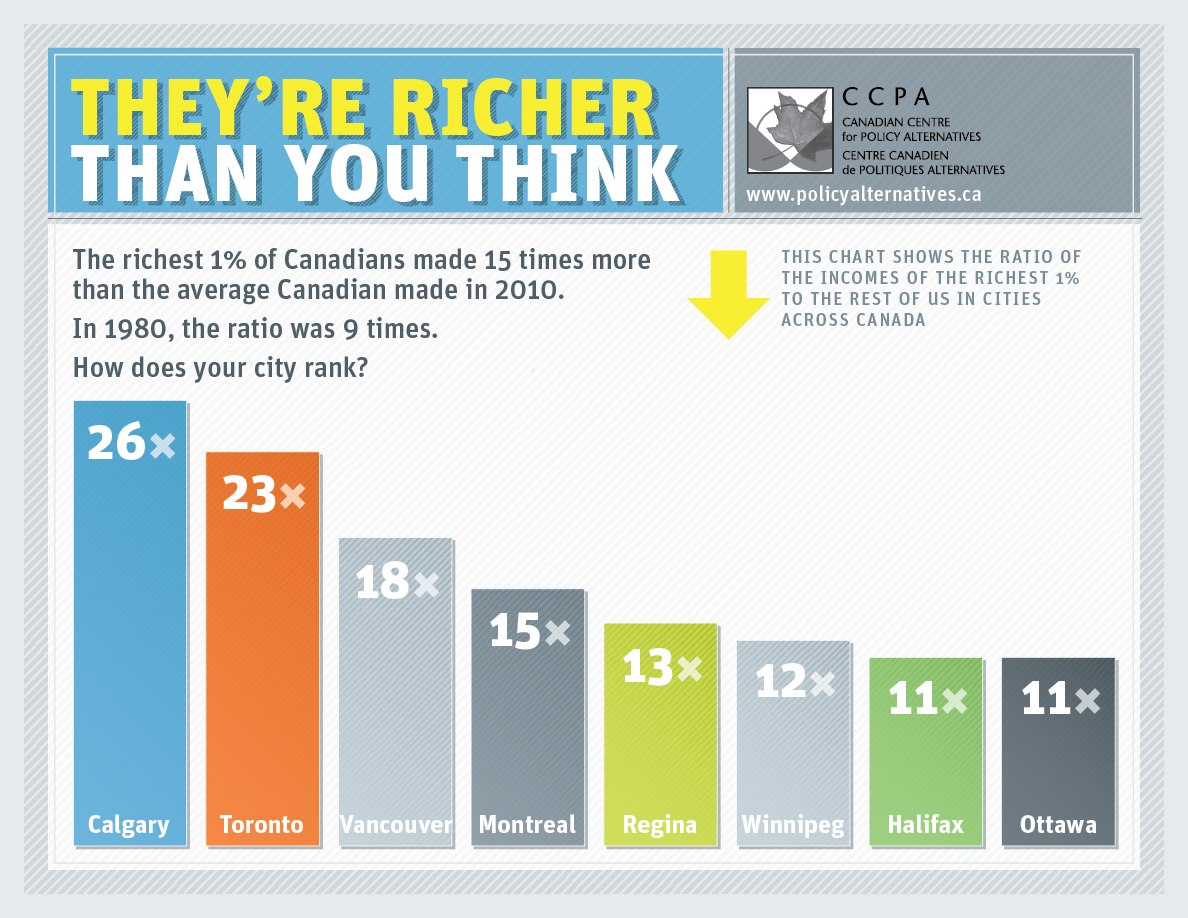 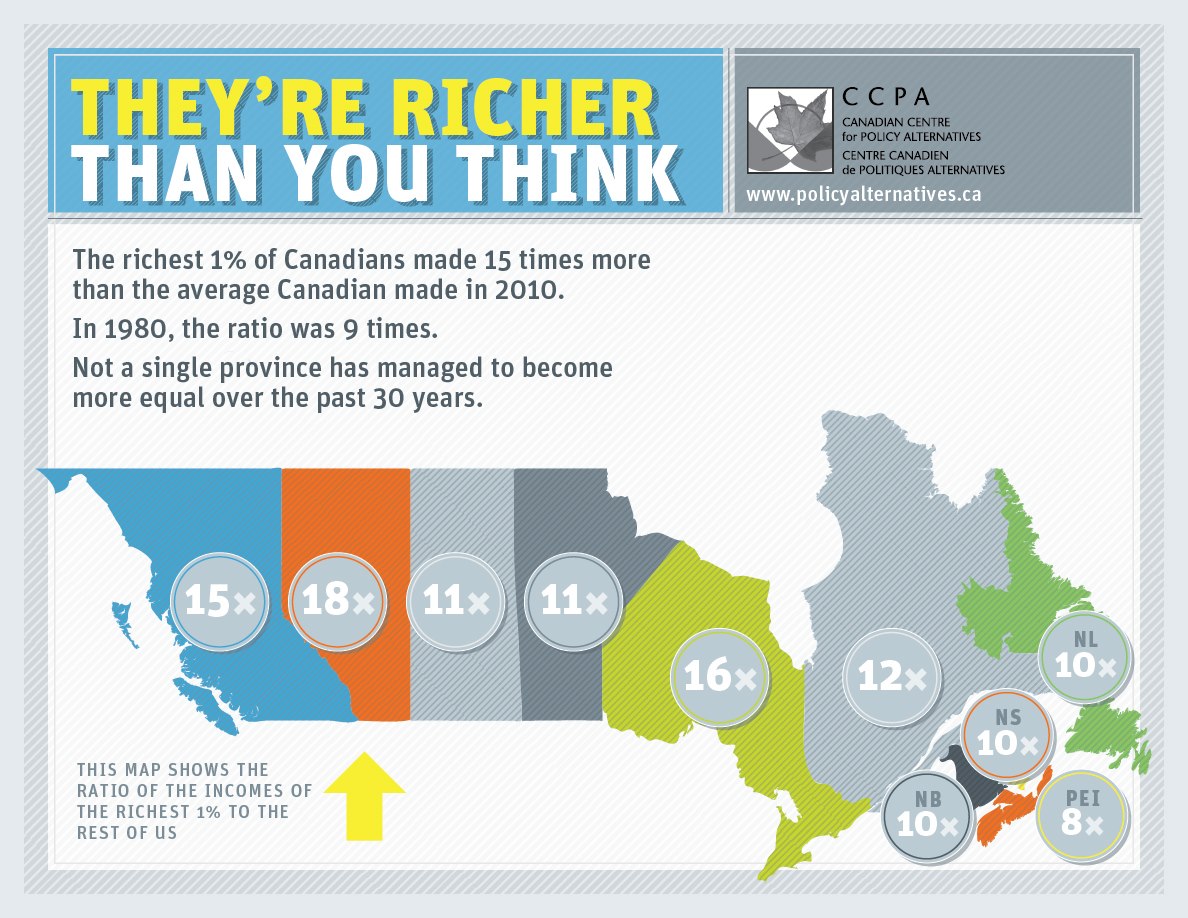