Home › Publications › The Monitor › Can the Bank of Canada provide interest-free loans?

Can the Bank of Canada provide interest-free loans? 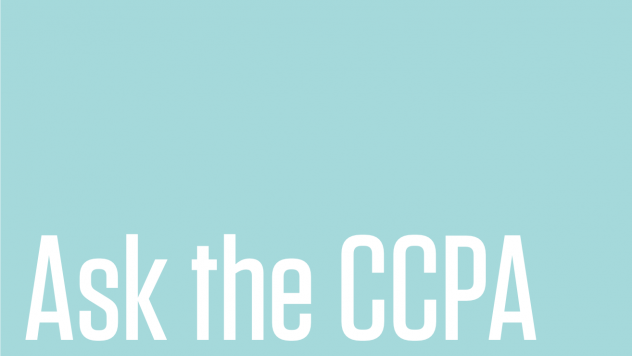 As Monitor readers may be aware, the Committee on Monetary and Economic Reform (COMER) is sponsoring a court case that argues the Bank of Canada should be providing interest-free loans to provincial and municipal governments. This case has had some major wins, but not being a lawyer I can’t evaluate it from a legal perspective. What I can do is evaluate the economic proposal at the heart of the case.

First of all, governments don’t take out loans like households do (e.g., through a mortgage or a line of credit). Rather, they raise money by selling bonds. Government debt is the sum of outstanding bonds that will have to be paid back when they come due. Bonds, like mortgages, have an interest rate. However, unlike mortgages, you don’t save on interest payments by paying off bonds early—even if a lower interest rate is available.

The Bank of Canada already buys a portion of all federal government bonds (or debt). As of February 2016, the Bank of Canada held 14% of all federal bonds, but the amount fluctuates. In comparison, the chartered (private) banks held 10% of federal bonds at the end of 2015; the vast majority of bonds are held by the public through pension plans, mutual funds, exchange-traded funds (ETFs) and the like.

Through an interesting transaction, the federal government basically pays no interest on the bonds held by the Bank of Canada. In 2015, since the bank held $94-billion worth of federal debt, the government paid $1.8 billion in interest. Since the Bank of Canada has expenses as well (for printing currency, paying staff, maintaining buildings, etc.), which totalled $0.5 billion in 2015, at year’s end the bank made a profit of $1.2 billion—the sum of income minus expenses. That money was dutifully returned to the bank’s owner, i.e., the federal government. In other words, the government is already benefiting from near-zero-interest loans from the Bank of Canada since it gets most of its debt payments back as profit.

Looking over the historical stats, the Bank of Canada has never held large amounts of provincial or municipal bonds, certainly not to maturity. While from an economic perspective there is nothing stopping the bank from buying provincial and municipal debt, there are five consequences to consider in such a policy, some positive and some negative.

It would reduce provincial and municipal interest rates: Other levels of government pay higher interest rates to borrow money than the feds. For example, the feds can borrow at 0.7% annually for five years where Ontario’s rate is 1.4%; the City of Waterloo would pay 2.7% interest to borrow for the same term. Now, if the Bank of Canada started buying a portion of new provincial or municipal bonds, these interest rates would go down as you introduce a new big player. The more competition there is among bond buyers the lower the interest rate on the bond.

It wouldn’t cause inflation: A debate in the U.S. continues to question the logic of quantitative easing (QE) based on fears of causing hyper-inflation. A large part of the policy involves the Federal Reserve (their central bank) buying federal government bonds. What’s amusing about this debate is that our Bank of Canada has been buying federal government bonds nearly every year since its public inception in 1938, with no tangible impact on inflation. If it were to start buying provincial or municipal bonds there would be similarly little to no impact on inflation.

It won’t necessarily lead to more or better public spending: Sometimes lowering the interest rate on debt is seen as the cure-all solution to improving health care, social services or building infrastructure. While lower interest payments can certainly save governments money (and they have been very low since 2008), that extra money can just as easily be spent on reducing taxes as improving health care. Alternately, taking out cheap debt to build productive infrastructure may make great economic sense, but that doesn’t matter if governments are not willing to run larger deficits to do so. The federal government spends less today (as a share of the economy) than at any point since 1938 despite its access to the Bank of Canada. On the other hand, municipalities that don’t have this privilege are spending more than they ever have on things like infrastructure. In summary, just having access to the Bank of Canada doesn’t necessarily mean you’ll have higher program spending.

It will cost the federal government money: This is perhaps the most critical and overlooked consequence of using the Bank of Canada to provide low-interest loans to other levels of government. Besides buying federal government debt, the bank plays another critical role in that it sets the so-called overnight rate on which most other interest rates, mortgage rates, prime rates and business rates are based. In fact, most of the daily work of bank staff involves making sure the actual rate is bang on their target overnight rate.

The Canadian banking system is structured in such a way that all transactions cancel out. For instance, if I bank at TD Canada Trust and you bank at Scotiabank, and I send you an e-transfer for $100, at the end of the day TD is in a negative position for $100 and Scotiabank is in positive position for the same amount: the positions added together net to zero. Now, the banks don’t necessarily transfer that $100 to each other at day’s end, but often lend the money instead. So, in our case, imagine Scotiabank lends $100 back to TD. The interest rate on that loan is what the Bank of Canada wants to match its overnight rate (presently 0.5%). The way it does this is by saying that any commercial bank can deposit money with it and make interest of 0.25% less than the overnight rate. The Bank of Canada also says that anyone can loan money from it at 0.25% more than the overnight rate.

The provinces and municipalities combined have over $800 billion in bonds while the federal government has over $700 billion. But the feds only have about $23 billion in deposits at the commercial banks. Once they’ve shifted that across to the Bank of Canada, the positive balances would build up in the private banking system, which would deposit the surplus cash at the Bank of Canada, which would have to pay interest on those deposits. Those interest payments would come out of the Bank of Canada’s profit, and at a certain point the bank would start losing money as interest payments on deposits exceeded what it makes from federal bonds. As the bank’s owner, the federal government would have to pay for that loss either as a direct transfer or as additional debt.

I have no idea where that point is, but it is certainly far less than 100% of provincial and municipal debt. On the other hand, the Bank of Canada could definitely buy a portion of that debt, rebate the interest and still make money. This would be a good deal for the provinces and municipalities, but it would cost the federal government money.

Do you have any burning questions for the CCPA? Send them to us at [email protected] and we’ll find the right expert for the job.