Home › Publications › The Monitor › Challenges, but no crisis at the border

Challenges, but no crisis at the border 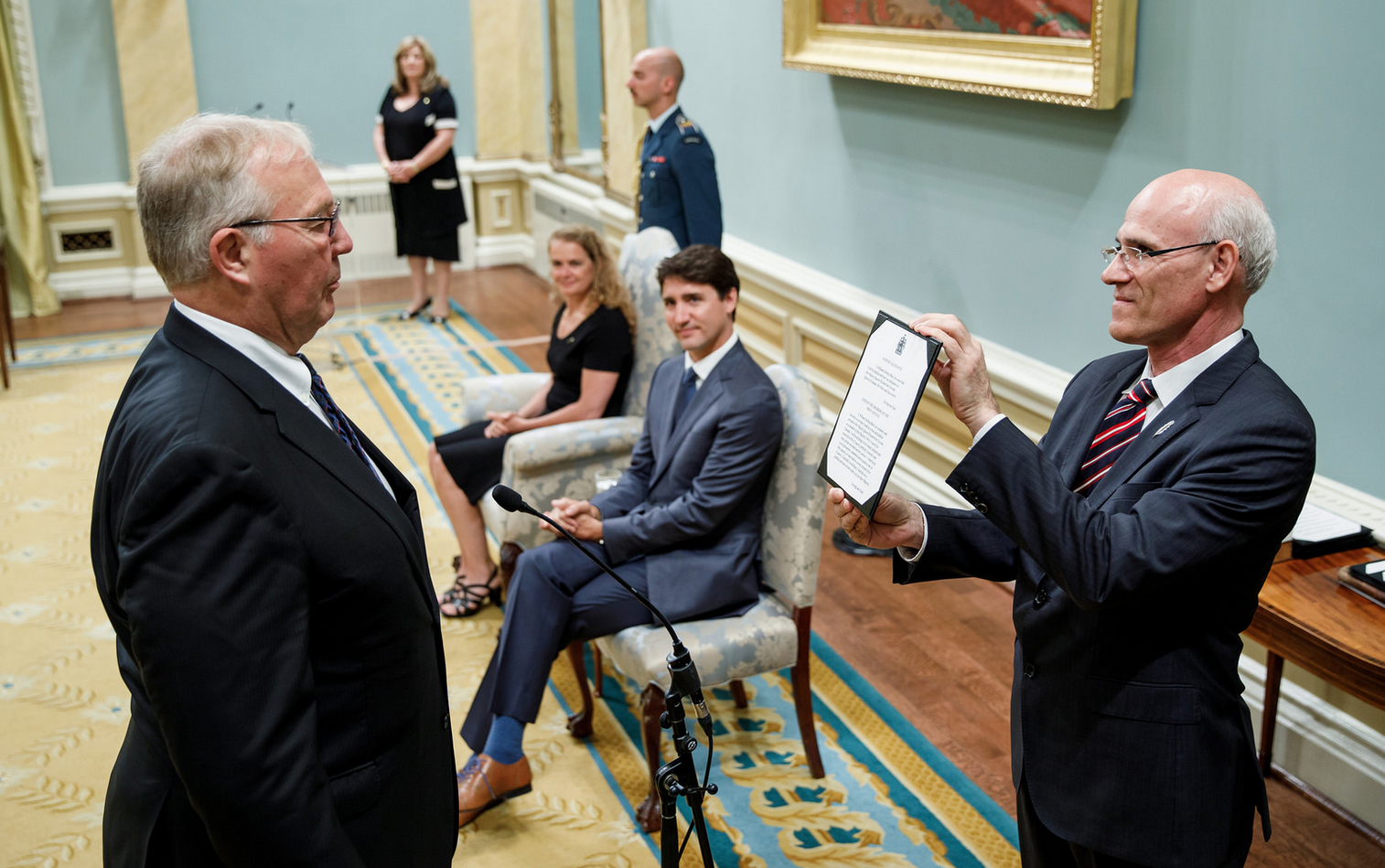 In late July, the Liberal government made a surprise move. Under pressure from the Conservative opposition and new Ford government in Ontario to deal with a so-called border crisis, Prime Minister Trudeau used what appeared to be a routine cabinet shuffle to create the new position of Minister of Border Security and Organized Crime Reduction. Filling the role would be Bill Blair (pictured, left), Toronto’s former top cop and current government point person on the cannabis file.

While the goal may have been to show that the federal government is taking the situation at the border seriously, this appointment sends the opposite message. By merging border security and organized crime in one ministry the Liberals have moved in the dangerous direction of conflating refugee claimants looking for safety in Canada with actually illicit cross-border activity. In doing so, the government has given credence to a highly politicized—and wrong—version of events created on the fly by the opposition.

In parliamentary immigration committee hearings a week after the shuffle, Minister Blair and colleagues seemed at a loss as to what his role would be or what powers his new ministry would have. A month in, Blair still had no mandate letter, and questions continued to swirl around how his position fit with the existing Minster of Public Safety and Emergency Preparedness and Minister of Immigration, Refugees and Citizenship, who are already responsible for border security and the processing of refugee claims and immigration applications. (Editor's note: Blair's hodge-podge mandate letter was released August 28. Readers can decide for themselves whether or not it clarifies his role, or if the tasks could have been achieved by existing ministries.)

In response, the International Civil Liberties Monitoring Group and eight other organizations (including Amnesty International Canada and the Canadian Council for Refugees) sent a public letter to Prime Minister Trudeau to express our concerns. We pointed out that creating a new border security role, on top of being confusing for other departments, fuels an unfounded sense of crisis while contradicting the government’s assurances it can handle the increased numbers of refugee claimants. Furthermore, conflating border security and organized crime will only deepen public fears and misunderstandings of irregular migration.

It is unmistakable that Canada is facing a challenge at its southern border. The Canada Border Services Agency and the RCMP have had to adapt to the reality of more people crossing into Canada between ports of entry. The upswing—a direct result of anti-immigrant policy and a rise in violent hate crimes since Trump’s presidential win—has also put stress on federal, provincial and municipal services provided to refugee claimants while they await the processing of their claims.

But to call what is going on a crisis is simply wrong—a bald exaggeration by groups hoping to score political points no matter the cost to human lives. The reality is Canada has seen this number of refugee claimants before, the RCMP and CBSA have said they have the resources to process those who enter irregularly, and Canada, with a bit of political will, can find the resources to support 30,000 new people.

For more than 15 years, the ICLMG and our members have been battling the idea that people coming to Canada to seek safety from persecution, or to seek out new opportunities, are a “national security” threat. The worst instances of violence in Canada over the past decade have almost always come from born-and-raised Canadians who espoused misogynistic, Islamophobic, anti-Semitic or otherwise racist views.

It could be argued that the government’s decision was made in order to temper these extreme views and reassure the public. If so, more needed to be done from the get-go. Instead, conservative pundits were able to twist the announcement to restate their point. Brian Lilley, a co-founder and former host for The Rebel, tweeted: “So wait a minute, there is no problem with the border but we now have a minister responsible for the border in @BillBlair?”

What could the Liberals have done instead? A clear policy option has been on the table for months now: end the Canada-U.S. Safe Third Country Agreement. That poorly crafted George W. Bush–era treaty assumes the United States is a safe place, so refugees who pass through it are required to claim status there rather than in Canada. Refugee claimants threatened by policy changes and the heated environment in Trump’s America should be free to make refugee claims to Canada at regular ports of entry—not forced to take the riskier route at irregular crossings.

If the Trudeau government cancelled the STCA, and increased funds for greater refugee services, the challenge at our borders would be fairly easily addressed. It probably wouldn’t stop the xenophobic rhetoric coming out of the opposition and other right-wing groups, but at least such a policy, versus the new border ministry, wouldn’t fan those flames either.