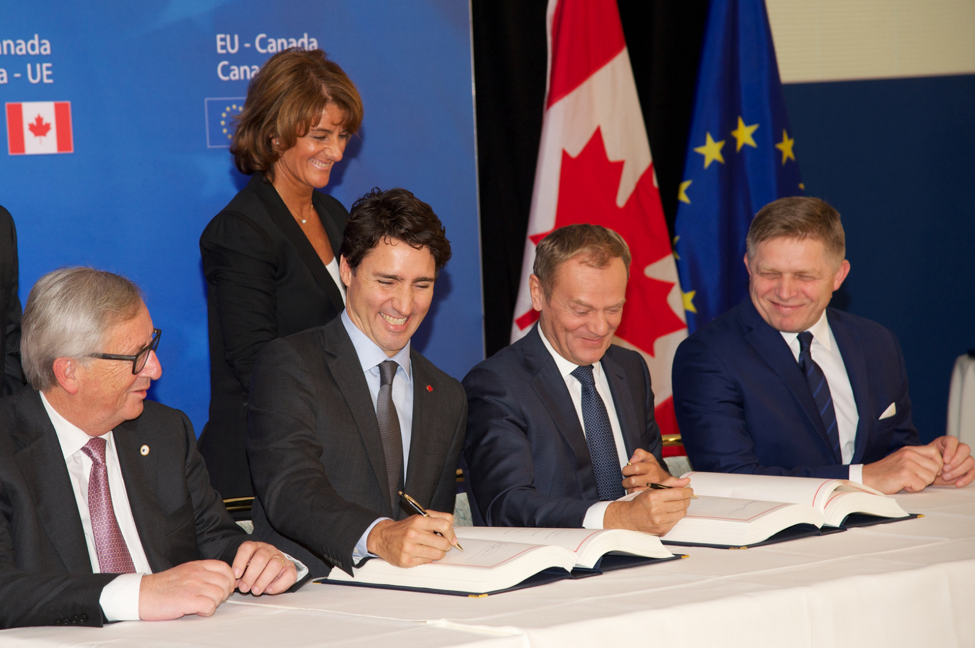 A year ago, Canadians voted for “real change.” Today, questions are being raised about whether the Liberal government is prepared to deliver on some of its most hopeful election pledges.

For example, the party promised the 2015 election would be “the last…conducted under the first-past-the-post voting system.” But months into a cross-Canada public consultation on what a new voting system might look like, Prime Minister Trudeau has suggested reform may be less urgent with the Harper Conservatives out of power.

In October, the government moved swiftly to ratify the Paris climate agreement and announced it would create a national carbon pricing scheme by 2018. But Environment Minister Catherine McKenna has now said Canada will not revisit the Conservative government’s low target of reducing greenhouse gas emissions by 30% under 2005 levels by 2030—a target Canada will not even be able to meet because of planned expansion in the fossil fuel sector.

The pursuit of new energy pipelines and other megaprojects—a cornerstone of Conservative economic policy—has been unaltered so far by the government’s stated goal of working toward real reconciliation with First Nations. In a move that angered many Indigenous communities in British Columbia, the federal government recently approved both the unnecessary and highly unpopular Site C hydroelectric dam on the Peace River (see Gail Davidson and Rohan Shaw on page 39) and an equally controversial liquefied natural gas pipeline to transport fracked gas to the West Coast (see Marc Lee on page 7).

“The Crown’s practice of relying solely on engagement activities by industry proponents and completing the Crown’s consultation obligations after project decisions are made is wrong-headed and has to end,” wrote Assembly of First Nations Chief Perry Bellegarde in the Toronto Star after the Site C green light. “The practice of forcing First Nations to court because the regulatory system is not designed to consider our rights before decisions are made, has to end.”

Should we be surprised about the gap between the government’s rhetoric and its actions? Probably not. For some time, Canada’s two dominant political parties have shared the economic belief that “the market” works best when free of state meddling. Where regulatory agencies have sought to respond to new public needs or new science (e.g., on GMO labelling, plain packaging laws on tobacco, bans on likely toxic chemicals or more activist climate policy) they have been frequently shut down by politicians or powerful corporate interests.

The National Energy Board has become a rubber stamp for fossil fuel megaprojects, for example. Health Canada seems more interested in approving new GMOs, based on industry science, than on opening the testing process to independent scrutiny. Deregulation reforms initiated shortly after Canada signed a free trade agreement with the United States in the late-1980s have rolled along since then no matter who held power in Ottawa, all in the name of reducing the burden on business and eliminating barriers to trade.

In fact, the deregulation project (or re-regulation to serve corporate supply chains, not consumers) is intimately connected to Canada’s free trade agenda—the one policy area where the Liberals and Conservatives in government clearly sing from the same hymnbook. With each new free trade deal the tools Canadian regulators are allowed to use—for protecting the environment, enhancing public services, better organizing the delivery of private services, or improving food quality standards, etc.—are fewer and fewer.

One of those deals, the Trans-Pacific Partnership, is the focus of this special issue of the Monitor. As explained in our “Coles Notes” summary and accompanying features, the TPP will place even more onerous restrictions on Canada’s ability to protect the environment, expand the health care system and keep the cost of medicines down, transition away from fossil fuels to a more renewable energy and industrial model, and meet its obligation to consult with First Nations on all matters affecting their international and treaty rights.

Responding to public and some business concerns about the TPP, the Liberal government has been consulting for the past year on whether Canada can ratify the deal or not—a decision the prime minister will likely not make until after a new U.S. president takes office in the new year (see Scott Sinclair on page 12). “[P]eople do not feel that trade is working for them,” said Trudeau at a youth labour summit in Ottawa last month, echoing comments from Canadian Trade Minister Chrystia Freeland.

The TPP doesn’t just expand NAFTA geographically, it entrenches a type of globalization that has concentrated income in the hands of the global one per cent, and which contradicts the positive objectives of the Paris climate agreement and UN Sustainable Development Goals. But while a parliamentary trade committee scrutinizes the transpacific agreement, the government has essentially shut out democratic debate about an equally (and in some cases more) harmful deal with the European Union.

The fate of CETA hung in the balance as the Monitor went to print. Despite enormous outside pressure, the plucky government of Wallonia, and its charismatic minister-president Paul Magnette, was holding out for changes to the agreement, particularly its controversial investment court system. European consumer, environmental and other civil society groups, who have been campaigning for two years against CETA and a sister agreement with the United States, support the Walloon resistance, as do thousands of cities that have declared themselves CETA/TTIP-free zones.

Given Canada’s dismal record of being sued under NAFTA’s investor-state dispute process, one might have expected our new government to jump at the chance to fix or remove the same anti-democratic feature from its European deal. But it hasn’t, which undermines the already laughable idea that CETA is “the most progressive” trade deal either Canada or the EU has ever negotiated. Wallonian bargain in hand, Canada and the EU signed CETA on October 30, and Trade Minister Chrystia Freeland has already introduced ratifying legislation in parliament. A Harper-era trade deal will be incorporated whole and virtually unaltered by the new Trudeau government.

Some things have changed for the better since the 2015 federal election. Where the last government encouraged us to see terrorists under every bed, behind every encrypted phone call, and entering the country in large numbers as refugees, the new regime talks of strength in diversity, and the social and economic benefits of wider immigration.

Likewise, it is important that when asked about sexual harassment and sexual assault allegations against presidential nominee Donald Trump, Canada’s prime minister answered “as a feminist, as someone who has stood clearly and strongly all my life around issues of sexual harassment, standing against violence against women.” Words matter—they are the entry point for a true understanding of the too many ways women remain unequal citizens in this country.

It is a positive sign that where the federal government once saw deficits lurking behind every positive public policy enhancement, it is currently (if mostly on paper for now) looking to invest large amounts of money in public and private infrastructure. The Canada Child Benefit has been a relief for many families struggling to raise children. The success or failure of the program should not be judged by whether or not monthly government cheques are stimulating personal consumption.

The government has in these and other ways changed the conversation, and polls show the public shares Trudeau’s more optimistic worldview. But as long as the fundamental building blocks of our economy stay in place—extractivism, deregulation, the pursuit of anti-democratic trade deals—Canadians are likely to see more continuity than change, let alone the “real change” they so clearly demanded a year ago.

Stuart Trew is the senior editor of the Monitor, a bimonthly journal of the Canadian Centre for Policy Alternatives. He is the co-editor, with Scott Sinclair, of the new book, The Trans-Pacific Partnership and Canada: A Citizen’s Guide (Lorimer), available now.