The Trudeau government, far from distancing itself from the Harper legacy, has in many ways continued and reinforced it.
Author(s):
Richard Nimijean
September 3, 2019 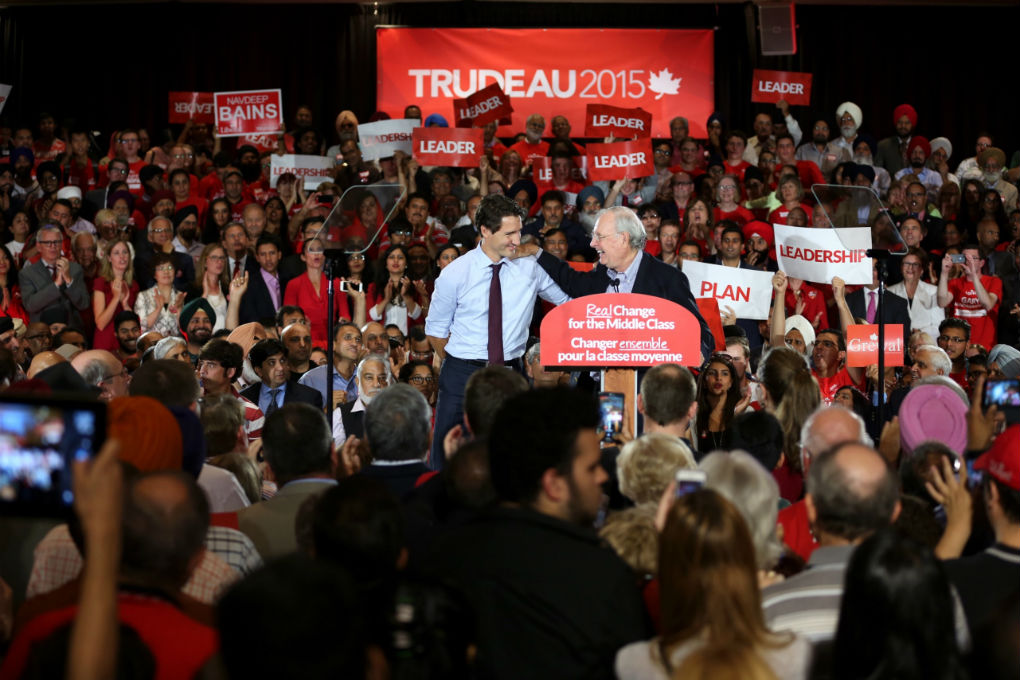 Analyzing the 2015 federal election results for The Monitor (Jan/Feb 2016), I cautioned Canadians about reading too much into Justin Trudeau’s “sunny ways” narrative, noting how we could end up with a Jean Chrétien-like government post 1993. The reasons behind that prediction were straightforward, and I think recent history bears me out.

In the era of brand politics, ideological homogeneity between the major parties means that differences are laid out in terms of values, as embodied by their leaders, not detailed policy platforms that represent different views of how governments should manage the economy. Charisma and personality seek to build bonds of trust between politicians and citizens as the key way to build support. Chrétien was a master in this respect.

As the 2019 election nears, it is important to recall these parallels to today’s government, and how Trudeau’s first three years in office might influence how Canadians vote. While Canadians celebrated Chrétien’s “Vive le Canada” approach, hopeful that more optimistic times were ahead, his government’s policy agenda resulted in an entrenched neoliberalism in Canada along with a deepening of the Mulroney government–initiated continental integration. In a similar way, the Trudeau government, far from distancing itself from the Harper legacy, has in many ways reinforced it.

Interventionist rhetoric has confused pundits into reading federal deficits as an indicator of activist government, all the proof you need we are living under a progressive, redistributive state. However, the Trudeau government readily signed, virtually untouched, the Harper-negotiated, patently neoliberal CETA trade deal with the European Union and Trans-Pacific Partnership with Asia-Pacific nations, along with a NAFTA 2.0 based largely on U.S. President Donald Trump’s corporatist terms.

Likewise, where the Harper government made federal funding for municipal infrastructure contingent on cities considering the public-private partnership model, the Trudeau government established a Canada Infrastructure Bank with a mandate to only fund public services and construction projects in partnership with big private investors (and where private shareholders could be guaranteed high returns).

In foreign affairs, Trudeau declared “Canada is back,” leading many to hope for a return to the liberal internationalism of Lester Pearson (prime minister from 1963–1968). Instead, the election of Trump and the ascendancy of Foreign Affairs Minister Chrystia Freeland has led to a return to hard power. Multilateral diplomacy is missing in action. Peacekeeping is much talked about, but not practised as much. The Trudeau government has continued a hard line toward Russia and has been very involved in the efforts for regime change in Venezuela.

Meanwhile, the government’s much touted feminist foreign policy, while admirable, has suffered from a lack of resources and a lack of focus. Indeed, development experts point out that in terms of foreign aid, the Trudeau government has been perhaps more miserly than the Harper government.

Importantly, my 2015 Monitor article failed to note one important legacy of the Chrétien government that we should remember in the current context: the federal sponsorship scandal, in which, as the Gomery report carefully outlined, the interests of the Liberal party were blurred with interests of state. Chrétien’s successor, Paul Martin, tried to change the channel.

With SNC-Lavalin, so is Trudeau. Just as Martin distanced himself from the Chrétien government (of which he and his austerity were so central a part), stoking fears of a Harper-led Americanization of Canada, Trudeau is again now raising the spectre of Harper to warn voters away from Andrew Scheer’s Conservatives. Will it work? Remember that Martin, once the most popular politician in Canada, stumbled to a minority government in 2004 before crashing out of federal politics in the 2006 election.

Today, the situation is much the same. In power, the Trudeau government speaks a progressive game that is sometimes backed up in policy (think child care, a gender-balanced cabinet, or new housing dollars), but often masks half-measures attached to a profit motive. As the discrepancy is exposed, alternatives become much more palatable for swing voters. These flexible or non-partisan voters can have a huge impact on election results and will be the focus of intense wooing in the next two months.

The Conservatives and the new People’s Party of Canada will argue they are the real conservatives. The NDP will ask voters to choose the real progressives. Meanwhile, the Green Party’s surging support in pre-election polls demonstrates that Canadians, like citizens in many European countries, are turning against “politics as usual.”

Like 2004, the anticipated election outcome has moved far away from certain Liberal victory. Like 2015, values and branding are taking centre stage. All party leaders are trying desperately to connect with voters. Canadians will soon have their chance to weigh in.

Richard Nimijean teaches in the School of Indigenous and Canadian Studies at Carleton University. His new book with David Carment (editors), Canada, Nation Branding and Domestic Politics, is out now from Routledge.