Intervenor funding would help level the playing field between major project proponents and the communities who resist them.
Author(s):
Poh-Gek Forkert
May 1, 2018 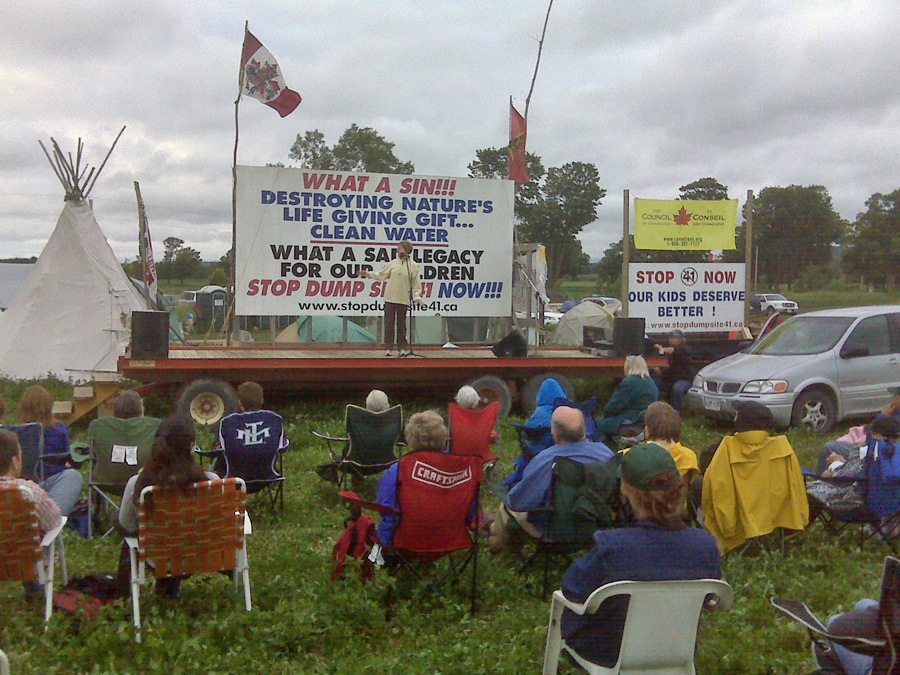 Of all the issues and dividing lines in this provincial election, the government’s approach to resource management and project approvals has made barely a ripple. That’s probably a relief for party leaders, who aren’t facing a high-profile pipeline battle on the scale of B.C. and Alberta. But it’s a shame for voters who are left in the dark about how their next government will handle disputed projects when they do come up for consideration and public debate.

In my work with the public as an expert consultant, I have observed citizen groups battling developments that pose potential threats to the environment, human and animal health, and community livelihood. For marginalized populations in particular, including Indigenous and rural communities, participating in environmental decision-making processes can be enormously challenging. It can cost quite a lot (in time and money) to counter the financial and political clout of proponents, including companies and corporations, behind project developments.

Ontario used to provide intervenor funding to citizen groups to level the playing field in environmental decision-making. Funding from public and private proponents was granted to defray expenses including legal assistance, expert consultants, administrative costs and other relevant services. But the initiative, known as the "Ontario model" and lauded internationally, fell out of favour with the austerity-obsessed Mike Harris government. It has yet to be resuscitated, despite multiple calls to do so and our increasing awareness of the vulnerability of ecosystems to large-scale industrial activity.

Intervenor funding had its early beginnings in the last years of the Bill Davis Progressive Conservative government, when former environment minister Andy Brandt established a limited case-by-case system. Ian G. Scott, who was appointed attorney general by the Liberal-NDP coalition government elected in 1985, expanded on the PC program and instituted the Intervenor Funding Project Act of 1988. The legislation established a three-year pilot project to provide funding to citizen groups advocating on behalf of the environment in proceedings before the Environmental Assessment Board, Ontario Energy Board and the Joint Board. Importantly, these funds were available ahead of hearings or proceedings and could be used for lawyers, experts, co-ordinators and other related expenses. Reporting mechanisms helped ensure accountability for the expenditure of funds.

By the time the pilot project ended, an NDP government led by Bob Rae had replaced the David Peterson Liberals. The Intervenor Funding Project Act was renewed and extended to 1996, but that’s when its life ended. The Harris government began dismantling environmental legislation almost immediately upon taking office in 1995, and in March of the following year, a notice quietly appeared on the government’s environmental registry with the title “Sunsetting of The Intervenor Funding Project Act.”

The political decision to allow the act to expire was vehemently opposed by environmental advocates, who said it would give companies and governments the upper hand in situations where communities or citizen groups opposed projects for their potential adverse environmental impacts. A formal request to re-enact intervenor funding legislation in Ontario was refused by the Harris government.

In June 2004, a year into the post-Harris Liberal government led by Dalton McGuinty, a minister’s advisory panel was struck to provide recommendations on improving Ontario’s environmental assessment program. The panel produced a two-volume report in March 2005 that identified various “barriers to public participation” and recommended that the terms of reference for every undertaking “include an outline of how the proponent will assist the public in participating in the process.” Funding for community groups “would be commensurate with the size and nature of the project,” said the report. Unfortunately, the panel’s recommendations were never implemented.

Nearly 50 environmental groups sent Premier Kathleen Wynne a letter in December calling on the government to review and reform the Environmental Bill of Rights to legally recognize the human right to a healthy environment, improve access to environmental information and improve the quality and legitimacy of environmental decision-making. Both the NDP and Greens are promising to strengthen the Bill of Rights in their platforms.

I propose that intervenor funding must be added to the agenda. In its absence, environmental decision-making is tilted in favour of proponents, and democracy and the environment suffer as a result. The panel recommendations from 2005 urging the government to find a way to facilitate public engagement in the environmental assessment process are as important and relevant today as they were 13 years ago.

Poh-Gek Forkert is a research scientist and toxicologist who has published extensively on the metabolism of toxic chemicals. Her latest book, Fighting Dirty: How a Small Community Took on Big Trash (Between the Lines) was recently reviewed in the Monitor (September/October 2017). She is professor emerita at Queen’s University.