Home › Publications › The Monitor › This future is closer than you think

This future is closer than you think

Five reasons every progressive should watch The Handmaid’s Tale
July 4, 2017 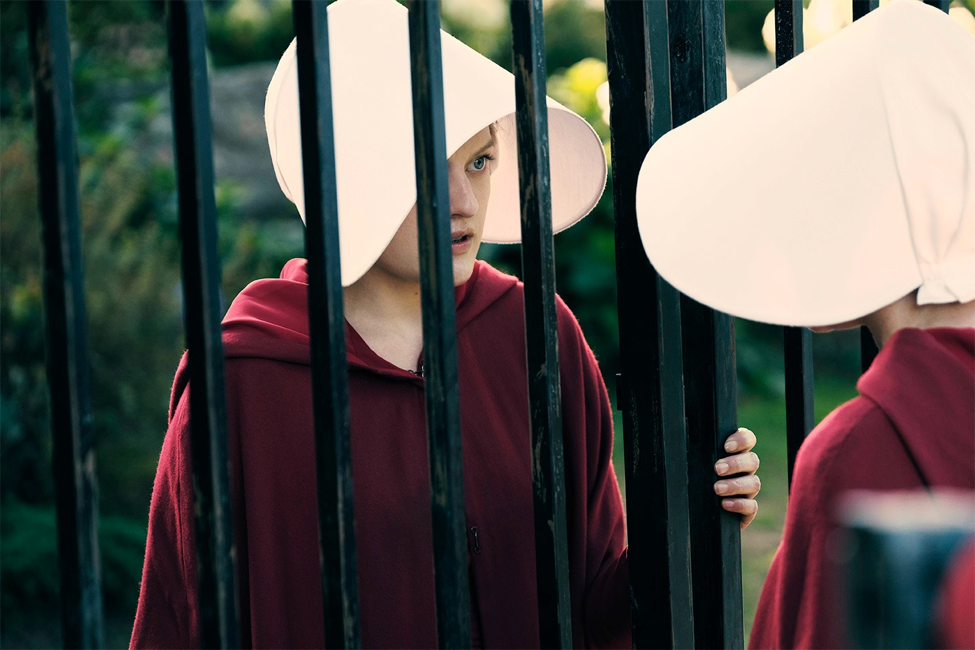 The test of a good dystopian novel or film was never how accurately it predicts the future; it is how unsettled it makes you feel about the way we live today. Some prophecy is important, obviously. But the best dystopias hit close to home by reflecting our weaknesses and exaggerating our fears, and showing us how razor thin the line is between our (for the most part) livable if imperfect reality and a nightmarish future.

Hulu’s The Handmaid’s Tale, a new television adaptation of Margaret Atwood’s classic science (or speculative) fiction, finished production before Trump was elected president of the United States. It is excellent as far as dystopias go, and should be essential watching for progressives. The show reminds us that, as immediately disastrous as “Trumpocalypse” or Brexit may feel, the conditions that make Gilead possible have been with us for some time.

Atwood’s The Handmaid's Tale came out almost 30 years ago at the nascence of the conservative Christian anti-choice movement. But the story, which unfolds in a near-future where women have been stripped of their bodily autonomy and forced to bear children, is painfully resonant today. In just the past seven years, hundreds of legislative restrictions have been enacted in the U.S. to unnecessarily delay, shame or entirely curtail the rights of those seeking an abortion. These laws essentially enforce childbirth. Meanwhile in Canada, the abortion pill (Mifegymiso) finally arrived this year—three decades after it became available in Europe.

2. Gilead is rape culture followed to its logical conclusion.

We live in a culture that trivializes sexual violence, that regularly doubts and blames victims, that justifies rape and fails to hold perpetrators accountable. The Handmaid’s Tale series effectively draws a slow, straight line from those cultural norms to the horrifying state-sanctioned, ritualized rape of the handmaids in Gilead. In flashbacks, we see the new political power maneuver women into submission. In quick succession they are humiliated, erased from the workforce, have their movements restricted, and become increasingly dependent on "good men" to act in their best interests. They cannot consent to anything because they have no autonomy. It's rape culture uncut, and it's easily the most disturbing aspect of Atwood's story.

3. A post-racial society is a myth.

On TV, The Handmaid's Tale handles race differently than the book—but not differently enough. Whereas Atwood’s novel conveniently skips over the question of race (people of colour are quickly exiled to forced labour camps and never mentioned again), the televised version establishes itself in some kind of post-racial or “colour-blind” society. It might be the show’s most dystopian element. For a story so deeply informed by slave narratives and the idea of the subaltern, the show still elevates white experiences, and ends up invalidating the racist past it has appropriated. The show also misses the opportunity to draw from contemporary anti-racist organizing, and gets wrong what it gets so right about reproductive rights: the importance of centering the voices and experiences of the oppressed.

Spoiler: a major plot point in the TV show revolves around the trade relationship between the Republic of Gilead (formerly the U.S.) and Mexico. Suffice it to say, there's a reason many progressives today think human rights protections need to be strengthened in free trade deals (or supersede the deals entirely). Shot last year, The Handmaid’s Tale ends up presciently articulating anxieties about the renegotiation of NAFTA, and highlighting key trade/rights intersections like workers' rights, migrant rights, the right to a healthy environment, and more.

An unnamed environmental disaster sets the events of The Handmaid’s Tale in motion and, in part, creates the conditions necessary for the subjugation of women. Three years ago, at the UN climate summit, then Chilean president Michelle Bachelet noted that women and children are 14 times more vulnerable than men in climate change–related natural disasters. But that doesn’t mean that women are predestined to be casualties of their environment. It means that those who are unequal and vulnerable to the effects of climate change understand exactly what’s at stake in trying to prevent it. But just like in Gilead, governments have struggled to recognize that empowering—not controlling—women is the answer. Instead, women and their fertility have been blamed for rising CO2 emissions, their bodies targeted by dubious population control strategies, and they've been largely excluded from policy- and decision-making arenas where key climate change policies are forged.

Embrace the bleakness and watch The Handmaid’s Tale.

Emily Turk is Director of Communications and Development at the Canadian Centre for Policy Alternatives.

This article was published in the July/August 2017 issue of The Monitor. Click here for more or to download the whole issue.