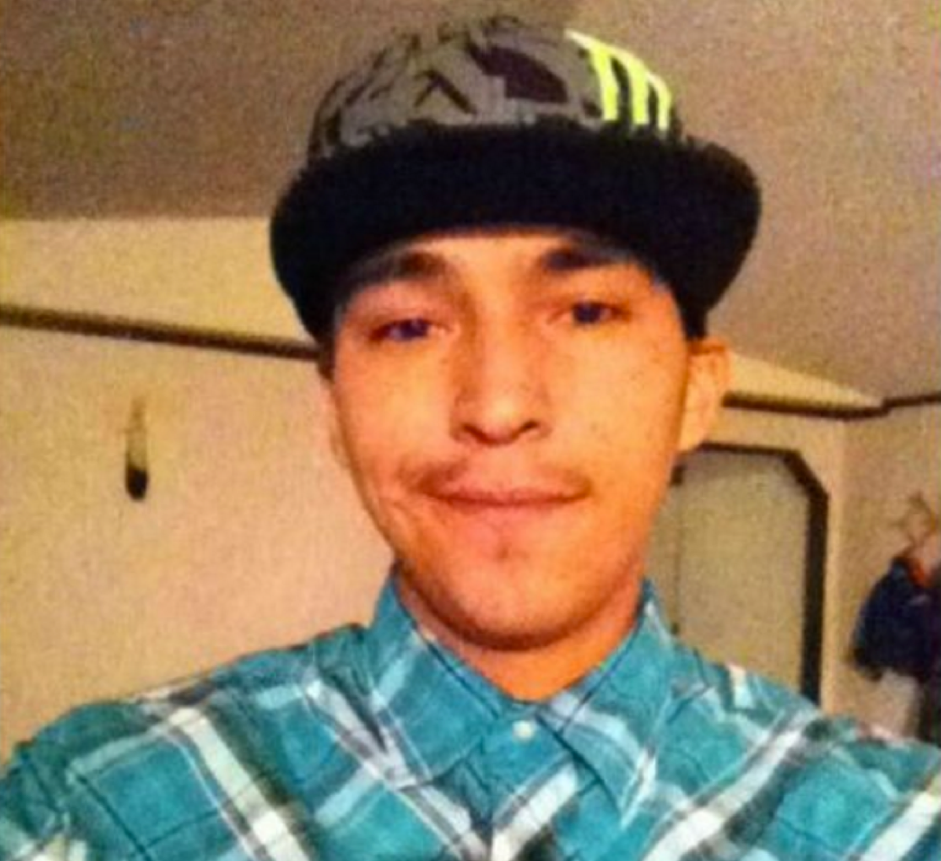 In November 1885, eight Indigenous men were hanged in Fort Battleford, Saskatchewan. These eight men were executed by the North West Mounted Police as part of a campaign to break down North West Resistance efforts in the prairies. Native children at Battleford Industrial School, a nearby residential school, were brought out to watch their relatives hang.

Visitors to the site in mid-August 2016 would have come across a replica of Fort Battleford and been greeted by actors in full North West Mounted Police costume. From here they might follow a path to the where Battle River meets kisiskāciwani-sīpiy (the North Saskatchewan River) and, had they looked closely, noticed bubbles along the banks from a recent Husky Energy pipeline spill.

Further along the kisiskāciwani-sīpiy in nearby First Nations, there remains a thick mix of bitumen and diluent coating the grass on the shoreline.

Moving east up the North Saskatchewan to the Forks, then following the South Saskatchewan River southwestward, leads eventually to Saskatoon. Here, in November 1990, a 17-year-old Cree man was dropped on the outskirts of the city by the Saskatoon Police Service. He did not return home but instead froze to death in the -40 C weather. His name was Neil Stonechild.

As a Cree girl growing up in Saskatchewan during the inquiry into Stonechild’s death, I remember a video clip of the Saskatoon police in their heavy winter coats, leaving footprints in the snow as they stepped around Neil’s body, his upper half barely covered by a thin blue jacket. I saw that three seconds of footage played on TV so many times that 20 years later the image is still vivid in my mind.

In Saskatchewan we are taught from a young age to believe that death is the natural state for Indigenous people. The only good Indian is cold, still and settled. Anyone who subverts this expectation—by living—is a tangible threat to the safety of the province, its non-Indigenous residents, and their property. For Canadians beyond the province’s borders, often forgotten Saskatchewan remains a daily battleground of Indigenous history and presence in this country.

On August 4, 2016, a 22-year-old Cree man from Red Pheasant Cree Nation was shot and killed by a white farmer after approaching a farmhouse near Biggar, Saskatchewan, where he and three friends had stopped to ask for help changing a flat tire. His name was Colten Boushie.

When I heard the news I was out of the province, far away from loved ones already organizing for Colten’s family. I could only bear to skim the news stories, and ended up getting stuck on a line about how the four young people spent the day swimming before they pulled up to Gerald Stanley’s farmhouse.

I always believed the prairie summer was a sacred time when nothing bad could ever happen. For a 22-year-old, August is about swimming at the river with friends, drying off our already-brown, summer-darkened skin with a towel, and brushing the sand off our feet before we put our shoes on for the drive home.

But as is often the case, the sacred for us is profane for our neighbours. No matter the season, inhuman violence and prairie racism proceed: “Farmer that killed one person for trespassing—shame on you. You should have shot all four of them and buried them out back,” said one of many social media comments about Colten’s death, some of them quoted by the CBC.

How does it affect Indigenous people forced to watch the murders of relatives and loved ones, the latest attempt to make us cold, still and settled? Native people on the prairies already know the answer. We know racism so thick it makes the air heavy to breathe, food tough to digest, life hard to live.

No, a more useful question is, “What is it like to live with a fear of Native people so intense that a second thought is not spared on loading your rifle and shooting a young Cree man dead who simply dared to cross your fence-line?”

Despite the foreign weight that bears on our bodies, Native folks are just like you, at least in some ways. We take naps in the August heat, we go for long drives to the river, we swim, we fall in love. The difference is that we do all these things in a county that long ago decided Native freedom, Native love and Native life are, more than anything else, a threat. A threat to westward expansion, to Canadian civilization, to private property, to your farm tractor. Take your pick.

In the few remaining warm days of this year, Native people will continue doing what we have always done, since time immemorial, in our prairie homelands. We gather with friends, take naps in the August heat, go for car rides or go swimming. But we’ll do these things now carrying Colten’s memory alongside the legacy of resistance in our already-brown, summer-darkened skin.

Erica Violet Lee is a Nēhiyaw writer, student, and community organizer. She has a BA in philosophy and political studies from the University of Saskatchewan and lives in inner city Saskatoon, a few blocks from where the first Idle No More teach-in was held in winter 2012. (Kinanaskomitin [thanks] to Hayden King for his guidance in the process of writing this article.)

This article was published in the September/October 2016 issue of The Monitor. Click here for more or to download the whole issue.