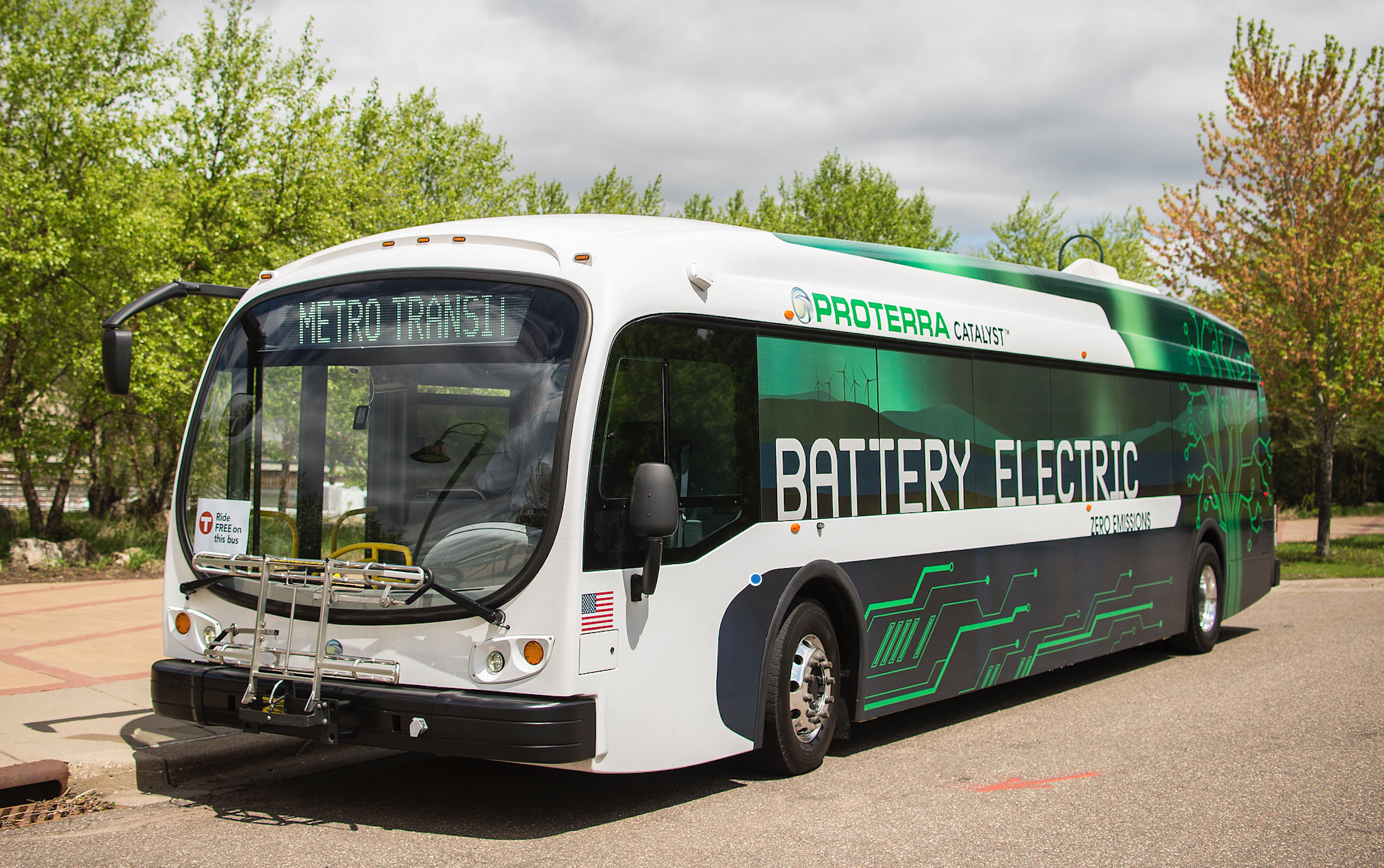 Canada lacks a coherent strategy to guide the development of its critical domestic industries. To proponents of market liberalization, deregulation and free trade, this is fine. Any vestige of active, goal-oriented and government-directed industrial strategy is anathema to them. Intervention is for developing nations, they say, but the best economic strategy for us is to have no strategy at all.

This directionless approach to economy-building has failed. Fallout from the COVID-19 pandemic shows how badly Canadian domestic production capacity is lacking, to the point that mask-making has befuddled some of our greatest minds. Yet this pandemic has also renewed interest in how governments might actively reshape supply chains or repurpose productive capacity in the national interest.

Call them industrial strategies or development programs, it doesn’t much matter. The fact is, the need for direct government action to rebuild local industry is clear and present. And none is more important than in the Canadian auto industry.

Auto manufacturing has a long history in Canada dating back to the early 1900s. Its growth surged over the 20thcentury, buttressed by close trade ties with the United States, and after 1965 a strategic trade and investment arrangement known colloquially as the Auto Pact. The Canadian auto industry thrived, and by 1999 we were the fourth largest auto-making nation in the world, producing roughly three million vehicles per year.

It was not long after this high-water mark that the domestic industry began to falter. Canada lost significant volumes of vehicle output (a decline of about 40%) along with tens of thousands of high-value and high-skill unionized jobs in factories, offices and in the trades.

There are many reasons for this. Most notably, a string of bilateral and multilateral trade agreements forced weak-kneed governments to dismantle industrial development policies. In 2001, the World Trade Organization dealt Canada a devastating blow by deeming the Auto Pact, which required U.S. automakers to link Canadian car sales to domestic investment, illegal. In its wake a different approach to sector development emerged.

In the post–Auto Pact world, government’s role was to provide a helping hand to industry through regulatory and financial support rather than leadership or supervision. Successful program launches in subsequent years, including at Ford, General Motors and Chrysler facilities (the traditional Big Three automakers), offered good news and served to pacify naysayers. In 2008, Honda and Toyota opened new “greenfield” facilities in Alliston and Woodstock, Ontario, respectively.

Sadly, these were Canada’s last new plants. Today, annual light-duty vehicle production has fallen to under 1.8 million per year. This is as much to do with Canada’s deteriorating automotive trade performance as the pooling of auto investments in places like Mexico, China and the low-wage southern U.S. states. According to the Michigan-based Center for Automotive Research, Canada received just 7% of the US$124 billion in total North American auto investment between 2009 and 2018—less than $1 billion on average per year.

Over this same time, Canada lost critical assembly capacity with the full closures of Ford Talbotville, GM Windsor Transmission, and the GM truck plant in Oshawa, along with hundreds of associated supplier plants. The recent halting of vehicle assembly at GM Oshawa (once the centre of Canadian auto production) and loss of the third shift at FCA’s Windsor assembly plant is the latest in a string of bad news.

This shrinking auto manufacturing capacity could not come at a worse time for Canada. Demand for next generation commercial and passenger zero-emission vehicles (ZEVs), especially electric-powered vehicles (EVs), is on the rise. New supply chains are forming to produce critical component parts for these vehicles, with new research, development and skills training to support them.

The expectation is that light-duty EV sales will make up over 50% of new car sales globally by 2040. Auto-making nations are clamoring for this investment. As of 2019, major global automakers, including the Detroit Three, pledged to invest more than US$300 billion in the electrification of their vehicle lineups. All have bypassed Canadian facilities.

The hands-off, fingers-crossed approach to sector development has run its course. It just doesn’t work. In its place, Canada needs aspirational and active government policies to both incubate the growth of Canada’s EV supply chain and drive investment in an infant yet burgeoning sector.

The good news is that Canada has a head start. In 2016, the Quebec government struck a deal with PSA Peugeot Citroen to study high-performance EV components. Canadian universities are specializing in electric and hybrid vehicle technologies. Innovation hubs across the Kitchener-Waterloo-Cambridge corridor (a primary site for auto parts production) are world-renowned. Canada’s bountiful hydroelectric and other GHG-free energy capacity puts the country on solid footing to be a world leader in lifecycle, low-carbon emissions manufacturing.

In 20 years, Canada can become a global leader in both the development and production of clean, autonomous and connected vehicles. That is the vision. However, without a co-ordinated national strategy in place to turn this vision into a reality, Canada will flounder as other nations press ahead.

Cognizant of this threat, the European Commission has created the European Battery Alliance, a co-ordinated effort across government and industry to encourage production of battery components on the continent. There is no comparable level of co-ordination in North America. It is unclear whether new rules for EV sourcing under the USMCA (the “New NAFTA” that went into effect July 1) is incentive enough to increase global market share, and what (if any) benefits will trickle into Canada.

Regardless, Canada can still prosper. Initiatives like the Project Arrow concept car, led by the Canadian Automotive Parts Manufacturers Association, show that the domestic industry has the knowhow to bring EVs and component parts to market. Canada has the skills and the infrastructure, but lacks the co-ordination and focus to make auto and EV sector development a national priority.

Calls to resuscitate domestic supply chains in the wake of COVID-19 create meaningful political space for such a discussion to happen. There is a natural opening for government and policy-makers to envision how modern industrial policy might assist in achieving the twin goals of economic development and environmental sustainability.

At its heart, industrial policy is an exercise in goalsetting. It is an effort to co-ordinate interrelated policies across government departments and jurisdictions. Any fully formed strategy can also only happen through social dialogue and in close consultation with workers and industry experts.

Canada’s EV strategy should start with a comprehensive mapping of existing capacities and materials needed to forge a complete supply chain for EVs and component parts in Canada. Through this exercise, governments can identify gaps, isolate and co-ordinate investments (both direct and indirect) and strategically target new product developments.

An EV strategy should include the setting of domestic production targets for vehicle assembly and component manufacturing. This can complement the current federal goal to make 100% of all new vehicles sold in Canada GHG-free by 2040. An effective industrial strategy should also require federal, provincial and municipal governments to work together on ambitious infrastructure programs, including public and household charging stations, to expand the consumer market for EVs and meet environmental policy objectives.

A co-ordinated approach to sector development must also tie in public awareness and marketing programs, consumer purchasing incentives, research and development investments, and skills training and labour market planning across jurisdictions and between ministries. All of these efforts must synchronize with progressive trade policy to meet Canada’s sustainability goals, including measures that disincentivize the importation of GHG-intensive products for EV use and that attach strict environmental and labour conditions on goods entering the Canadian market.

Of course, these are just some starting-point ideas. How such a program might connect with downstream vendors like auto dealers, or upstream suppliers like steel and aluminum producers, are questions for further discussion.

For decades, auto workers have called on government to initiate a national auto sector strategy, but to no avail. In the meantime, we are losing good auto jobs, and communities are reeling with the significant negative spin-off effects. Every assembly job affects 10 others throughout the economy. There is very good reason for governments to treat an auto sector rebuild as a strategic priority.

Sadly, the window for Canada to act is closing. Canada must reclaim its spot among the top class of world automakers. The laissez-faire approach of the past 20 years has shown us that this won’t happen by accident. What Canada needs is a plan.

Angelo DiCaro is Director of Research at Unifor, Canada’s largest private sector union and the primary union and lead voice for auto workers in Canada.