Home › Publications › The Monitor › The misuses of national security

The misuses of national security 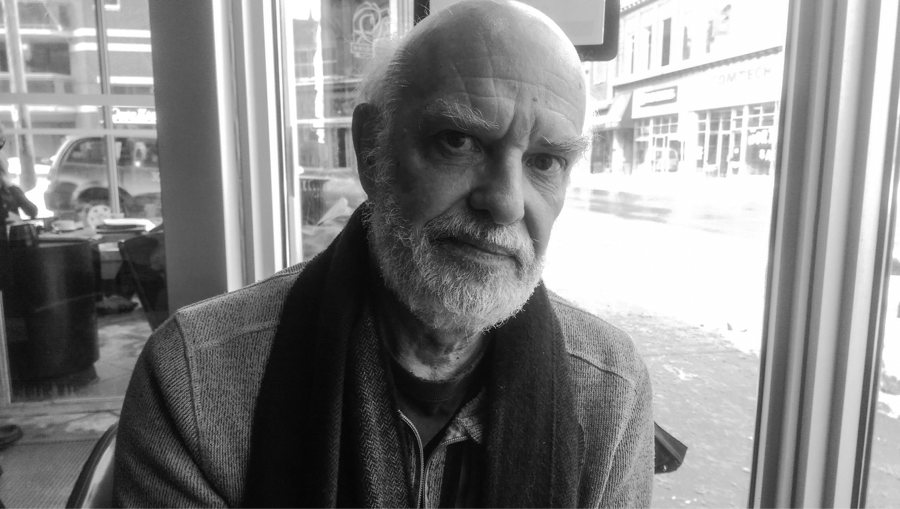 In July, after nearly a half-century of defending human rights and civil liberties in Canada and abroad, Roch Tassé will retire, leaving his current post as co-ordinator of the International Civil Liberties Monitoring Group (ICLMG), which he has held since its creation in 2001.

The Franco-Ontarian began his life in activism as a social worker and community organizer in Ottawa’s eastern townships, spending four years in the 1970s with the federally sponsored Company of Young Canadians, a creation of the Trudeau government “to co-opt the activism of the radicals in the late 1960s,” he jokes over a coffee in early February. After the project was disbanded, Roch became the editor of a newspaper serving the francophone community outside of Quebec, where he worked until 1985. That was the year he took responsibility for Inter Pares’s Central America program, which brought him to Nicaragua, El Salvador, Guatemala and eventually Chiapas, Mexico where civil wars had displaced entire communities and state repression was the norm. With a network of NGOs, Roch took part in UN-brokered peace negotiations in the late-1980s that saw the return of refugees, and the reconciliation of warring factions, among them the Contras and Sandinistas in Nicaragua.

With relative stability in the region came international investment. In 1999, Roch spent a few years doing contract work for MiningWatch and other groups monitoring the impact of Canadian mining companies in Central and Latin America, “which was almost as bad as being in the war zones,” he tells me. Our conversation about his life, career (and retirement) inevitably focused on the new wave of anti-terrorism legislation introduced over the past few months, and what the ICLMG is doing to challenge it.

Stuart Trew: What attracted you to the International Civil Liberties Monitoring Group?

Roch Tassé: ICLMG was created in 2001. I applied and got the job. I was not a lawyer. The committee told me, after I was hired, that it was on the basis of my coalition experience while working for Inter Pares. Soon after I got the job, the first big issue was Maher Arar, and working for a year on his repatriation to Canada. We did it jointly with others, of course, like Amnesty International and unions. But ICLMG was, I think, a key player. Then we got the O’Connor Commission going, and that went on for two-and-a-half years. ICLMG had intervener status during the commission. I sat in every frickin’ public hearing. For me it was all legal training, watching the work of the commission and learning the issues, and socializing with the lawyers. I learned more about national security operations and agencies and how they work, their deficiencies and strengths, through all the witnesses who appeared at the O’Connor Commission.

A lot of the work we’re still involved in is a result of the O’Connor Commission. We’re still calling for oversight and review of national security agencies, basically the implementation of Justice O’Connor’s recommendations. There is a new generation of parliamentarians, some very young, who have no idea what the O’Connor Commission was all about. There are policy advisors to the Minister of Public Safety who don’t even know who Maher Arar is. There is no historical memory (or much) on the Hill. And now with the new legislation adopted after October’s Ottawa shootings—Bill C-44 and Bill C-51—it almost feels like we’re back in 2001, with a new wave of anti-terrorism measures, when people have not even digested the impact of the first wave in 2001.

ST: Can you describe a bit the impact of this first wave of terrorism law?

RT: A lot of what happened to Maher Arar, Abdullah Almalki and others was just the behaviour of the security agencies post-9/11, with or without new powers in law. They abused their powers. For example, through information sharing, which led to the rendition and torture of several Canadian individuals. But the first wave of legislation created a paradigm of dealing with terrorism as an enemy, and the concept of the war on terror was born. Destroying a building was always a crime. But suddenly if it was motivated by religious or political motivations they call it terrorism. The massacre at the École Polytechnique in Montreal, where a crazy guy killed 14 women, was not an act of terrorism. A lone wolf who shoots one guy on Parliament Hill is called terrorism. It’s a concept that can be manipulated for political reasons, easily. And we’ve seen the slippery slope in government documents over the years, and in CSIS reports, not explicitly changing the definition, but naming some threats to Canada under anti-terrorism documents. For example, environmental activists are seen as people opposed to the national interests of Canada. The association between economic interest and national interests has been expressed more clearly than ever before by this government.

ST: What do you think are the most important factors contributing to that first legislative response?

RT: When you have technology that can make surveillance so easy, it must have been extremely tempting for all police and intelligence agencies to have access. That’s one factor from before September 11, 2001. Then we had the big market burst of the IT industry in the mid-90s, when a lot of the companies controlling these new technologies needed to rebuild their markets, so the opportunity to offer massive surveillance technology was salvation for them. A third factor is obviously the pressure from the U.S. government on all its allies, including Canada, after 9/11 to adopt laws similar to the PATRIOT Act. Within weeks we had written and adopted anti-terrorism legislation very similar to the U.S., and one wonders still how they were able to draft it so quickly. Then you had the political motivation, what I call political theatre, under pressure from allies [but also] from the public, who were scared after 9/11.

I remember being in a parliamentary committee over the Public Safety Act, which followed [in 2003] the first Anti-Terrorism Act, where MPs were challenged by witnesses on why they need these powers, since it would not prevent the next attack, and they responded, “You might be right, but the public would never forgive us if we did not introduce new measures.” So the MPs were admitting they had doubts these measures would do anything to protect the public. It was more the theatre, the optic, and I believe C-51 is another case. It won’t necessarily provide more security. And in this case, it’s very electorally based: the manipulation of fear, getting political capital out of showing you’re going to be harsh against terrorism.

ST: Roxanne James, parliamentary secretary to the Minister of Public Safety, recently said the government knows what’s in Canada’s best interests, and that increased oversight of security agencies would create “needless red tape.” What do you make of this attitude?

RT: The government refused to invite the federal privacy commissioner to the hearings on Bill C-44. The new commissioner had expressed publicly some concerns and the government didn’t want to hear those concerns. They actually turned him down, and all the civil liberties organizations. Not a single one was invited to testify.

The most serious impact of all these measures…is that they take away legal standards or legal procedures from the courts and give them to ministers. Like the security certificate process, where you don’t charge people, you get a minister with the power to issue a security certificate for someone’s detention. Or the no-fly list, where you don’t go in front of a judge to get a warrant to put a person on the list—it’s at the discretion of the minister—and where under the legislation just introduced they’ve widened the criteria to put somebody on the no-fly list, with no redress, no recourse.

This tendency to take everything out of the judicial system and put it in the hands of ministerial, arbitrary decision-making powers—it’s the executive taking away both from the legislative and the judicial. We’re really moving away from the three pillars of the balanced Canadian system. We resemble more and more the republican model of the United States, where all the power is in the hands of the presidency and the executive.

ST: Let’s say a new government is elected in October. What does it need to do to make things right?

RT: At the minimum, the introduction of very robust oversight and review on all agencies would have to be a priority, to mitigate the potential dangers of abuse.

Ideally, a new government should abrogate the Anti-Terrorism Act and many of the new acts that have passed since. This might be possible in some cases. The new bill last week (C-44) granted CSIS, for the first time, police powers. CSIS was created as a result of the McDonald Commission, because of all the abuses that were done by the RCMP when the RCMP did both functions—intelligence gathering and policing—without oversight. A lot of these abuses happened in the ‘70s during the FLQ crisis: burning barns, disrupting meetings, stealing all the membership lists of the Parti Québécois to find out which federal employees belonged to the PQ, surveilling NDP activists in the 1974 election. This bill last week gives CSIS police powers that are exactly what the RCMP had before. If that is not abrogated, we’ve gone 40 years backward in the security regime of this country.

Plus, what was the origin of the abuses after 9/11 that led to the rendition and torture of Canadians? Information sharing with foreign states. The government is expanding that with almost no limits. Once information is in the hands of another country there’s nothing Canada can do to protect the rights of its people, so with more information sharing we’re putting a lot more Canadians who travel abroad at risk. The risk in 2001 was to be rendered to torture. The risk today is being the victim of a drone assassination conducted by the United States. So the implications are even worse than in 2001. It’s like we haven’t even learned from the O’Connor and Iacobucci Commissions.

A new government must also factor in the Edward Snowden revelations. The massive spying operations of CSEC have to be reined in. We need a parliamentary committee on national security that could re-examine the whole function and mandate of CSEC. It has never been examined seriously by parliamentarians, most of whom don’t even understand what it does. It’s almost a state within a state right now and that needs to be addressed.

Fundamentally, the next government must redress for all past abuses. We still have Almalki, Ahmad El-Maati, Muayyed Nureddin, Benamar Benatta and others who have shown through litigation against this government and in past commissions of inquiry that their rights have been violated. The next government has to address these cases. Apologize, redress, compensate financially. Omar Khadr has to be dealt with as a child soldier for the first time. I suspect both opposition parties would be very receptive to correcting those abuses.