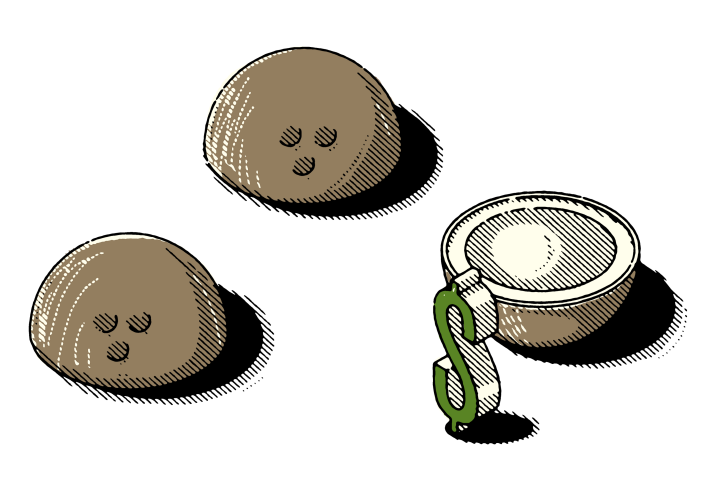 Imagine you’re a lawyer who specializes in international taxation. You work at a prestigious firm whose clients include the world’s rich and powerful: Russian oligarchs, Wall Street executives, Gulf state sheiks, some heads of state and government, even a few famous rock stars. Your task is to find a suitable place to stash their wealth so as to “minimize liabilities.” An easy way to do it is to start shell companies, a trick you’ve pulled off many times before.

You look at a map of the world and start thinking. How about the old favourites: the Cayman Islands, British Virgin Islands, Bermuda? No, too obvious. The United Kingdom has passed legislation requiring the disclosure of the real beneficial owners of corporate entities in its overseas territories (see Erika Beauschene in this issue), spelling the end of shell companies as we’ve known them. Ireland, Luxembourg or the Netherlands, then? Sorry—like the U.K., the European Union recently mandated that each member state must set up a public beneficial ownership registry.

You start scratching your head as you realize this is becoming a trend, at least among wealthier countries, many of which are beginning to catch on to the free pass given to all kinds of financial wrongdoing. Looking back at the map, Mexico, Kenya and India catch your eye as potential alternative shell company hosts. Then you remember that these countries have signed onto public beneficial ownership transparency as part of the 2016 London Anti-Corruption Summit!

Close to giving up, you wonder aloud: “Is there a country left in the world that has all the privacy protections and the rule of law and good ease of doing business, but that still lacks beneficial ownership transparency?” You look back at your map and finally see what’s been there all along. How could you have missed that huge landmass staring right back at you? Of course! Canada, a country with the nicest and cleanest of reputations, is somehow still a relative laggard when it comes to the level of transparency expected of corporate entities registered there.

You call up your clients and announce you’ve found the perfect place to park their evaded taxes and illicit wealth. “It’s off to the Great White North!”

From Russia with laundered funds

It might be troubling for many Canadians to learn that their country has become a tax and laundering haven, but this is precisely what leaks like the Panama Papers have revealed. Internal records of the offshore firm at the centre of the scandal, Mossack Fonseca, show employees pointing to Canada as a particularly easy place to incorporate shell companies while advertising the country as a "good place to create tax planning structures to minimize taxes.”

A large part of the reason for this is that Canada is tied for last place among G20 partners with respect to fulfilling the group’s commitments to advance beneficial ownership transparency. More recently, the EU has committed to a publicly accessible database of individuals who ultimately own, derive benefit from or exercise control over a company or legal entity, whether or not these are the same as the formal legal owners.

The gap between legal and beneficial ownership reporting allows for any number of intermediaries, nominee directors and shareholders to obscure who really owns the entity, creating pathways for the circulation of wealth between shell companies and making it much more difficult for public authorities to detect wrongdoing of the following varieties.

In May 2017, CBC News released the results of its months-long investigation into a possible Russian tax fraud and money laundering ring. Suspicious funds were routed through approximately 30 Canadian bank accounts, and $17.6 million was discovered to have been transferred from Canadian companies to the accounts of Russian criminal syndicates. Some of these Canadian companies undertook questionable business practices. (This was the case the slain Russian tax lawyer and anti-corruption icon Sergei Magnitsky was involved in exposing.)

Since the release of the Panama Papers in April 2016, nearly 900 Canadian individuals and corporate entities have been named as being involved in Mossack Fonseca’s tax-dodging operations. However, as the Monitor went to print, no one had yet been prosecuted, and investigative efforts by law enforcement and the Canada Revenue Agency are still in process.

The ongoing Panama Papers probe, undertaken by the CRA in connection with a reported $77 million offshore tax evasion scheme, resulted in search warrants on two Vancouver properties this March. According to the agency’s press release, the scheme was an alleged attempt to evade non-resident withholding tax and was enabled by connections between “domestic and offshore entities,” as confirmed by “various information sources, including records obtained through the Panama Papers leak.”

In September 2018, the British Columbia government created an expert panel chaired by Simon Fraser University professor Maureen Maloney to shed light on money laundering in the province’s real estate sector, a practice commonly undertaken through the use of shell companies. According to the panel’s final report in May 2019, an estimated $7.4 billion was laundered in British Columbia in 2018, with around $5 billion hidden through housing. The report estimates there could be about $30 billion laundered throughout the rest of Canada.

Though the Maloney report did not put forward an estimate of how much of this money could be linked to tax evasion, it explicitly acknowledges the vital link between evasion and money laundering: “Money launderers are often also tax evaders. Less taxation revenue directly impacts the ability of governments to provide quality public services for residents,” it reads. The report also highlights linkages with entities in tax haven jurisdictions: “All of the complexity of the international financial system can be used in innovative ways to structure a series of transactions that can be difficult or impossible to trace back in practice.”

In 2018, investigators from the CRA alleged that a company with holdings in Alberta’s oil patch, Sequoia Resources Corp, served as a vehicle for tax evasion in connection with offshore accounts. The CRA claimed the company’s owner received funds amounting to $2,666,865, “through a series of transfers involving foreign corporations that he is either directly or indirectly involved with.”

Though a relatively small-scale case of alleged individual tax evasion compared to the more notorious scandals, it is important in that it involves the Alberta oil patch, which is often touted as the economic mainstay and pride of the province. More care needs to be taken by the provincial government in Edmonton to address the vulnerabilities of the sector to tax evasion.

In June 2019, York Regional Police divulged information on the bust of the “Figliomeni Crime Family,” accused of laundering around $35 million through illicit funds and assets. Twenty-seven arrests were made, including nine individuals in the organization’s leadership who “face a litany of charges, including money laundering, tax evasion, and participation in a criminal organization, among others,” according to Global News.

The Figliomeni family’s alleged criminal enterprises include corporate entities in the form of accounting firms and real estate companies in and around Vaughan, just north of Toronto. Using these corporate entities, the organization was allegedly able to engage in “laundering millions through Ontario casinos, gambling between $30,000 and $50,000 a night,” as reported by the Vaughan Citizen.

Police involved in the case have remarked on the centrality of investigating “financial offences that can be documented.” The observation underscores the need for law enforcement authorities to have the tools and capabilities to trace illicit financial flows through whatever fronts and vehicles these funds may be channelled.

No one, not high-powered tax lawyers at an offshore firm or international crime syndicates and their confederates in corrupt governments, should be able to turn to Canada as a secrecy jurisdiction of last resort—and after everyone else has gotten their act together on corporate ownership transparency.

As these cases demonstrate, the need for a national public beneficial ownership registry has become more urgent than ever. Its establishment would eliminate the use of shell companies as a means of engaging in financial crime and allow Canada to realize advantages like potential increased tax revenues and an easing of the endemic money laundering of recent years.

Now, a national public registry would by no means be a panacea or a one-stop shop for tackling the complexity of financial crime. It would, however, provide a much-needed extension and supplement to the existing financial intelligence infrastructure, one that can help authorities by raising red flags in the event of suspicious transactions and transfers.

A public registry would fill in or match information from other databases, such as sanctions lists or the recently implemented Common Reporting Standard, and make it easier to co-operate with other jurisdictions in catching the culprits of transnational money laundering and tax evasion. For big cities like Vancouver and Toronto, where large infusions of anonymous wealth have inflated housing prices, a beneficial ownership registry would curtail the use of shell companies as vehicles through which to purchase property, and would do much to ease the affordability crisis.

For the federal government, a registry would close the avenues afforded by anonymous shell companies for directing the proceeds of crime to illegal outfits and assorted kleptocrats. Just as important, a beneficial ownership registry and database would allow Canada to challenge its growing international reputation as an alternative tax haven and money laundering destination.

We shouldn’t be the place deceptive tax lawyers settle on to set up shell companies for their rich clients. We should instead take a leadership role in the global campaign to restrict illicit financial flows, fight corruption and lay the foundations of a fairer economy and a more decent society at home and abroad.

Michael Cuencois an independent researcher and advocate on tax issues. He is currently pursuing a master of global affairs at the Munk School of Global Affairs and Public Policy.