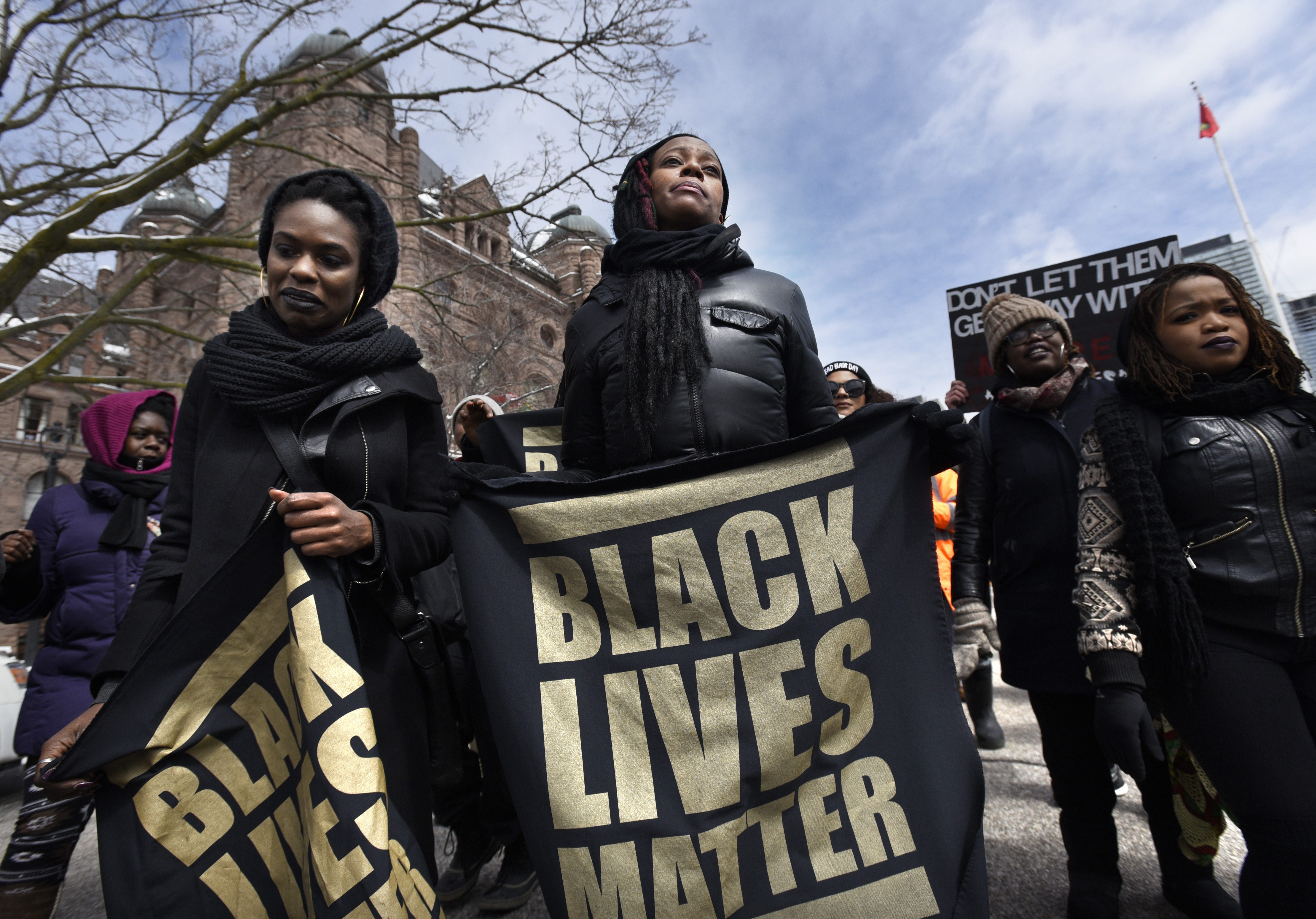 Thinking of Ontario’s upcoming provincial election, I am reminded of what Karl Marx once said about history: “Hegel remarks somewhere that all great world-historic facts and personages appear, so to speak, twice. He forgot to add: the first time as tragedy, the second time as farce.” In 1995, Ontario was taken by the tragedy of Mike Harris’s Common Sense Revolution (the official name of his Progressive Conservative platform). Now, in 2018, the province is at risk of falling for the farce of what you could call the Common Man Revolution of PC leader Doug Ford.

In rather typical populist fashion, Ford says he is championing the interests of common or everyday people versus those of an entrenched political elite. The latter are portrayed as self-indulgently committed to bloated budgets and wasteful government spending. Ford’s Common Man Revolution, in contrast, calls for billions of dollars in tax cuts and a dramatically smaller government, all ostensibly in the interest of decreasing provincial deficits, balancing budgets and making life more affordable for average, hard-working Ontarians.

While Harris never dedicated his ‘90s brand of austerity to the common people, his Common Sense Revolution was similarly characterized by massive cuts to taxes, social spending (on health, education and social assistance) and the size of the public service, along with a downloading of funding responsibilities to municipalities. In this way, Ford can be considered a redux of Harris, his modern populist posturing masking a farcical commitment to now old-fashioned neoliberal policy priorities.

However, if the similarities in content between the Harris and Ford revolutions are not so interesting (they are both conservatives, after all), their timing most definitely is. Both men emerged in response to meaningfully progressive, though deeply imperfect, shifts in socially equitable policy-making by the ruling incumbents (the NDP in 1995, the Liberals in 2018). When we consider specifically the instances of racial justice policy reforms that preceded each election, the curious historical continuities become clearer.

The hemorrhaging of a racially just agenda

Among the primary targets of Harris’s disdain during the election campaign of 1995 were employment equity, racially equitable reform of the criminal justice system, and government-led antiracism initiatives. Bob Rae’s NDP government had ambitiously embarked on a plan to address systemic discrimination in Ontario workplaces. Notably, it appointed a leading jurist, Juanita Westmoreland-Traoré, a Black woman, as Employment Equity Commissioner of Ontario, where she led provincewide consultations on the experiences of discrimination in Ontario’s labour market.

These efforts culminated in the adoption, in 1993, of the Employment Equity Act. Its purpose, as stated in the preamble, was “the amelioration of conditions in employment for Aboriginal people, people with disabilities, members of racial minorities and women in all workplaces in Ontario and the provision of the opportunity for people in these groups to fulfil their potential in employment.” The legislation sought to achieve this by creating diversity benchmarks for employers, and supporting the development of more inclusive work environments for historically marginalized employees among groups identified as being most targeted by discrimination in the labour market.

On the criminal justice front, in October 1992, the NDP launched the Commission on Systemic Racism in the Ontario Criminal Justice System (CSROCJS) with a mandate “to inquire into and make recommendations about the extent to which criminal justice practices, procedures and policies in Ontario reflect systemic racism.” The commission was established following raucous years of righteous advocacy and organizing by the African Canadian community, most notably the vocal and fearless Black Action Defence Committee (BADC).

At that time, BADC was aggressively and publicly challenging anti-Black police brutality and other forms of racism in policing and within other Canadian institutions. The group is commonly remembered for leading a large, peaceful protest in May 1992 to condemn police killings of Black civilians. That action would erupt into what is remembered today as the Yonge Street Riot—an uprising of frustrated, mostly young civilians who had had enough of living on the edges of socioeconomic disenfranchisement.

After windows were broken and fires set to businesses and police vehicles along Yonge Street, the protestors were set on by mounted police and highly armoured tactical units. Premier Rae responded to the uprising by promptly tasking Stephen Lewis to investigate its underlying causes. Lewis would report a month later that the unrest was due in large part to Black Ontarians being fed up with widespread, systemic anti-Black bias in policing, employment, housing and education. He recommended an inquiry (the CSROCJS), which, in December 1995, would call for urgent and significant law and policy reform.

The June 1992 Lewis report had also recommended bolstering the province’s antiracism efforts by strengthening the Ontario Anti-Racism Secretariat, which the NDP had established in 1991. Lewis specifically called to increase the secretariat’s funding, hire more staff and undertake a comprehensive effort to collaborate with community groups to raise Ontarians’ collective consciousness about racism and their capacity to recognize and constructively address it. The Rae government accepted this recommendation, expanding the budget, staff complement and activities of the secretariat. 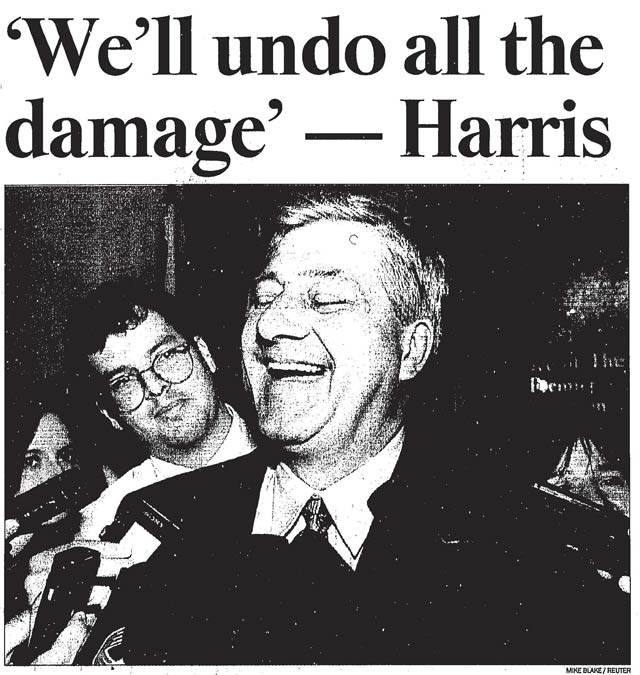 By 1995, Mike Harris’s Common Sense Revolution was vociferously attacking each of these racially progressive policy initiatives in their campaign against the NDP government. The employment equity measures were misrepresented by the PC party as creating a hiring quota system that prioritized non-white applicants irrespective of their qualifications.

Soon after Harris took power, the Employment Equity Actwas repealed and its associated commission disbanded. The Ontario Anti-Racism Secretariat swiftly and unceremoniously suffered the same fate, and the Commission on Systemic Racism in the Ontario Criminal Justice System, which completed its seminal and still yet-to-be replicated report less than six months after Harris took office, was discarded into the dustbin of history.

The Liberal government, under Dalton McGuinty and now Kathleen Wynne, has avoided calls to reinstate the CSROCJS even as the conditions that led to its creation can be said to have resurfaced.

Yesterday’s BADC is today’s Black Lives Matter (BLM), whose strategic organizing and advocacy prompted the Ontario government, in 2016, to appoint Justice Michael Tulloch, of the Ontario Court of Appeal, to conduct an unprecedented review of police oversight in Ontario. The process culminated in a March 2017 report in which Tulloch credits BLM for pushing the Ontario government to act, and which makes several recommendations that would lead to the introduction of the Safer Ontario Act, 2018.

The new act, voted into law on March 8 this year, provides the first major update to policing and police accountability legislation in the province since the NDP passed the Police Services Act in 1990. The new act gives chiefs of police broader powers to suspend officers without pay, and requires that all reports of the Special Investigations Unit (SIU), which determines whether to lay charges against officers in cases of alleged serious injury or sexual assault against a civilian, be made public.

The secrecy of SIU reports became a major flashpoint of debate following the killing of Andrew Loku by Toronto Police in July 2015. The new act also strengthens the requirements to notify the SIU when an officer (even when off duty) has seriously injured a civilian—a reform that was almost certainly inspired by the alleged assault of then 19-year-old Dafonte Miller by off-duty Toronto police officer Michael Theriault and his brother. That case is now before the court.

These changes are not without controversy, and politically powerful police associations have expressed considerable opposition to some of the new measures. Bruce Chapman, president of Ontario’s police association, told a provincial standing committee studying the legislation.

“I trust my fellow officers, and I know that we welcome the opportunity to build public trust and accountability in law enforcement,” he said. “But changes must be reasonable. The government is hurting our ability to keep Ontario safe by handcuffing police while we should be handcuffing criminals.”

Finally, in 2016, the Liberal government also somewhat tepidly introduced an Anti-Racism Directorate, an Anti-Racism Act and a three-year Anti-Racism Strategic Plan. While these initiatives have not been as fiercely critiqued as the other two racial justice policy actions, conservative politicians and right-wing media nationally are once more denying the existence and/or perniciousness of racism.

This resurgent wave of colour-blindness crusaders is energized by the Trudeau government’s recently announced plans to engage in national consultations on the experiences and impacts of racism in Canada. The Globe and Mail’s parliamentary bureau chief Bob Fife, along with national columnists John Ibbitson, Rex Murphy and Margaret Wente, and Conservative MP Maxime Bernier, have all dismissed the need and relevance of these national consultations.

We should keep an eye on PCs looking to channel the Common Sense Revolution’s success in discrediting such racial justice policy initiatives as examples of Liberal largesse, wasteful spending and political correctness run amok—alleged distractions as the average (read: white) Ontarian struggles to make ends meet.

In fact, the Ford campaign is already wading into these waters. In a Globe and Mail article on April 22, his community safety critic, Laurie Scott, said a PC government would revisit the Safer Ontario Act, since it’s what the police want them to do: “They were quite upset with the government and didn’t feel like they were being listened to. They felt undermined and I wouldn’t blame them.”

The rise of white rage

Ontario voters need to be honest with themselves. Though it is thus far unspoken, there is an ever-present link connecting Harris’s “common sense” revolution with Ford’s “common man” revolution. That link is “white rage.”

The term was coined by Carol Anderson, a professor of African studies at Emory University, who defines “white rage” (in her book of the same title) as a form of resentment-fueled social, political and legal backlash against actual and perceived advances made by racialized citizens through racial justice law and policy reforms. White rage, she explains, is not characterized by overt expressions of racial violence or animus by right-wing political leaders, media and/or their supporters. It’s more subtle and discrete.

“White rage is not about visible violence, but rather it works its way through the courts, the legislatures and a range of government bureaucracies,” Anderson writes in her book. “It wreaks havoc subtly, almost imperceptibly…. It’s not the Klan. White rage doesn’t have to wear sheets, burn crosses, or take to the streets. Working the halls of power, it can achieve its ends far more effectively, far more destructively.”

It may be difficult to recall now, but Harris was never explicitly or overtly racist in his targeting of the racial justice initiatives of his era. A generation later, we should expect Ford, and other politicians, to be even more sophisticated than Harris was in the use of coded-language and dog-whistle political campaigning aimed at justifying the rollback of hard-fought-for racial justice initiatives before they can have a chance to deepen diversity and increase racial equity in this province.

The very term “white rage” admittedly sounds like alarmist hyperbole. However, when we allowed it to be called “common sense,” Ontarians paid a tragic cost. We cannot let this history repeat itself, as tragedy or farce, through our own self-deception.

Anthony Morgan is a Toronto-based community advocate and lawyer. This article appears in the forthcoming May/June special Ontario election edition of the Monitor, the CCPA's bimonthly magazine. Visit www.policyalternatives.ca/monitor for more information about the Monitor or to donate to the CCPA.