Home › Publications › The Monitor › Reconnecting taxes and the common good

Reconnecting taxes and the common good 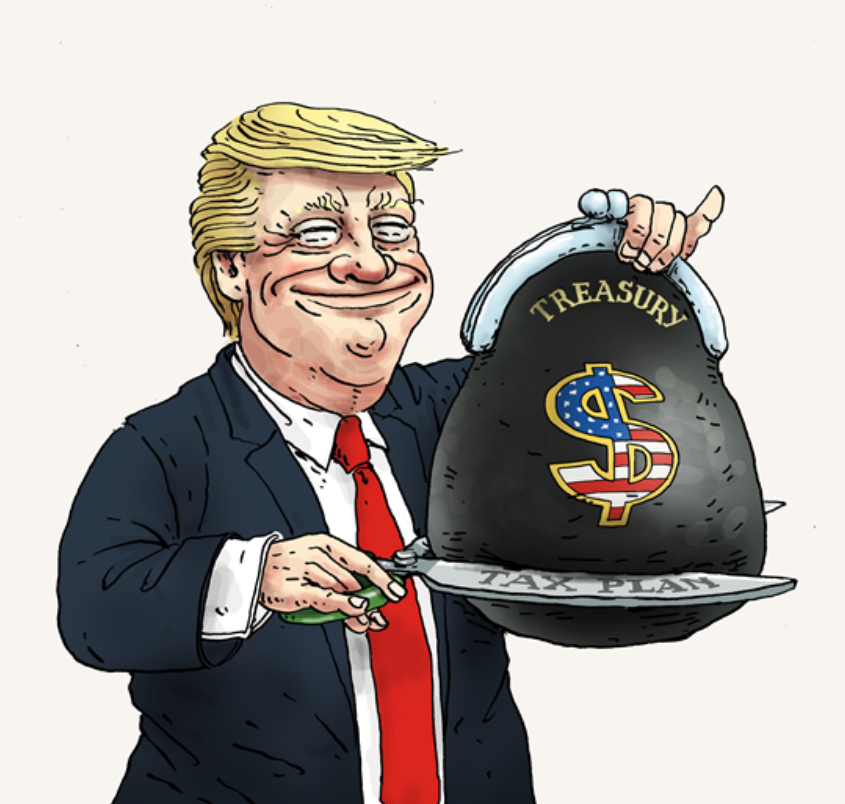 It didn’t take long after the Trump regime passed its “huge” tax cuts, overwhelmingly favouring corporations and the wealthy, for the predictable warnings to show up in Canadian newspapers, provincial legislatures and the House of Commons. Our economy will be squashed if we don’t find the courage to join in the tax-cutting. Businesses will founder. Rich people will flee Canada. Jobs will disappear.

Sure, our tax revenues as a share of the overall economy are lower than they’ve been in over five decades. Yes, government expenditures are lower than they have been since the days before we had public pensions, medicare and mass education. But more tax cuts are still offered up as the best—or even the only—option.

The failure of decades of tax-cutting to yield the promised increases in innovation and productivity has not constrained the willingness of some political parties and governments to treat ever-deeper cuts, especially for businesses and the rich, as indisputably good economic policy. If past cuts didn’t have quite the effect they were meant to, they say, perhaps the cuts just weren’t deep enough. Failed economic ideas don’t die easily.

Clearly, Canadian politicians cannot ignore the implications of tax cuts or other major economic policy changes in the United States. But they would be wise to ask what our neighbour may be giving up with these latest cuts, and where our comparative advantage might really lie. We oughtn’t to assume the benefits of tax cuts or to ignore their costs.

Many took the last federal election as a sign that Canadians were ready to say no to more austerity, to say yes to more spending. Indeed, the political orthodoxy of annual balanced budgets as the measure of fiscal responsibility seems finally to have been jettisoned, at least by some governments. But this small, though welcome step does not begin to allow these governments to reverse decades of austerity. Any new spending Canadians are being offered is still highly constrained, funded as it is through some combination of deficits and often costly privatization schemes and sales of valued public assets.

When we do dare to talk about taxes today, other than simply more cutting, our focus tends to be tax fairness. That’s as it should be. Decades of cuts have made our tax system less progressive. They have favoured the wealthy and powerful. And the extensive coverage of the Panama and Paradise Papers generated widespread outrage at the ease with which many of the richest have been able to avoid and evade, legally and otherwise, their even relatively modest tax obligations.

All of this has no doubt undermined the legitimacy of our tax policies. But it has also led many to conclude that the majority of people pay too much in taxes rather than that the rich pay too little. Tax cuts continue to sell politically. Tax increases, not so much. The thing is, as essential as tax fairness is to a more equal society, we also need to collect enough tax revenue to pay for the country we want.

While we can expect that taxes will be front and centre in elections—provincial, municipal and federal—over the next couple of years, debates will likely revolve around whose taxes to cut and by how much. The revenue gap, however, seems still pretty much a political no-go zone.

In part, at least, this reflects the success of the tax cutters in equating government with waste and corruption. Of course governments have to be held to account for spending abuses and gross inefficiencies. Waste and misspending drain an already very shallow pool of public trust. But as studies continue to show, the extent this is actually happening has been grossly and often deliberately exaggerated, part of the longstanding assault on the very idea of government, and a key strategy used to justify the pretence that tax cuts are a free good.

Many of the worst examples of waste are one-offs while the tax cuts they justify are enduring. Tax cuts never pay for themselves. Invariably, they have real costs: public services are squeezed and opportunities to improve government programs lost, with the consequences falling most heavily on the most disadvantaged and vulnerable, and on future generations who of course don’t get to vote.

Ironically, as we weaken government and undermine public services, as wait times go up while access goes down and out-of-pocket costs rise, we increasingly question just what our taxes are buying. Austerity is self-perpetuating.

As Ontarians prepare to choose our next government, we ought to be as ready to ask who will pay for the inevitable tax cuts on offer as we are to ask who pays for new spending. If the answer is that tax cuts will be paid for by ending the gravy train we ought to demand specifics, since there is rarely if ever enough gravy to offset the cuts. Equally, any promise to reverse the decades of austerity needs to come with a revenue plan.

If the best we are offered is the promise that we will be asked to reserve less of our income for the common good, that the government will leave a little more cash in our pockets, we need to ask ourselves how that will stack up against the ever-rising costs of child care, housing, tuition and other fees, and out-of-pocket costs for services that used to be free.

Most important, beyond calculating the direct benefits we and our families might be getting from what’s on offer, we ought also to be asking how what the parties are proposing will help us tackle our collective challenges: climate change, inequality and poverty, failing infrastructure, environmental decay, justice for Indigenous peoples, and racism and bigotry.

This election, in other words, will be a chance to decide whether we want something other than austerity—on “light” setting or full blast—and, if so, whether we are willing to pay the freight.

Decades of austerity, during which we have been asked to view ourselves as primarily taxpayers and consumers rather than as citizens pursuing some common good, have no doubt reshaped our collective view of taxes. So long as taxes are viewed as a burden, or worse, a punishment, rather than as how we operationalize the common good, austerity will continue to blunt the political imagination and limit our sense of what’s possible.

Sociologist Zygmunt Bauman, who died just over a year ago, spent the latter part of his career documenting the decline of the collective, the loss of trust in one another and in our governments, the loss of confidence that we can together shape the future. He worried that our collective action problems—those things we can solve only together—have never been more challenging, but that our collective toolkit has been severely weakened by decades of austerity. Rethinking taxes, which are, after all, how we pay for those things we do together because we could never do them at all or as well on our own, will be essential to rebuilding the collective.

We cannot hope even to begin to achieve a just transition to a green economy, or to provide a measure of economic security in an increasingly precarious world, or to reverse growing inequality and persistent poverty if we don’t reconnect taxes to the common good.

Alex Himelfarb is a former federal government executive with the Privy Council, Treasury Board, and numerous other departments, and currently chairs or serves on several voluntary boards. He chairs the advisory board of the CCPA-Ontario.