Much is at stake in Canada’s appeal of a court ruling against a harmful refugee pact with the United States
Author(s):
Laura Macdonald
Jeffrey Ayres
October 15, 2020 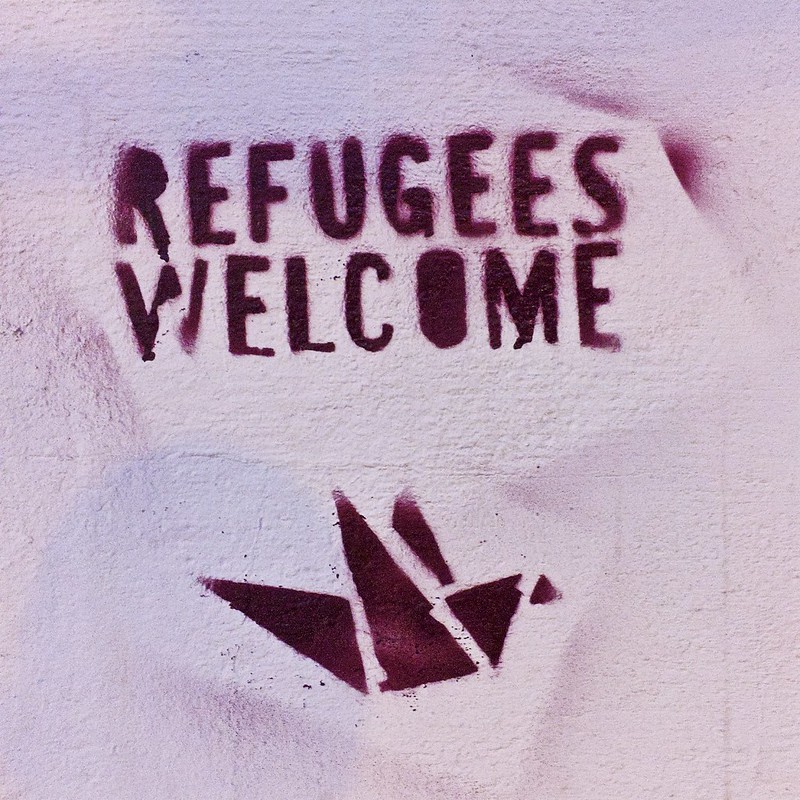 For the most part, Canadians like to think of themselves as open to immigration, especially compared to the anti-migrant policies that prevail in the United States and many parts of Europe. The Trudeau government has capitalized on this self-image, particularly in its response to the Syrian humanitarian crisis. Trudeau famously tweeted: “To those fleeing persecution, terror & war, Canadians will welcome you, regardless of your faith. Diversity is our strength.  #WelcometoCanada.” Beginning in November 2015, working closely with Canadian civil society organizations, the government welcomed over 25,000 Syrian refugees.

This image has been marred by the virulent response of the media and political actors to the thousands of people who have arrived in recent years, often on foot, to make an asylum claim at the Canada-U.S. border, primarily at Roxham Road in Quebec near the New York state border. This situation is the outcome of especially the new anti-migrant policies adopted by the Trump administration since 2016, and the long-term effects of the Safe Third Country Agreement (STCA) that Canada and the United States signed in the aftermath of the 9/11 attacks.

That agreement meant that Canada must turn away any individual who arrives at an official point of entry from the United States, preventing them from making a refugee claim in Canada, since the United States is considered a “safe country” to make such a claim. However, asylum seekers discovered a so-called loophole in that agreement that meant if they arrived between official points of entry, they had to be permitted to make their claim in Canada.

This July, the Federal Court declared the STCA unconstitutional, since it violated “the right to life, liberty and security of the person,” as guaranteed in the Canadian Charter of Rights and Freedoms. The case had been filed by Amnesty International, the Canadian Council for Refugees and the Canadian Council of Churches on behalf of several test plaintiffs. The judge’s decision confirmed the argument that had been made by refugee and human rights activists for years, that the United States, particularly under the Trump administration, was not a safe place for refugees.

The Trudeau government has nonetheless decided to appeal the decision, to cling to an indefensible agreement at exactly the moment the racist and nativist policies of the Trump administration make it all the more dangerous, illustrating the contradictions of refugee and immigration politics in Canada.

The Safe Third Country Agreement came out of the Canadian and U.S. governments’ Smart Border Declaration signed in December 2001. In addition to commitments to increased information sharing on perceived security threats, preclearance (for cross-border travel and goods shipments), shared border facilities, common standards, etc., the bilateral accord included measures to “identify potential security and criminality threats and expose ‘forum shoppers’ who seek asylum in both systems.” The STCA, which was meant to manage the flow of asylum claimants at land border ports of entry, was signed in 2002 and came into effect in December 2004.

The agreement represented a long-standing desire of the Canadian government to limit the number of people making refugee claims here, since would-be claimants are far more likely to travel by land through the United States to Canada to make a claim than in the opposite direction. Although the U.S. initially resisted Canada’s proposal, since it meant it would have to deal with more claimants, after 2001 the Bush administration agreed to this request in exchange for Canada’s co-operation on other U.S. security priorities.

The agreement means that Canada must turn away any individual who arrives at an official point of entry from the United States, preventing them from making a refugee claim in Canada, since the United States is considered a “safe country” to make such a claim. The Canadian government defended this measure based on the argument that the U.S. had similar policies to Canada regarding refugee rights (even though Canada accepts more claims). The agreement had a dramatic impact: in 2005, Canada received just over 4,000 claims at border points of entry, down from approximately 8,900 claims filed in 2004.

This situation changed with the election of President Donald Trump in 2016 on a notably anti-migrant platform, and his administration’s announcement in 2017 that it was ending the temporary protected status (TPS) designation. While the largest group of people benefitting from TPS were from El Salvador (about 200,000), the designation also covered nearly 60,000 Haitians who have been living and working in the U.S. since a devastating earthquake hit their country in 2010.

TPS was introduced in 1990 to provide temporary refuge to people in the United States who originate from countries affected by conflicts or natural disasters that prevent these people from returning home. Trump’s cancellation of the designation had the unexpected result of dramatically increasing the numbers of people crossing the northern U.S. border into Canada, often away from official border crossings, to seek refugee protection.

The refugee claimants took this more dangerous, “irregular” route to skirt the Safe Third Country Agreement, which requires Canadian border agencies to return claimants to the United States. Instead, people crossing into Canada at points between designated ports of entry were apprehended by RCMP officers and taken to official entry points to process their refugee claims.

The number of claims spiked in August 2017 when 5,712 people entered Canada “irregularly” to file asylum claims, mainly in Quebec. The province responded by opening Montreal’s Olympic Stadium to provide temporary housing. By 2018, 18,518 of the total 19,419 RCMP interceptions of individuals and families crossing the border occurred in Quebec. At the same time, the rate of acceptance of such refugee claims declined, Reuters reported, from 53% in 2017 to 40% in the first three months of 2018.

The debate over the Safe Third Country Agreement became, for a while, a lightning rod for racist and xenophobic rhetoric. Former federal Conservative immigration critic Michelle Rempel called on the Liberal government to close the “loophole” and extend the pact to the whole border. “Persons coming from a safe country and not directly fleeing persecution should not be able to ignore our laws and enter Canada illegally,” Rempel wrote. “If they do, they should be charged.”

In the federal Conservative leadership campaign in 2017, Kellie Leitch won applause from party members for saying that those who cross the Canada-U.S. border “illegally” should be “detained, questioned, and sent back to the United States immediately.” Lisa Raitt, then deputy leader of the Conservatives, raised concerns about the speed at which refugee claims were approved, claiming that “the border isn’t secure.” Raitt argued that Canadians were wondering why immigrants are able to walk across the border and said it was a security issue, not an immigration issue. Maxime Bernier, another leadership hopeful in that contest (who went on to form the anti-migrant People’s Party of Canada after losing), further argued that if police and border guards fail to stop the flow of migrants, “I would look at additional temporary measures, including deploying Canadian forces in troubled border areas.”

In the midst of this and other very public fearmongering, an August 2018 Angus Reid poll showed that two-thirds of Canadians believed that the arrival of people claiming asylum in Canada was a “crisis.” Storm Alliance and La Meute, two far-right nationalist groups in Quebec, argued that the situation represented an “invasion” of Quebec by “illegals,” and periodically held protests at Roxham Road holding the sovereigntist Patriote flag.

Provincial politicians also reacted with alarm to the increase in refugee claimants. In 2018, Ontario Premier Doug Ford, Quebec’s then-premier Philippe Couillard and Manitoba Premier Brian Pallister issued a joint statement that called on the federal government to provide compensation to the provinces for the increased costs associated with the arrival of irregular migrants, and to speed up the adjudication process for claimant hearings.

Subsequently, the numbers of refugee claimants arriving at the border declined. Moreover, as a result of “temporary agreements” between the U.S. and Canada, refugee claimants entering at official land, air and maritime ports were to be sent back to the U.S. Meanwhile, the Safe Third Country Agreement remains in effect while the federal government appeals the Federal Court’s decision, even though Amnesty International and others have demanded the agreement’s immediate suspension.

The Trudeau government may hope that a change in administration in the United States will undermine the case against the STCA. However, there is no guarantee that Trump will not be re-elected, or that a Biden administration would substantially improve the situation of asylum claimants in the United States. More fundamentally, the government’s decision to appeal the decision undermines Canada’s respect for international refugee law and risks fuelling anti-migrant sentiment, which is again running high in the wake of COVID-19 scapegoating by Trump and other right-wing politicians.