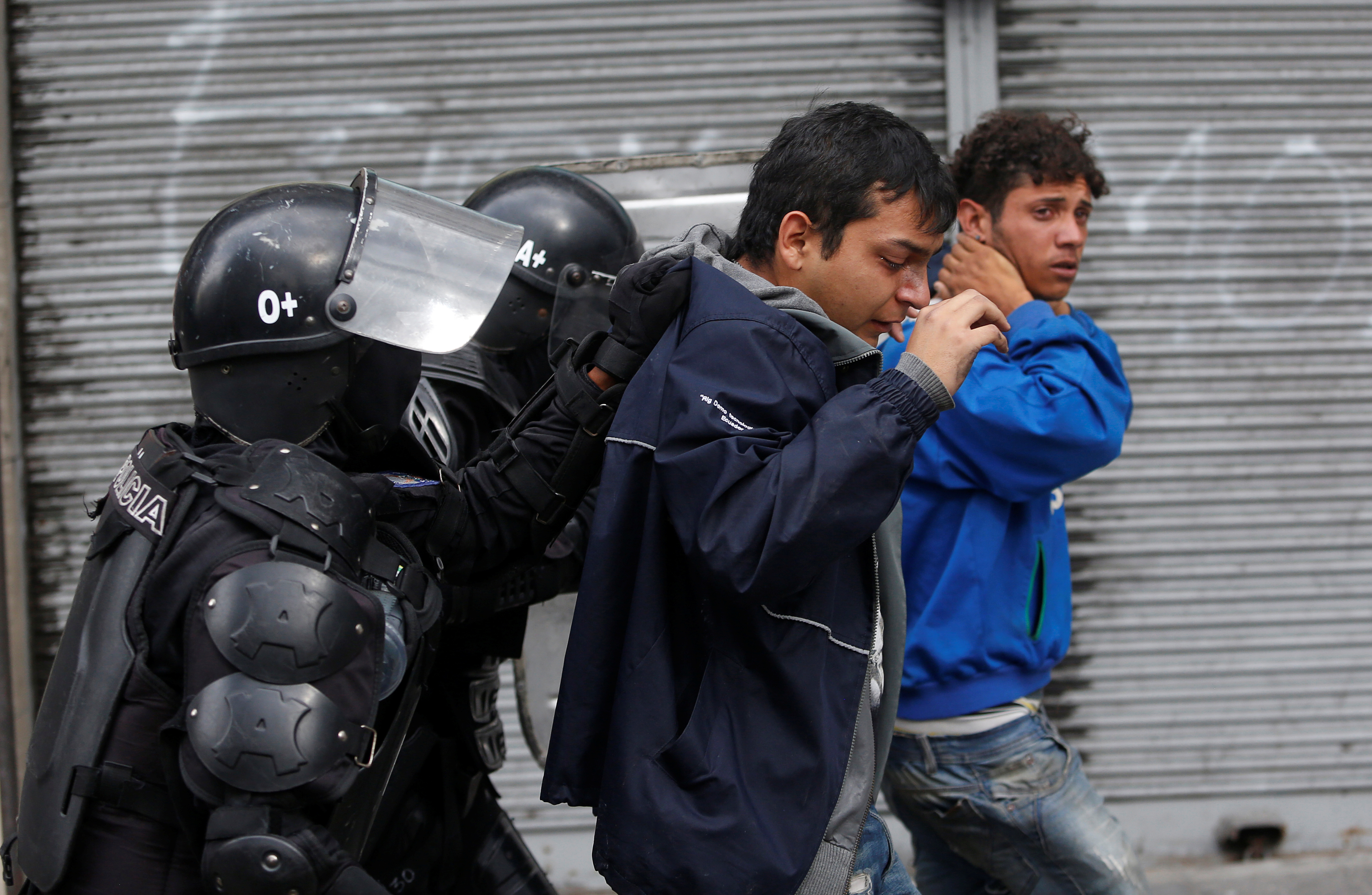 During the last months of 2019, large-scale protests against neoliberalism, corruption, inequality and poverty were flaring in Iraq, Iran, Lebanon, Indonesia, Algeria, France and Chile. The mass protests in Ecuador in October were provoked by an austerity agreement signed by the government of President Lenín Moreno with the International Monetary Fund (IMF) in exchange for a $4.2 billion loan. Had the deal gone through, Ecuador had promised to fire thousands of state workers, lower public sector salaries, raise taxes, cut public investment and increase gasoline prices by 30%.

This last promise particularly angered protesters, who “paralyzed the economy” for 10 days, stopping Ecuador’s oil exports in the process. The IMF’s loan conditions are notorious for destroying many economies in the Global South by imposing neoliberal “structural adjustment” on recipient countries since the 1980s. Moreno’s latest deal was called out for what it was: an unreasonable, unnecessary and ideologically driven bargain with the country’s conservative political forces and the economic elite.

The demonstrations in Ecuador lasted from October 3 to 13, culminating in an agreement between Moreno and Indigenous protesters whereby the president cancelled the austerity agreement and the demonstrations ended. Moreno’s security forces’ brutal assaults on protesters left seven people dead, 1,340 injured and 1,152 arrested.

“In a country that has seen very little unrest on a significant scale for the last 12 years, the deaths of seven people in less than 10 days is anything but normal,” write journalist Mohammed Hamarsha and linguist Cloe Perol in an article for the North American Congress on Latin America (NACLA). The article quotes a volunteer who was helping the Indigenous protesters and who holds the Moreno government responsible for the violence. “We are Ecuadorian people; we are all united in this,” she tells them. “And many of us are outraged by so many deaths for so much violence, that it is by the state, by the national police, and the military.”

When the transport unions struck a deal with the government—a guarantee of some kind of relief for the sector from higher oil prices—the Indigenous groups took a leadership role in the protests, bringing 7,000 people to Quito, Ecuador’s capital. They were soon joined by labour unions, students and other citizens’ groups. All told, an estimated 40,000 protestors would face off against the police and army that attacked them with guns, tear gas, rubber bullets and water cannons. The government temporarily moved its offices to the coastal city of Guayaquil.

Indigenous nations make up 7% of Ecuador’s population and are disproportionately poor compared to other citizens. Increasing fuel prices would have been especially hard for Indigenous small farmers who depend on cheap transport to bring their goods to markets affordably. One Indigenous bean and squash farmer who went to Quito to protest told Bloomberg News he spends about $120 per month on transportation and is concerned his costs would rise steeply if the reforms went into effect.

“The Moreno government wants to force us to accept these economic measures but will forgive high amount of debts of bankers and large companies, says Ñusta Sánchez (Kichwa), an Indigenous youth fellow with Cultural Survival, in an interview posted to the organization’s website. “They are violating our rights to express ourselves, to live in a quiet place and more than anything else we have the right to protest because we disagree. There are people who have little and these measures cause more poverty.”

“The loan was not needed by Ecuador,” says Andrés Arauz Galarza, who was general director of Ecuador’s central bank during the socialist government of former president Rafael Correa (2007–2017). “Ecuador had sufficient ways to finance its public expenditures with taxes, oil revenues and domestic debt. If necessary, it could issue bonds in the capital markets.

Moreno was vice-president under Correa from 2007 to 2013 and ran for office on a leftist platform as a candidate of Correa’s party Alianza PAIS. But after winning the presidency in 2017, Moreno rejected Correa’s progressive policies and shifted to the right—giving a military base to the U.S., handing over Julian Assange to British authorities and inviting the IMF into Ecuador.

Guillaume Long, who served as Ecuador’s foreign minister under Correa, tells me Moreno inherited a stable economy in spite of two very difficult years (2015 and 2016) when the price of Ecuador’s commodity exports collapsed causing “the biggest external shock since 1948.” Correa was able to shorten the recession “through the implementation of a number of measures to protect national production and employment, and thanks to a major tax reform,” says Long. By May 2017, when Moreno took office, “the economy had recovered and was growing at 2.5% again.”

According to Long, the fake economic crisis that Moreno has invented was firstly meant to hurt Correa, who is his main political opponent in Ecuador. The president accused Corea of orchestrating the protests from Belgium, where he currently resides, and of planning a coup against the current government.

The second reason the government is fomenting panic is “to prepare the people for the shock therapy Moreno and his economists wished to carry out,” Long adds. “Essentially a pro-elite, neoliberal structural adjustment program that would deregulate the economy and compromise the development model privileged during Correa’s government.”

To justify austerity measures, Moreno argues that Ecuador’s budget deficit and external debt are too high and need reduction. While both have increased over the past five years, so has Ecuador’s GDP. Meanwhile, Moreno’s economic policy, which went into effect in August 2018, included tax amnesty provisions that have resulted in about US$3 billion in corporate taxes being forgiven by his government. Cancelling fuel subsidies, had the IMF-agreed plan gone ahead, would have raised only US$1.3 billion for the government in a US$103-billion economy.

“What is truly interesting to witness is how Ecuadorians have become wise to this manipulation,” says Long. “A majority of Ecuadorian citizens are deeply opposed to these policies and to the IMF and its recipes.”

The Ecuadorean National Assembly unexpectedly scuttled the rest of Moreno’s neoliberalization plans, at least for now, by rejecting his proposed monetary and tax reform package on November 17, 2019. “[T]hat would have meant a full neoliberal revolution in the tax, planning, fiscal, monetary and financial deregulation sphere,” as Arauz puts it. But Ecuador’s elite has nowhere else to go and Moreno remains very much their man in government.

“Moreno does not really exist politically,” says Long. “He was sustained during the protest…by the elites and the army. He is essentially a weak puppet, used by those who wish to banish Correa from political life in Ecuador.”

“It is important to understand that the only way the current authoritarian alliance has managed to keep ‘correismo’ at bay is by jailing its leaders,” Long continues. Immediately after the end of the protests, the government initiated “a major crackdown on the democratic opposition…something which takes us back to the…military dictatorships of the ‘60s and ‘70s, and something we are seeing throughout South America at the moment.”

The police raided the home of Paola Pabón, governor of the province of Pichincha, arrested the Correa ally and accused her of supporting an armed rebellion. Several other opposition figures got the same treatment while still others fled to the Mexican embassy where they have been granted asylum or left the country.

Drawing parallels to the right-wing coup last year in Bolivia, Long says “this is the most authoritarian it has been in Ecuadorian history, certainly in my generation, and arguably for decades.”