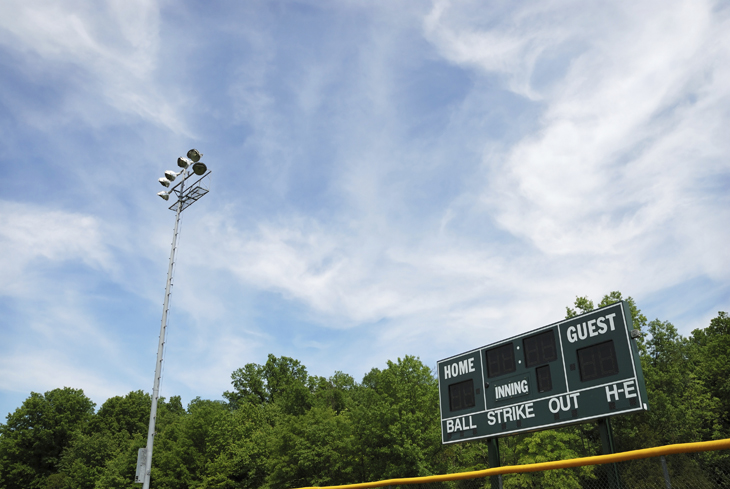 Babe Ruth didn’t hit a home run the first time he stepped onto a baseball field. Frederick Banting and Charles Best didn’t isolate insulin after an hour in the laboratory. Rosa Parks didn’t end segregation in the United States with one bus ride.

The innovations and events that really change our world, shape history and inspire generations often come at the end of a long series of failures—failures driven by high aspirations and high stakes. There is no question that the stakes are high today. So why do our aspirations seem so small?

The debates that are taking place around the upcoming election in Canada are an opportunity to take a big swing at the big challenges we face. The problem is political campaigns hate risk almost as much as they hate complexity. Say something new, propose something big, try something no one else has tried, wade into sticky, long-term problems… Forgetaboutit.

Campaign managers aren’t entirely to blame. They exist in a media environment that would rather replay a five-second public gaffe on an endless loop than broadcast complex discussions of complex problems. Probably most Canadians remember Mitt Romney’s “Binders full of women.” A debate on how to achieve pay equity? That’s outside the media comfort zone (even in a two-month election campaign).

Which is why this election period is sure to be marked by the slow trickle of small, focus group–tested ideas into a sea of platforms that sometimes look more beige than red, blue, green and orange.

We can do better. We can dream bigger. We can be the focus group from hell. You know, the one that wants to know why we haven’t put an end to child poverty or when we’re going to wake up and smell the climate change.

Allow me to pitch you, dear voter, some big ideas.

1. The best place in the world to be Aboriginal

Imagine if Canada’s relationship with First Nations, Métis and Inuit peoples was marked by respect, dignity and pride. What would that platform look like?

In one year: Hold an inquiry into missing and murdered Aboriginal women and girls. This could fail. It could follow in the footsteps of the B.C. inquiry that did not provide adequate support for the family and community members who wanted and needed to be present. It could produce no action, save no lives.

Or it could provide a platform for the families and communities that have been systematically ignored by non-Aboriginal governments (“not high on our radar”).

Women like Rinelle Harper, who was left for dead by the side of the Assiniboine River, can stand before Parliament and make their demands. Families who were told by police that their missing daughters “were probably out drinking” can remind decision-makers that Aboriginal women are loved and valued. Real action to end violence against Aboriginal women and girls could save lives.

In five years: First Nations communities have safe drinking water, safe and adequate housing, and functional schools. Bring First Nations child poverty levels from near 50% to the national average of 14%. How it could fail: inadequate funding, inadequate support, and a poorly managed process that doesn’t put First Nations peoples at the centre of decisions about their own communities could result in everyone walking away from the table.

Or we could realize the dreams of Shannen Koostachin, the young woman who just wanted a safe and comfortable school for herself and her community and fought for it until her death at the age of 15. The Red Cross wouldn’t need to provide heat and drinking water for residents of Attawapiskat.

In 20 years: A fundamental transformation of the political and fiscal relationship between Aboriginal peoples and the Canadian government, based on treaty rights, the UN Declaration of the Rights of Indigenous Peoples and the principle of free, prior and informed consent.

This could fail. The negotiation of treaty rights could be undermined by the interests of those hoping to profit from resource extraction on Indigenous territories. Debates over repealing the Indian Act could create further divisions between communities and political leaders. The whole thing could devolve into such a highly technocratic legal process that the peoples whose interests are at stake are excluded from it.

Or Canada could be the model for the countries around the world seeking to establish new relationships between Indigenous and non-Indigenous governments.

Imagine if Canada traded in its Fossil of the Year award for something greener.

In one year: Implement a National Harmonized Carbon Tax (HCT) and invest the new revenues in renewable energy, green infrastructure and tax refunds for individuals. It could fail. Provincial governments could refuse to participate. The carbon price could be lowered to the point that it doesn’t incentivize any change of behaviour. High-emitting sectors could successfully lobby against the implementation of the tax.

In five years: Generate 90% of our electricity from non-emitting sources. To reach this goal the government would have to start investing immediately in green infrastructure (including better public transit), home energy efficiency retrofits, create tax incentives for energy storage, and work across sectors to support lower emissions and more energy-efficient manufacturing processes. How it could fail: high-emitting fuel prices could drop, working against the incentives provided for both consumers and manufacturers to switch to lower-emitting fuels.

Or we could be on the road to a sustainable future for the next generation, with more efficient homes, better public transportation and greener jobs.

In 20 years: Canada could be a global leader in reducing its greenhouse gas emissions to near zero, punching above its weight when it comes to slowing down global warming. By slowly accelerating these policies (increasing the HCT, investing in green infrastructure over time, shifting manufacturing processes), Canada could see its GHG emissions get close to zero by 2040.

How it could fail: we could hold on to the Fossil of the Year award for another generation, leaving the kids to pay the price of catastrophic climate events and global warming.

Or Canada could help tip the balance toward a global effort to reverse a global phenomenon and move the global community away from petty debates about who spilt the milk, so that we can start cleaning it up.

3. End violence against women and girls

Imagine if women were safe in their own homes. Imagine if girls could go to school without being harassed. Imagine if everyone agreed that the cause of rape was rapists and not the behaviour of the victim.

It could fail. A lack of leadership and resources could send this the way of all gender mainstreaming. Crossed and cut.

Or we could have concerted federal leadership on an issue that affects millions of women and costs our economy more than $12 billion a year.

It could fail. We could continue to rely on police-reported data even though the police, researchers and Statistics Canada all agree that 90% of sexual assaults and 70% of domestic violence incidents are never reported.

Or we could stop making decisions in the dark and start putting our resources where they will make a real difference.

In 20 years: No one dropping their daughter off at school will have to worry that she will be assaulted in her residence. No woman will have to think twice about sitting at a bus stop after dark. Our public and private spaces will be equally safe for women and men.

It could fail. We could throw up our hands and say, “It’s too complicated, this takes generational change.” Or we could open our eyes to both the violence that is all around us and the possibilities for change.

Some of our goals will take longer to achieve. We will, on occasion, strike out. Get booed. But please, don’t leave the field, close the lab, or get off the bus.

Kate McInturff is a senior researcher with the CCPA and director of the organization’s Making Women Count project. Follow her on Twitter @katemcinturff.