Home › Publications › The Monitor › A topology of power

A topology of power 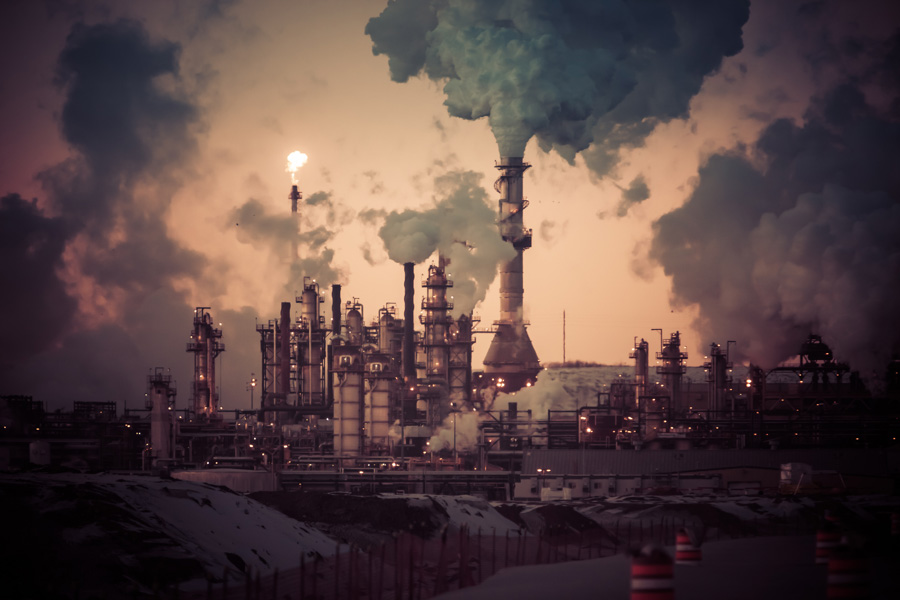 The election of Justin Trudeau as Prime Minister and Rachael Notley as Alberta Premier held the potential to shift Canada’s energy politics away from full-force denial to a recognition, in perhaps the two legislatures where it matters most, of the need for action. The First Ministers’ meeting on climate change last December ended with a national climate framework that’s been hailed by many as “historic.”

Unfortunately, as Marc Lee argues in this special Monitor feature on the Corporate Mapping Project, the framework is a baby step at best. The measures announced by the First Ministers are not enough to ensure Canada meets its (already inadequate) Paris Agreement commitment to reducing greenhouse gas emissions by 30% below 2005 levels.

The big yawn with which the fossil fuel industry appeared to greet the national plan is another sign it lacks teeth. After all, the fundamental purpose of meaningful climate policy can only be to shift us away from extracting and burning fossil fuels.  Yet even the Canadian Association of Petroleum Producers (CAPP), the country’s most powerful oil lobby group, says the framework is necessary to “balance” the environment and the economy.

It is not surprising that our political leaders are, for the most part, reluctant to plan for a gradual wind-down and phasing out of our oil and gas industries. After all, the fossil fuel industry is tremendously powerful, in economic, political and cultural terms.

The Corporate Mapping Project is an attempt to make this power and influence visible, to map power, by investigating the ways it is organized and exercised by fossil fuel industries. The initiative—a partnership of academic and community-based researchers and advisors who share a commitment to advancing reliable knowledge that supports citizen action and transparent public policy-making—is hosted by the University of Victoria, and jointly led with the CCPA’s B.C. and Saskatchewan offices and the Parkland Institute in Alberta.

While the Corporate Mapping Project focuses on how power and influence plays out in the oil, gas and coal industries of B.C., Alberta and Saskatchewan, we are also connecting this activity to other sectors of the economy, both national and global, and other parts of society, including governments and other public institutions, think-tanks, lobby groups, etc. In the process, we hope to support communities, workers, Indigenous groups, civil society organizations and concerned citizens in their efforts to reshape our economy along more democratic and environmentally sustainable lines.

Our mapping efforts are focused in four key areas:

1. How are the people and companies that control the fossil fuel sector organized as a network, and how does that network connect with other sectors of the Canadian and global economy?

2. How does that economic power reach into political and cultural life through elite networks, funding relationships, lobbying, and mass media advertising and messaging? What are the implications of such corporate influence for politics and society?

3. How is corporate power wielded at ground level, from fossil fuel extraction and transport right through to final consumption? If we follow a barrel of bitumen from its source to the end user, for example, how does it affect the communities and environments along the way? How and why do certain links along these commodity chains become flashpoints of intense political struggle, as we have seen with pipeline projects?

4. How can we help citizens monitor corporate power and influence while expanding the space for democratic discussion?

The work of the Corporate Mapping Project, which will span six years thanks to funding from the Social Sciences and Humanities Research Council of Canada (SSHRC), is accessible at www.corporatemapping.ca. It will include an open-source, publicly accessible database of who’s who in and around the fossil fuel sector, kept current by community researchers (currently under development).

Much of what you’ll read in this special Monitor feature is taken and adapted from the project’s work. While it’s too early for us to draw conclusions, the themes of access to power, and influence on government policy and messaging, come up again and again in our research.

Consider the recent federal approval of two new major oil pipelines just days before the First Ministers’ climate meeting. As Mike Lang and Shannon Daub point out in this issue, big oil companies are also big lobbyists, bending the ear of governments and enjoying a level of access we ordinary citizens can only dream about.

Over a six-year period ending October 2016, there was about one contact every two business days between industry and one level of government or another related to Kinder Morgan’s Trans Mountain pipeline expansion—one of the two projects greenlighted by the Trudeau government.

Not all of these powerful industry players are from the fossil fuel sector. We describe how financial institutions like the Royal Bank of Canada have a major stake in oil, gas and coal companies through their investment funds and loans, and are directly linked through “interlocks” at the board level. This could explain why Royal Bank CEO David McKay publicly makes the case for new oil sands pipelines while simultaneously urging Canada to “lead the world to a lower carbon economy.”

McKay’s views are characteristic of the new narrative from corporate Canada. The idea—that we can take action on climate change even while building new pipelines—is as contradictory as it sounds.

As Marc Lee outlines, in a second article, we already export more greenhouse gas emissions (in the form of oil, gas and coal resources) than we emit domestically. Canada cannot extract and export ever-increasing amounts of crude oil and natural gas without undermining the Paris Agreement on climate. Doing so would kill any prospect of keeping global warming below 2 degrees Celsius.

This simple reality has not sunk in for Prime Minister Trudeau and Premier Notley, or, importantly, the industry itself, which remains doggedly obsessed with getting Alberta’s oil sands oil to “tidewater” on Canada’s west or east coasts. They argue it is the key to unlocking higher prices for Canadian heavy crude. But as David Hughes notes in this issue, this argument is based on a temporary difference between international and North American oil prices from 2011 to 2014 that is unlikely to recur anytime soon.

Does all this mean there’s no hope for genuine, ambitious action on climate change? That the fossil fuel industry, despite its newly green-tinged talk, has a permanent stranglehold on our ability to make the transition to a zero-carbon future? We don’t think so.

Growing public opposition to key projects, including the Kinder Morgan and Energy East pipelines, and a list of legal challenges by First Nations that gets longer every day, pose real challenges to the industry’s expansion plans. The recent victory at Standing Rock against the Dakota Access pipeline (Trump’s executive-order approval notwithstanding) reminds us of the power of resistance and protest.

Paul Bowles and Fiona MacPhail offer another example of “corporate power defeated” in their account of how a local community’s successful challenge to a major global corporation was an important factor in stopping the Northern Gateway pipeline.

Making a democratic climate transition will not be easy. Workers in resource-dependent communities already feel threatened by the idea of transition, since it implies shutting down their only source of income. We must contend with this reasonable fear, as well as the entrenched power of the fossil fuel industry, through new investments in enhanced public services, like housing and transit, and expanded employment insurance, training and other programs to ensure the transition is fair to these workers and their communities.

As Shannon Daub argues this issue, years of fiscal restraint had made such large-scale public investments in a green revolution almost unimaginable. Until today, that is.

The neoliberal framework at the heart of Canadian (and much of the developed world’s) economic policy took a big hit from the global financial crisis of 2008. Financial sector deregulation, public service privatization and other laissez-faire reforms to that point had a brutal impact on vulnerable groups. The predatory nature of neoliberalism, its tendency to redistribute income upward, and its reduction of human relations to mere consumer interactions have spurred protests around the world.

The recent successes of right-wing populist movements, most importantly south of the 49th parallel, show that people yearn for alternatives to “business as usual.” The great challenge of our time will be persuading citizens that the alternative lies in reclaiming our democracy from the corporate interests behind neoliberalism, including those who profit from polluting the atmosphere.

The climate crisis presents us, then, with a challenge and opportunity. Countering the power and influence of fossil fuel companies will benefit from knowledge of precisely how the industry is organized. If the Corporate Mapping Project can show who holds this power, and how they deploy it for their own private interests, it can only strengthen the public case for a democratic, just transition away from fossil fuels.

In other words, by exposing the topology of power influencing Canadian energy policy, we might discover new paths to a greener future.

Shannon Daub and Bill Carroll co-direct the Corporate Mapping Project. Shannon is Associate Director of the CCPA’s B.C. office, and Bill is a professor of sociology at the University of Victoria.