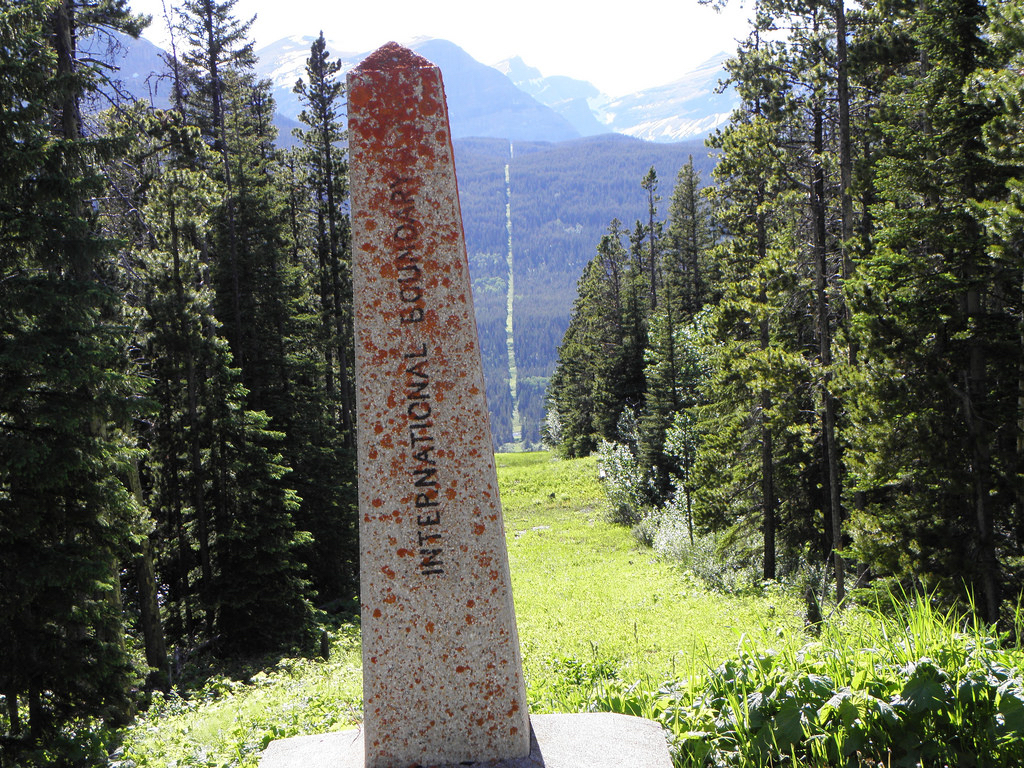 The spate of recent border crossings, particularly in the small town of Emerson in southern Manitoba, as well as in Quebec over the Summer of 2017, have brought to attention a rather forgotten piece of paper that prevents refugees from seeking safe haven in Canada if entering from the United States.

The document, called the Safe Third Country Agreement (STCA), is a bilateral agreement between the U.S. and Canada that bars individuals who come through one of the two countries from making a refugee claim in the other, subject to a few limited exceptions. For example, the agreement only applies to individuals crossing at a land-border checkpoint. It does not apply to individuals who are already inside Canada, regardless of where they were before.

Since the election of Donald Trump, the STCA has resulted in the literal loss of life and limb. Individuals and families have sought in desperation to cross the border irregularly, at night and in the dead of winter, out of fear they will be sent back to the U.S. by Canadian border authorities. They worry their claims for status may not succeed under the Trump administration, even if they are genuine, or that they will be deported to the very countries from which they are fleeing persecution.

Whether these deportations occur or not, the fear is real. That fear, and the risk of being turned back at official border checkpoints, are driving people to cross into Canada irregularly.

It is not illegal to cross a border without permission in order to seek refugee status. Language used by the media and many politicians, particularly on the right, is not just misleading and inaccurate, but harmful. It suggests that refugee claimants are doing something wrong, or worse, something criminal. The use of the term irregular is therefore deliberate.

In international law, and in Canadian immigration law, there exists an exception for individuals fleeing persecution to be able to cross international borders without authorization in order to make a refugee claim. Upon the adjudication of the claim, the individual in question is either granted refugee status or denied it, leading to the ensuing consequence.

Amnesty International, the Canadian Council for Refugees (CCR), the Canadian Association of Refugee Lawyers (CARL) and the Canadian Council of Churches (CCC) are among the many organizations who have joined with academics and practitioners, including from the U.S., to call on Canada to suspend the STCA. In early 2017, over 200 Canadian law professors joined together to write an open letter to the minister of immigration, refugees and citizenship, echoing the call. A Harvard report in February 2017 argued that the idea the U.S. is safe is “wrong and unfounded.”

There are mounting concerns that the Trump administration is willing to risk violating long-established international human rights laws, including the prohibition against torture and the refoulement of individuals to countries where they may suffer persecution. Indeed, the prohibition on non-refoulement is a bedrock of international refugee law, accepted as binding on all states, which are barred from deporting refugee claimants without a fair hearing, particularly to the countries they are fleeing.

In 2007, Amnesty, the CCR and the CCC challenged the Safe Third Country Agreement as being dangerous to the lives of refugees in a way that violated their rights. They won at Federal Court, but were overturned on appeal on the grounds (among others) that the Court cannot contemplate Charter violations based on “hypotheticals.” In plain language, this meant that the justice system was not interested in preventing harm—only repairing it.

Well, we now have evidence of irreparable harm. A young man lost his fingers and toes to hypothermia after walking across the Manitoba border on a particularly cold night. This spring, a woman lost her life trying to do the same. Dozens of others have suffered physical and psychological trauma from perilous winter crossings.

In June 2017, these same organizations announced another round of litigation based on the recent loss of life, the harm suffered by many migrants and the desperation so many are forced to endure. Their announcement came on the heels of a comprehensive 52-page brief from the CCR and Amnesty International, contesting the designation of the U.S. as “safe.”

The report outlines, among other things, barriers in the U.S. that make it incredibly difficult for refugees to successfully gain protection. For example, a procedural ban prevents asylum seekers from filing a claim after one year of being in the U.S., forcing them to remain undocumented, risking detention and even deportation.

This ban is one of the push factors causing many Haitians fleeing the aftermath of the 2010 earthquake, who have lived in the U.S. for years without proper documentation, to look to Canada for asylum. Under the agreement, they would be barred from access to Canadian refugee protection if they arrived at an official border crossing, leading many to cross at unauthorized locations.

As Ottawa refugee lawyer Jamie Liew has argued, by allowing the STCA to stand, the Canadian government is signalling it would rather allow the U.S. to make asylum claim determinations instead of doing so itself. This is problematic not only because the asylum system in the U.S. is dangerous for refugees, but also because we ought to have faith in our own domestic refugee protection system.

We have the resources to process asylum claims arising at the Canada-U.S. border and we must step up to the plate to provide protection to those who are so desperate as to risk everything just for a chance at a safer, better life in Canada.

The federal government could save hundreds of thousands of dollars in litigation costs (and almost certainly more in damages) by simply listening to experts from across North America who work on the frontlines. Suspending or cancelling the SCTA, which simply involves sending written notice to the U.S. government (per Article 10 of the agreement), would also help Canada avoid the embarrassment of having to make the bizarre argument in court that Donald Trump is safe for refugees.

It is without question that suspending the SCTA would save lives. If there were no reason to fear being turned back to the U.S., asylum seekers would simply present themselves at a Canadian checkpoint to be processed. This would address not just the human rights concerns, but also those from the right (however inflated) that the borders are insecure. It would reduce pressures on small border towns who worry that their limited emergency resources are being diverted to help desperate asylum seekers.

Prime Minister Trudeau has tweeted about how welcoming Canada is to refugees. But tweets on their own will not prevent loss of life on the Canada-U.S. border.

In fact, it is downright disingenuous for the prime minister to signal that Canada is safe for asylum claimants afraid of anti-Muslim and anti-refugee rhetoric in the U.S., only to then send them back to the U.S. when they arrive. If the federal government is serious about protecting asylum claimants, it must suspend the STCA immediately.

Aditya Rao (@aditrao) is an organizer with the Ottawa Sanctuary City Network and is in his final year of a joint JD and MA program, specializing in the law of forced migration, at the University of Ottawa’s faculty of law and Carleton University’s Norman Paterson School of International Affairs. He has been active in refugee and migrant rights organizing for a decade.

This article was published in the September/October 2017 issue of The Monitor. Click here for more or to download the whole issue.