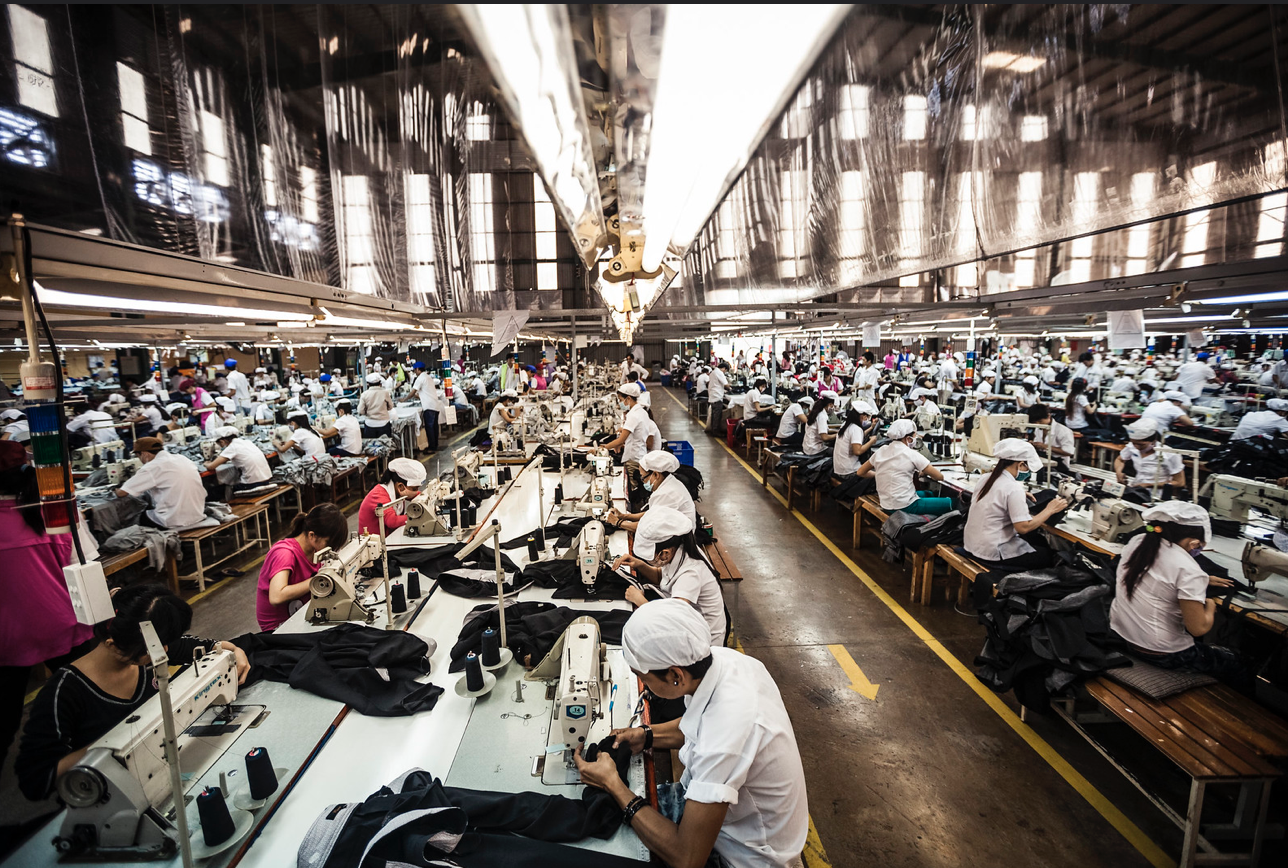 As of the first week of August, official records showed that 10 people had died of COVID-19 in Vietnam since the outbreak of the virus earlier this year. Up to then, the country of 97 million had been the pandemic’s standout containment star, holding infections to just over 550 by July 31. While Vietnam’s achievement is good news, the successful containment was a tactical necessity for a country whose export-oriented economy, and the health system it helps fund, are increasingly dependent on a healthy if underpaid workforce.

Kamal Malhotra, the United Nations Resident Co-ordinator for Vietnam, says there are 10 key factors in Vietnam’s COVID-19 success: “early action, excellent contact tracing, strategic and free testing, shutting down flights [from bordering China, and later the EU and U.S.]…, mandatory 14-day free testing, food- and lodging-based quarantine for passengers on arrival and for those asymptomatic and even for those twice removed from infected patients, [a] whole-of government and whole-of-society co-ordinated response with clear centralized decision-making authority, transparent real-time public communication, good enforcement of measures, compliance by [the] general public [and] an overall effective and largely free primary health care system for citizens for COVID-19 related medical care.”

Malhotra tells me that, despite “a recent COVID-19 new wave based in the city of Danang, which has now led to its first batch of deaths since the end of July,” he remains confident that Vietnam, “using the strategies enumerated above, will bring this new wave under control within a relatively short period of time.”

At approximately 1,000 to one, the ratio of COVID tests to infections in Vietnam is by far the highest in the world, While, this was in part a response to concerns the country’s health care system would not be able to handle a mass influx of patients, according to Malhotra there was never any ambivalence that the health of the people was most important, and that this would also then lead to a healthier economy in both the short and long run. The cumulative cost of Vietnam’s response in early July, at about 0.2% of GDP, is remarkable, and no new debt has been incurred.

Since the “normalization” of its relations with the United States in 1995, inequality has grown in Vietnam as a consequence of its rapid shift to capitalism. Hanoi’s economic strategy focuses on export-oriented industrialization, which consists of making Vietnam a cheap labour haven to attract foreign investment made up mainly of Singaporean, Chinese, South Korean, Japanese, Taiwanese and Thai factories in 18 Special Economic Zones (SEZs) in coastal areas. Vietnam’s main exports are electrical equipment, electronics, footwear, clothes, coffee, leather and fish.

A major component of Hanoi’s export-oriented economic model are 13 bilateral and multilateral free trade agreements including the Comprehensive and Progressive Agreement for Trans-Pacific Partnership (CPTPP), which came into effect in December 2018 and comprises 11 countries (Canada, Japan, Chile, Australia and Mexico and others), and the European Union–Vietnam Free Trade Agreement (EVFTA), which took effect August 1. Vietnam became a member of the World Trade Organization in 2007 with support from the George W. Bush administration. As China-U.S. relations worsen under leadership of presidents Trump and Jinping, many Western firms with production in China are looking to move into Vietnam.

Angie Ngọc Trần, a professor of political economy at the California State University Monterey Bay who specializes in historical and contemporary labour movements in Vietnam, tells me workers “who toil in the export-oriented industries,” such as textiles, garments, shoes and electronics, have not fared well during this period of neoliberal restructuring. There is only one state-mandated labour federation in the country and Vietnam only last year ratified ILO Convention 98 on the right to organize and collective bargaining. Free speech is also curtailed in the country.

“Overall, wildcat strikes are still going on with complex reasons, increasingly with broader political and economic concerns,” says Trần. “Many strikes still occur in foreign-invested companies, which often fail to comply with terms of labour contracts, including [committing] wage thefts and shirking benefit contributions such as mandatory social insurance contributions. [The foreign companies] also fail to publicly announce wage rates and give no paid vacations.”

Trần calls Vietnam’s SEZs “Special Exploitation Zones” designed to entice foreign investment in manufacturing. Minimum wages in the country range from US$132 to US$190 per month, which Oxfam points out is far below the living wage for the region. The Vietnam General Confederation of Labour (VGCL), the official and only trade union central in the country, complained in April 2013 that wages only covered 50% of necessary spending for workers. Most urban workers “were destitute and physically wasted away,” said the VGCL. “They rent cheap, shabby rooms and cut daily expenses to a minimum [and] suffer serious malnutrition and other health risks.”

The SEZs have also increased poverty and inequality in the countryside. According to Nick Davies, a journalist for The Guardian (U.K.) who visited Vietnam in April 2015, “Millions of farmers have been driven off their land to make way for factories or roads. In the early ‘90s, nearly all rural households (91.8%) owned land. By 2010, nearly a quarter of them (22.5%) were landless.”

A 2017 Oxfam report on Vietnam expressed alarm at how great the economic gap had become between richest and poorest. “The richest man in Vietnam earns more in a day than the poorest Vietnamese earns in 10 years and his wealth is so great that he could spend $1 million every day for six years before exhausting it,” said the report, which identified 210 superrich individuals with more than U$30 million each and a total fortune of about U$20 billion (12% of Vietnam’s GDP). Many of these nouveau riche got that way by “taking advantage of loopholes in the governance system,” wrote Hanoi-based journalist Tran Le Thuy in the Nikkei Asian Reviewin March 2019. Some are former bureaucrats appointed to lead privatized state services (a phenomenon Canadians will be familiar with from the Mulroney years).

In her article, Le Thuy quotes former Vietnamese president Truong Tan Sang, who wrote in the country’s People’s Daily newspaper that corruption is worse now than it has been in the Communist Party’s 70-year history. “There is collaboration between those in power and rent-seekers to abuse state policies,” he wrote. “They arrange business deals that benefit some individuals and groups greatly, but cause immeasurable damage to the state budget and disrupt the economy.”

In addition to the maltreatment of workers, most of the SEZs are also characterized by “poor performance and mismanagement, accompanied by severe environmental degradation and land waste,” according to Nguyen Minh Quang, a geopolitics lecturer at Can Tho University in southern Vietnam. Protests have forced the government to suspend its plans to add more of these low-wage, low-regulation export processing zones. In June 2018, thousands of people demonstrated in large towns in six provinces against the government’s attempt to pass a draft law that would set up three new SEZs benefiting mainly Chinese companies. Workers also went on strike in two provinces.

The protesters were concerned about “losing national sovereignty to China,” says Trần, noting the 99-year leases proposed for companies in the draft legislation. They also raised questions about further environmental damages for which foreign companies are already notorious in Vietnam. “If this law is passed, unchecked toxic industries and ambiguous union protection will endanger generations of Vietnamese workers and their families and the environment for everyone,” warned Trần in a July 2018 article. The government has backed off its intentions to introduce the draft law in the National Assembly for the time being.

A quarter-century of capitalism has landed Vietnam in a low-income, low-technology trap from which there appears no easy way out. As Trần puts it, in a 2015 article, “Vietnam’s position in the global supply chain has exposed firms to low value-added assembly operations and workers to non-livable wages, sub-standard working conditions and a vicious cycle of underdevelopment and poverty.”

Trần gives the example of electronics, the leading export industry in Vietnam. The foreign multinationals that dominate the sector could transfer technology and skills to local Vietnamese companies if they made the latter their suppliers. But U.S. and Asian electronics companies in Vietnam “are assembly plants that use imported raw materials and do not connect to the local economy.”

This situation is partly due to the fact that unlike in China and South Korea, the Vietnamese government has not implemented a national industrial policy geared toward knowledge and technology transfer so that Vietnam could move up the industrial development ladder. Add to this the massive negative impact of COVID-19 on world trade and Vietnam’s economic model could be facing a bleak future.

Vietnam’s second biggest export industry is clothing and its largest customer the United States, whose economy contracted by a record-breaking seasonally and inflation adjusted rate of 32.9% in the April-June quarter due to the COVID lockdown. Given the situation, the U.S. is unlikely to increase and may not maintain the level of clothing imports from Vietnam, which had increased 16% from 2019 to early 2020. If President Trump wins the U.S. election in November, he may choose to see the U$55.8 billion trade deficit with Vietnam (for 2019) as a problem.