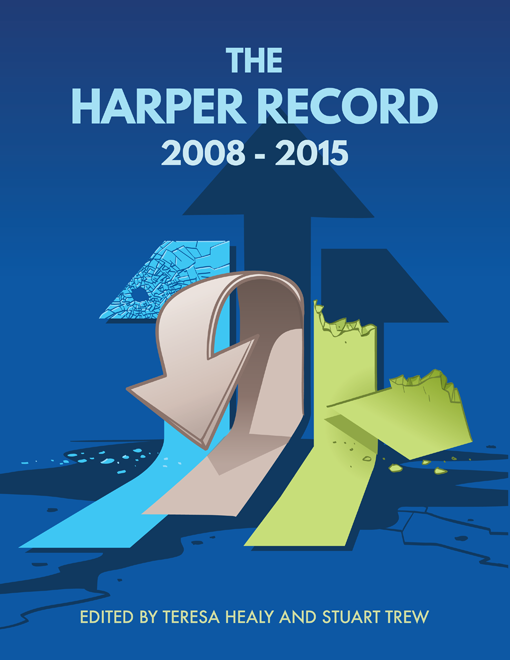 This book, which builds on the 2008 collection The Harper Record, continues a 25-year tradition at the Canadian Centre for Policy Alternatives of periodically examining the records of Canadian federal governments during their tenure. As with earlier CCPA reports on the activities of the Mulroney, Chrétien and Martin governments while in office, this book gives a detailed account of the laws, policies, regulations, and initiatives of the Conservative government of Prime Minister Stephen Harper while in minority (from 2008 to 2011) and majority (from 2011 to 2015).

The 36 writers, researchers and analysts who have co-written this book probe into many aspects of the Harper government’s administration over the last two parliamentary sessions. From the economy to the environment, social programs to foreign policy, health care to tax cuts, the tar sands to free trade deals, and many other areas, these chapters dig through the facts and key moments for this government over the past seven years, highlighting in particular its policy response to the global financial crisis and Great Recession.