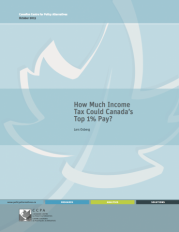 How Much Income Tax Could Canada's Top 1% Pay?

The findings find that a new 65% marginal tax rate for top earners could yield between $15.8 billion and $19.3 billion in additional tax revenue. To put these revenue gains in context, in 2012-2013 the total tuition revenue of Canada’s colleges and universities was $8.1 billion and federal infrastructure spending was $5 billion.

The paper finds scant evidence that higher top tax rates would prompt a rush of “job creators” or “the best and brightest” to emigrate. Tax law could also be amended to deter tax avoidance and tax evasion, as well as implement tax on capital gains. 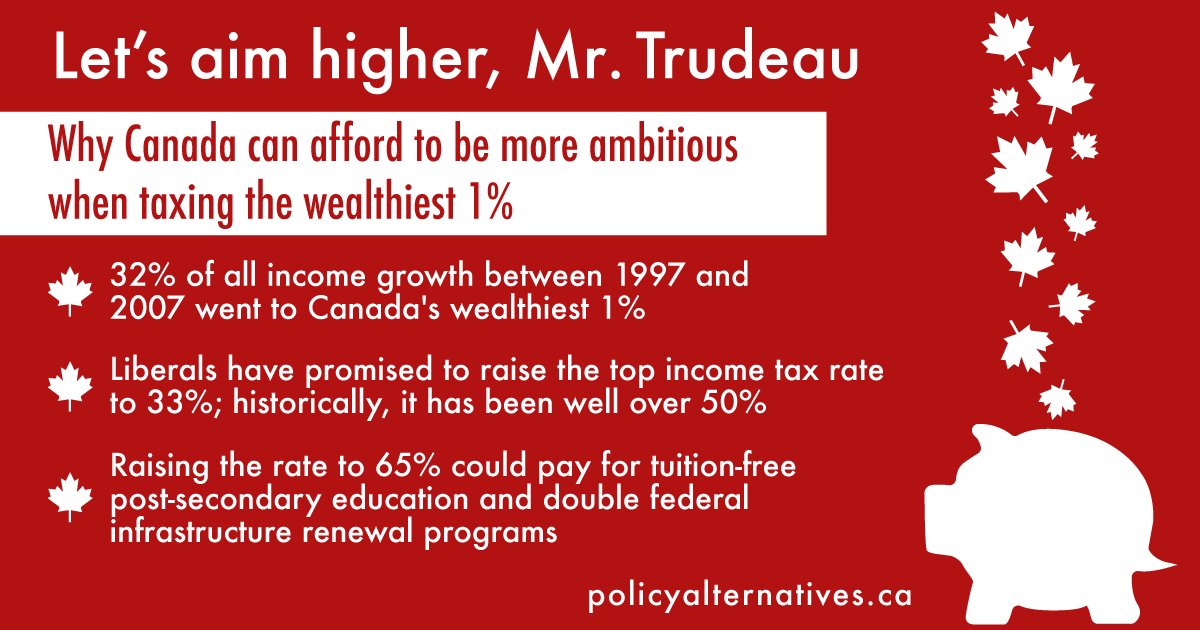