Home › Publications › Reports & Studies › No Crisis on the Horizon 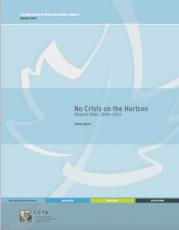 No Crisis on the Horizon

At $284.6 billion in 2014-15, Ontario’s debt has caused some concern, but the raw debt number alone indicates little about any government’s capacity to manage it. That’s why economists look at the debt-to-GDP ratio: it indicates the size of that debt relative to the economy and what share of the economy’s resources is required to pay for the debt.

CCPA-Ontario senior economist Sheila Block's latest report deals with the question of Ontario's debt. She indicates concerns about Ontario’s debt post-recession may be overblown, and says there is no Ontario debt crisis looming on the horizon.