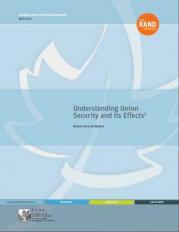 Understanding Union Security and its Effects

Canadian labour law has ensured that all workers who benefit from collective agreements contribute to the cost of maintaining those agreements through union dues. Today the security of unions is under attack within Ontario, and elsewhere in Canada. This paper looks at how Conservative proposals, imported from the US, would threaten union security in Ontario by removing the Rand Formula requirement of mandatory dues  payment, and allowing workers to opt out of the bargaining unit.

The Rand Formula is a formula dating back to 1946 when a decision was made during an arbitration hearing by Justice Ivan Rand that union dues would be paid by all employees benefitting from the collective agreement, not just signed union members. This means the employer deducts the dues from all employee paychecks and then forwards those funds to the union. The Rand Formula prevents employees from benefitting from the work of the union, while not paying union dues. [Source]