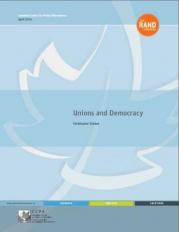 It is well known that unions and collective bargaining allows workers to achieve progress in areas such as compensation, working conditions, and other "economic issues". This report examines how unions have also had a positive influence in their communities, in society at large and on the quality of our democracy.

The Rand Formula is a formula dating back to 1946 when a decision was made during an arbitration hearing by Justice Ivan Rand that union dues would be paid by all employees benefitting from the collective agreement, not just signed union members. This means the employer deducts the dues from all employee paychecks and then forwards those funds to the union. The Rand Formula prevents employees from benefitting from the work of the union, while not paying union dues. [Source]