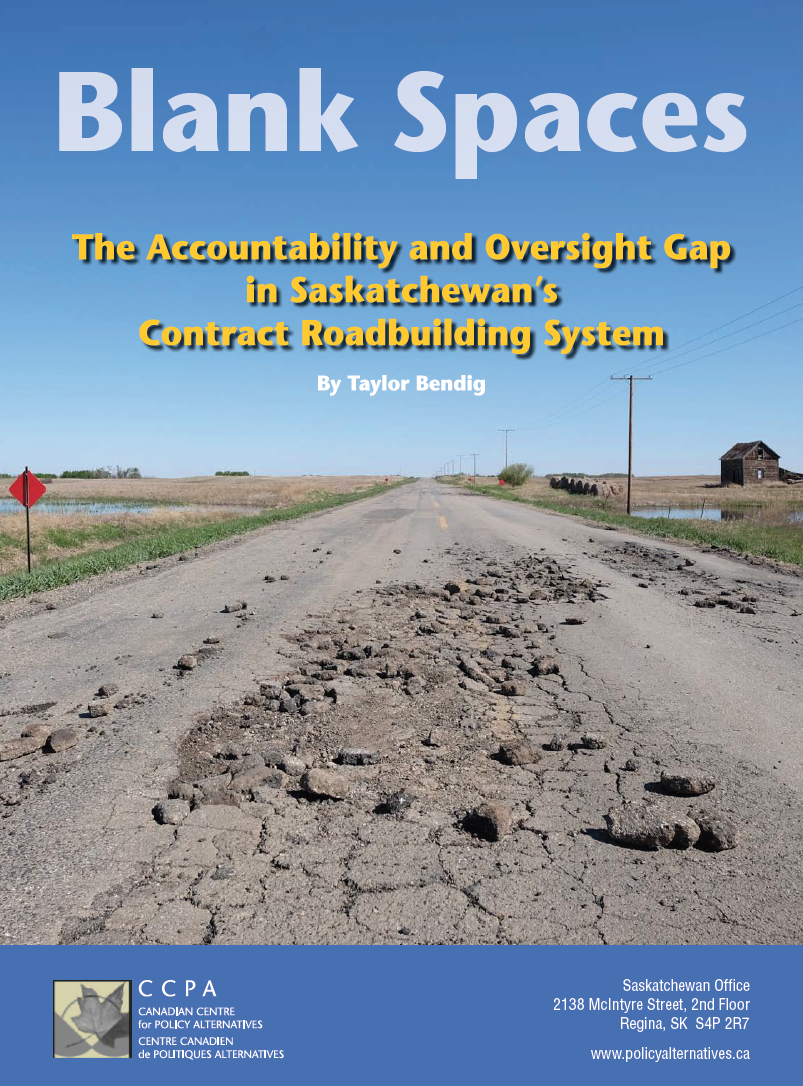 A new report from the Saskatchewan Office of the Canadian Centre for Policy Alternatives raises serious concerns about accountability and oversight in the Ministry of Highways and Infrastructure (MHI) contract road-building system. Blank Spaces: The Accountability and Oversight Gap in Saskatchewan’s Contract Roadbuilding System by Taylor Bendig identifies systemic neglect and carelessness within the Ministry’s contracts with private roadbuilders. Mr. Bendig’s review of over 250 Ministry contracts illustrates a pervasive pattern of negligence as basic accountability measures such as price breakdowns, contract completion dates, late penalties and performance deposits are only used sporadically if at all.

The report also finds that vague and open-ended highway construction contracts leave the government particularly vulnerable to paying for work “that is unsatisfactory or excessively expensive.” Indeed, with spending on highways reaching record-highs, the inability of the government to maintain even basic mechanisms of accountability and oversight in its roadbuilding contracts contributes to a system that is potentially ripe for abuse. The author concludes with a series of recommendations that could restore a measure of accountability and transparency to the roadbuilding contract system.