The WTO Public Forum in Geneva is an annual event bringing together civil society, unions, academics and member states to discuss pressing issues facing the global trade system—issues that are typically excluded from the narrow negotiating agenda at the WTO's Ministerial Conferences where agreements are made (or not, considering the stagnation of the current Doha Round of trade talks). 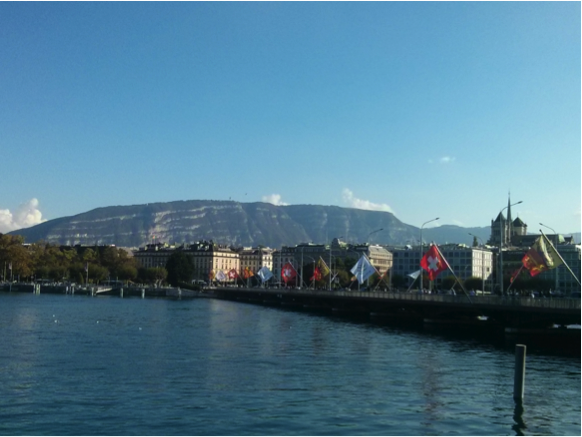 Topics at this year's forum, which took place October 1-3, included Africa's development, global value chains, sustainable development, the significance of regional trade agreements and the ubiquitous investor-state dispute settlement (ISDS) mechanism. The title of the event was "Why trade matters to everyone," but the unspoken overarching theme was why the World Trade Organization matters amidst renewed skepticism of its relevance.

The opening plenary captured the sentiment that trade is necessary for development and economic growth but acknowledged how inequalities between states, widespread poverty, food insecurity, environmental degradation and other factors inhibit people from realizing the benefits of trade. More important, though, was what was not said: the WTO is slipping in its position as the arbiter on international trade, leaving a gap in who has the capacity to effectively address these issues within the context of proliferating free trade agreements (FTAs). Although the WTO as an institution will remain important, in particular as the main arbitration point for trade disputes and through the provision of technical support to developing countries, it must fundamentally rethink its structure and function given the current trade governance landscape.

Significantly, that will mean coming to terms with the emergence of "mega-regional" FTAs that call for deep integration between key players in the global economy. These agreements exclude many developing countries, seek unprecedented levels of liberalization, and afford a disconcerting swath of rights to corporate entities. The laundry list of new agreements includes the Canada–EU Comprehensive Economic and Trade Agreement (CETA), International Trade in Services Agreement (TISA), Transatlantic Trade and Investment Partnership between the EU and United States (TTIP) and the 12-country Trans-Pacific Partnership (TPP), all of which have major implications for Canadians and the Canadian economy.

Paradoxically, while the WTO Public Forum participants were preoccupied with this tangle of new plurilateral agreements, the organization can do very little about it. WTO member states continue to cut corners to accelerate integration and liberalization, leaving an NGO community increasingly exasperated. The result is an annual exchange of entrenched and well-rehearsed positions rather than a genuine dialogue about the issues facing the trade community.

Canada's contribution to the forum was pronouncedly in the area of agriculture. Ron Bonnett, president of the Canadian Federation of Agriculture, spoke about the importance of family farms and access to trade for farmers. Jennifer Clapp, professor at the University of Waterloo, spoke about the ill-suited nature of comparative advantage theory as an economic paradigm for food security. A common thread in both panels was how trade rules in developed countries have global implications, leading to heated debate on the politically sensitive subject of domestic supports in agriculture (e.g. subsidies). The recently concluded CETA also got a lot of attention, but not solely for its impact on Canada or the EU.

That is because CETA will have an adverse effect on developing countries around the world. It will do this by setting a blueprint for both the larger TTIP and likely all subsequent free trade agreements between rich countries and the developing world. That will mean increases in the costs of generic drugs, constrained policy space for regulation, impeded regional economic development programs, prohibitions on domestic preferences in public procurement (including local food purchasing for municipalities), and rights for investors.

Combined with the Trans Pacific Partnership, CETA thus casts a long shadow over the prospects of an inclusive trade regime that is responsive to the needs of developing countries, as well as to sustainable development, environmental concerns and public policy. Where participants in the WTO Public Forum wanted to see the WTO reformed to accommodate these goals, the new trade rules in CETA and other plurilateral agreements will continue to be exported around the world under the logic of integration and trade liberalization.

So what can be done? Globally, citizens are waking up to the threat of the new free trade agreements, and there is increasing cross-continental opposition to the TPP, TTIP/CETA and TISA. If negotiators fail to conclude these agreements, the conversation on trade may return to the relatively more inclusive and accountable WTO.

On the other hand, the conclusion of even one of these groundbreaking plurilateral FTAs might lead to a cascade effect, precipitating the others. If this is the case, the prospects for a more equitable trade system are dim. The WTO will sit on the sidelines as the world's key state and corporate players draw the rules of a new global trading system, with fundamental public goods hanging in the balance.

Amy Wood is a master of arts candidate at the Balsillie School of International Affairs and a research assistant at CCPA. Her research engages the relationships between trade, gender, food security and agriculture.